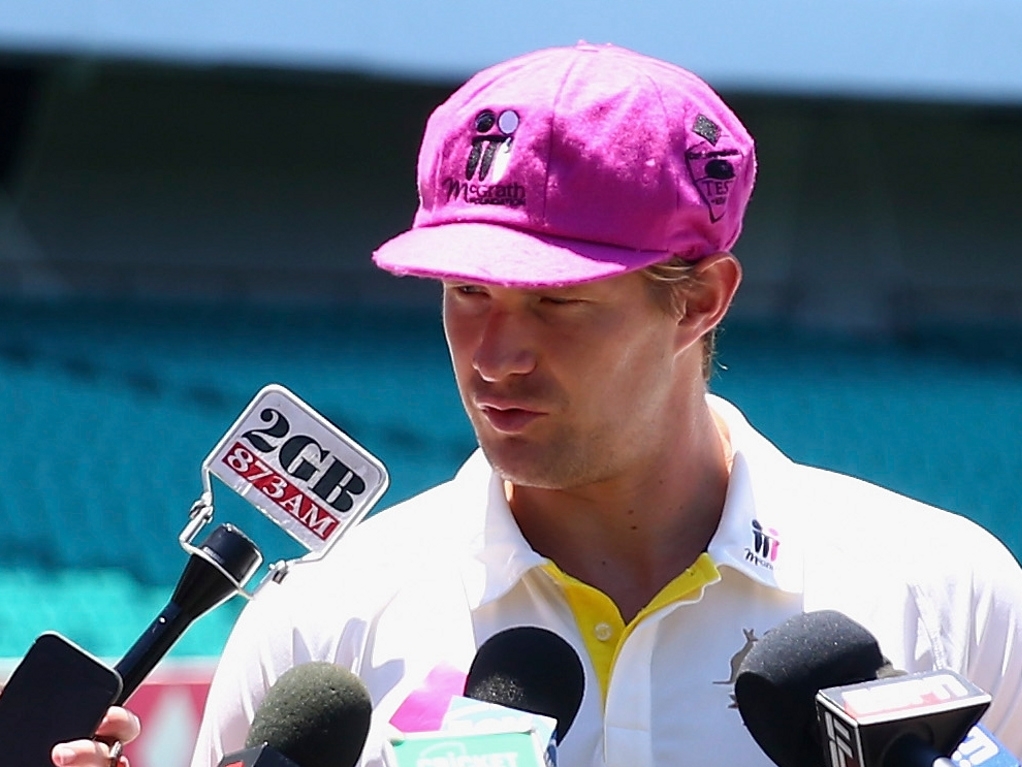 Australia all-rounder Shane Watson knows his batting efforts in the past year have not set the world alight, and is feeling the pressure to score significant runs at the top of the order or risk his place.

Watson has just one half ton in the three Tests against India so far, and last scored a Test century in the Ashes in Perth, so is hoping that his luck will turn at the SCG in the fourth Test.

Watson said: "So far in this series I've been very disappointed with my output. I've been working very hard on my game, to be able to put all the pieces together after breaking it down in the off-season.

"The thing I think about the most is to just being able to contribute to the team, not whether I'm playing or not.

"It's more so just being able to contribute to the team and feel like I'm not a passenger in the team.

"I do really want to be there to be able to contribute with bat and ball, that's what I think about the most."

The all-rounder was one of the players on the field when Phillip Hughes was struck by a bouncer in late November, and died two days later. Watson has not returned to the ground since then, and anticipates a difficult walk to the middle.

Watson said: "It's the first time I've been back here since just before Phil's funeral. It was always a time that I wasn't really looking forward to, coming back to the ground.

"But in the end, enough time has sort of passed to be able to find my own personal way to be able to deal with what happened to Phil. I'm sure once I get out into the middle and playing, those visions will be coming back.

"We've only really come together just now, so I'm sure we will (speak as a group) over the next couple of days, especially the guys who were on the field at that moment.

"I still haven't been out in the middle yet so I'm sure once I go out there all those memories will come flooding back very quickly."

Watson admitted that he'd been worried about facing shorter deliveries for most of the series, especially after being struck on the helmet in the nets, and only felt comfortable at the MCG in the third Test.

He said: "For the first couple of Test matches it was always in the my mind, the back of my mind obviously because of what I saw and trying to go through it and process what happened that day out here.

"Melbourne was the first time I really started to feel the confidence sort of grew back in myself and my game to know that my instincts are going to be hopefully good enough to play the short ball well and not get myself in too much trouble."