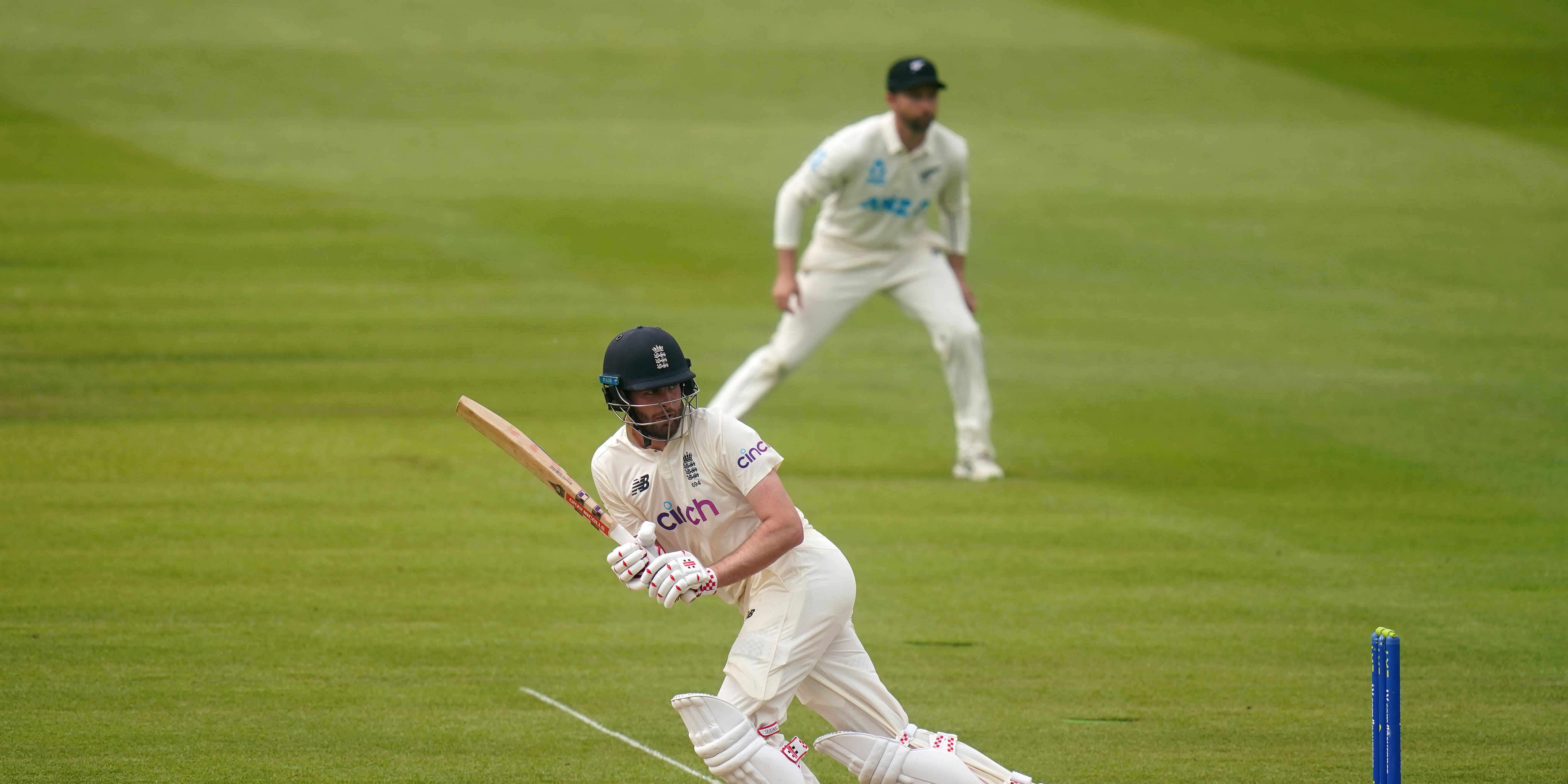 England reached 56 for two at tea on the final day after being set an improbable 273 for victory in 75 overs by New Zealand, with a draw now the likeliest outcome in the first Test at Lord’s.

The Black Caps batted adventurously on the final morning, swelling their overnight 62 for two to 169 for six before a generous declaration at lunch, giving England a possible 75 overs if they wished to chase down the target.

The hosts, though, seemed content to make sure they avoided defeat, with first-innings centurion Rory Burns and number three batsman Zak Crawley the only England wickets to fall in the afternoon.

While New Zealand’s front-line seamers Tim Southee, Kyle Jamieson and Neil Wagner were demanding as the tourists went in search of their first Test win at Lord’s since 1999, it seems the teams will head to Edgbaston next week for a series decider all square, barring a dramatic final session.

Any thoughts of the game drifting towards a dull denouement were dispelled, at least in an entertaining morning session, as the Kiwis looked to make quick runs, increasing their overnight lead from 165 to 272 before declaring.

Broad, though, had his first Test wicket in six innings when, coming from round the wicket, he thudded Latham’s thigh pad, but New Zealand continued to take the belligerent approach, with Taylor creaming Robinson over midwicket before a slightly streakier second six off Mark Wood, with a thick edge flying over third man.

Taylor should have departed lbw to Anderson but England had burned their reviews. Fortunately for the hosts, Wood drew Taylor into a drive in the next over after going wide of the crease, with a thick edge flying to Bracey, who took a good catch diving to his right to see off the veteran for 33 from 35 balls.

There was rain in the air as Joe Root brought himself on to bowl, with the England captain getting himself in the wickets column when Henry Nicolls gloved an attempted reverse sweep in to the hands of a diving Burns at slip. The shower then grew heavier, leading to an early lunch, during which New Zealand declared their innings.

There were still 75 overs remaining in the day but if England had designs on pulling off what would be the third highest successful chase in a Lord’s Test, it was not immediately apparent as Burns and Dom Sibley started cautiously.

Sibley, on a pair after his first-innings duck, edged just short of the slips off the searching Jamieson, who bowled five successive maidens to keep England in check, only conceding a run from the 36th ball he bowled.

Burns looked much more comfortable at the crease than Sibley but the Surrey captain was twice struck on the glove by balls that reared alarmingly from Southee, coming round the wicket, generating swing.

Burns first needed treatment from the first of those while the second dropped just short of the slip cordon. Burns, though, departed for 25 when Wagner located the outside edge in his second over, with Southee taking an excellent low catch at second slip.

The probing Wagner then drew a mistake from Sibley (19 not out), who flashed hard just wide of third slip, before Crawley aimed a flat-footed waft at Southee which was caught by Nicholls at gully on the stroke of tea.