Home News England against the ropes

England against the ropes 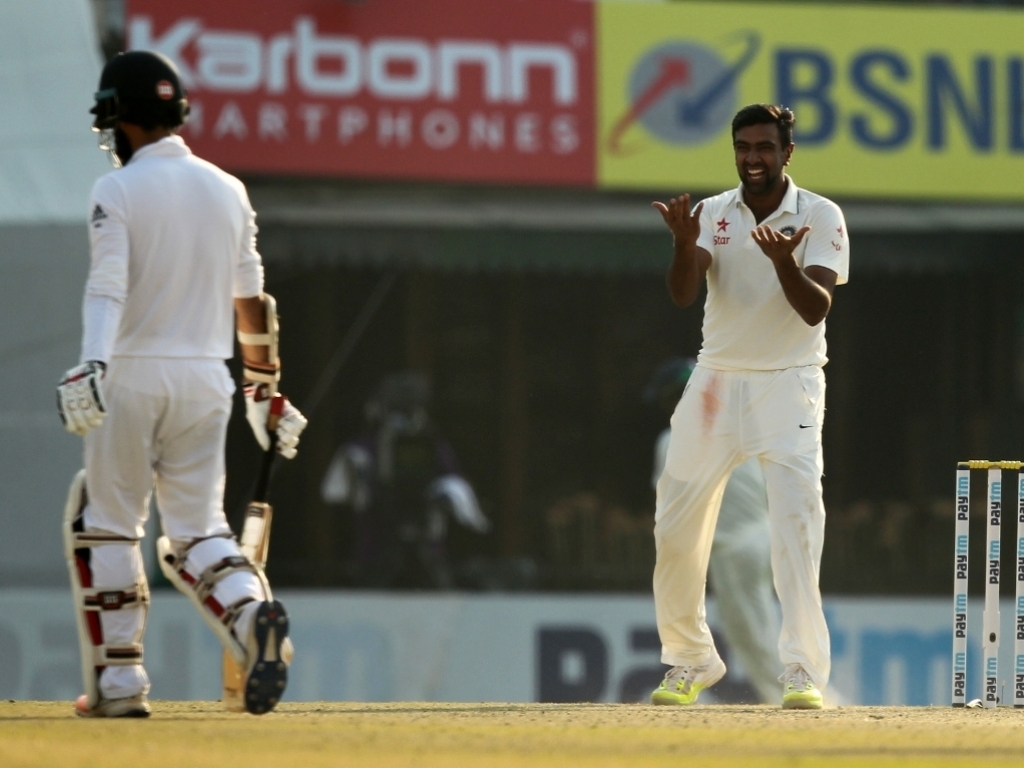 England find themselves in deep trouble after day three of the third Test against India at the PCA Stadium in Mohali as they ended on 78 for 4.

The tourists are still 56 runs behind India and have already lost 4 wickets having allowed the hosts to build 134 run first innings lead.

India began the day 271/6 three runs ahead of England and a massive effort from their tailenders undid the good work the tourists had done with the ball on day two.

Ravichandran Ashwin got things underway by smashing Chris Woakes to the boundary and that was an omen of things to come for England as an aggressive rearguard action from India helped build a sizeable first innings lead.

The England bowlers found the edge of the bat a few times early but the ball would drop short of the keeper and corden each time.

The introduction of Ben Stokes would work a treat England as Ashwin (72) skewed a drive to point off the fifth ball of the allrounder’s first over.

Jayant Yadav joined Ravindra Jadeja at the crease and he would play a patient knock as his more experienced partner pushed up the tempo.

The pair would add 80 before Jadeja departed just ten short of a maiden Test century as he skied one from Adil Rashid.

Jayant and Umesh Yadav then took India passed 400 with the former going to his maiden test half century.

Jonny Bairstow dropped two catches in one Ben Stokes over before off the final ball of that over Moeen Ali grasped a chance to send Jayant packing for 55.

Stokes would get Umesh (12) in his very next over to complete his five for and finish with figures of 5 for 73 and wrap up the innings.

The injury to Haseeb Hameed forced England to push Joe Root up the order to open with Alastair Cook.

Cook survived a review off the bowling of Jadeja in the ninth over of the innings before DRS came to his rescue in the very next over as he reviewed after being given out leg before to Ashwin.

He wouldn’t last too much longer with Ashwin getting his man, bowling him through the gate for 12.

Moeen Ali was next in and didn’t last long as he added his name to a growing list of England batsmen to throw away their wickets, dancing down the track to Ashwin and lobbing one to mid on.

First innings hero Jonny Bairstow fell for just 15 playing back to one that kept low from Jayant and getting a faint edge that was brilliantly taken by Parthiv Patel.

England were rocking when Ashwin hit Stokes on the pad in front of off stump, he was given not out on the field but Kohli would review the decision and when Stokes was given out would give the big allrounder a cheeky send off, pressing his finger to his lips in the same way the Durham man had done after dismissing the India skipper.

Gareth Batty (0*) was sent in as nightwatchman and England limped to the close on 78 for 4 with Root unbeaten on 36 and carrying England’s hopes on his shoulders.