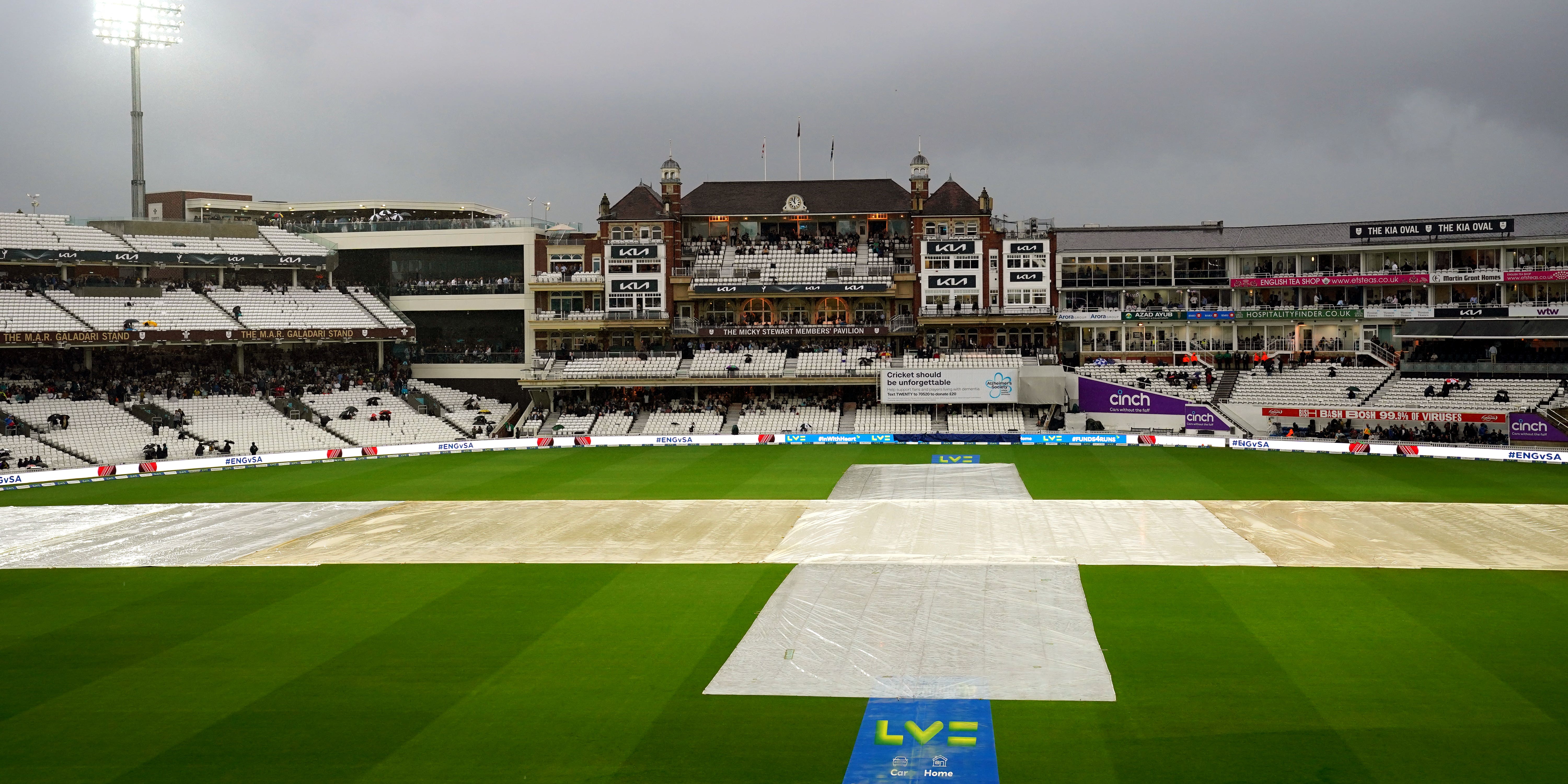 England and South Africa were thwarted by persistent showers at the Kia Oval as the opening day of the third LV= Insurance Test was washed out.

There was plenty of anticipation for this rubber match after the sides traded innings wins but following a brief delay because of overnight rain, Ben Stokes won the toss and elected to bowl first.

It proved to be a false dawn, however, as the heavens opened just before the rearranged start time, setting the tone for a frustrating rainy day.

While there were dry interludes, a couple of umpires’ inspections of the pitch came and went without the prospect of play and any hope of some action on Thursday was officially abandoned at 4.45pm.

Debutant Harry Brook, who was presented with his maiden Test cap by Yorkshire team-mate Joe Root, must therefore wait to take the field having been named 24 hours earlier as the replacement for the injured Jonny Bairstow in England’s only change from their victory at Emirates Old Trafford last time out.

South Africa made a raft of changes, bringing in batters Ryan Rickelton and Khaya Zondo for the injured Rassie van der Dussen and out-of-form Aiden Markram, while all-rounder Wiaan Mulder and left-arm quick Marco Jansen replaced spinner Simon Harmer and seamer Lungi Ngidi, who was ruled out with a niggle.