Home 2015 World Cup England are strangled by their orthodoxy

England are strangled by their orthodoxy 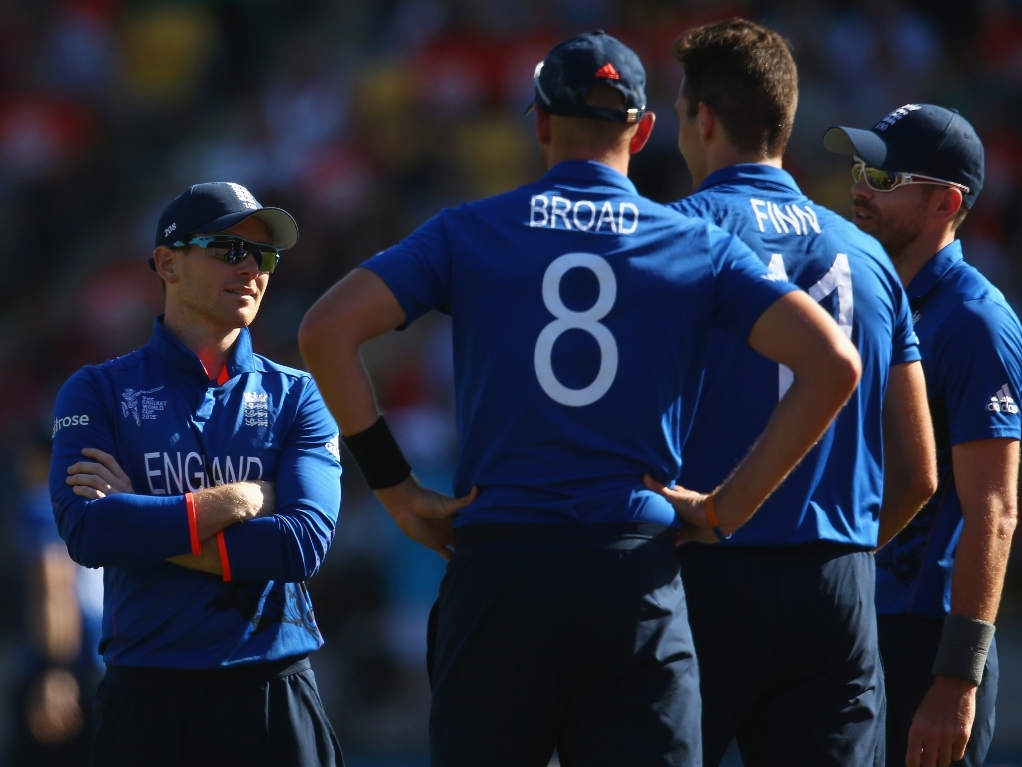 Lasith Malinga stands at the top of his mark. He sets off towards the crease. He kisses the ball on the way as his curly hair with dyed blonde tips bounces as he effortlessly jogs toward the bowling crease.

As he reaches the stumps his delivery stride is almost an afterthought as he bowls the ball chest on with his arm extended to the side. It shouldn't work, but it does and as a result he has been left to carry on doing it.

His bowling coach from when he was a teenager was former Sri Lankan pacer Champaka Ramanayake. They worked together on his accuracy as Malinga was fast but wayward. There was a brief but aborted attempt to get him to bowl with a more upright action but that was quickly abandoned when it saw the bowler lose pace. He was allowed to bowl the way that made the most sense to him.

Sri Lanka has often been the home of the unorthodox, with Muttiah Muralitharan being the most famous, but there's any number of other players that have homespun techniques. This has led to them having a varied attack. In this match they had Malinga’s slingers, Herath with his left arm spin, Dilshan with his right arm darts, Lakmal with his wobbly seamers and Mathews with his changes of pace.

Contrast that with the England attack. They have four seam bowlers. All of them are right arm over the wicket. All of them have similar actions. All of them deliver the ball at a similar pace.

While all four are decent bowlers, there is no mystery and even less variety in this attack. The unorthodox is either coached out or drummed out of English cricket. Maurice Holmes, a truly different bowler that was dubbed the 'English Murali' was tested for throwing until he failed. He now works as a solicitor.

There have long been twitterings about the regime at the England High Performance programmes at Loughborough. The number of bowlers that have left the winter programmes injured is far greater than those that have progressed into the England first team.

They are strangled by their orthodoxy; it is a bigger weight than any large seabird that Samuel Taylor Coleridge could imagine.

It is not just in the bowling department where England stick to the textbook. For some reason, England selection has been dominated by how you score rather than how many. It took Matt Prior trying to keep wicket with one functioning leg for the selectors to give Jos Buttler a sustained run in all formats.

At the top of the order England have picked Ian Bell to anchor the innings and decided to plump for Gary Ballance at three. Ballance is short of match practice and even shorter of form, but he has technique and Test pedigree. While this cautious approach may well be England’s best hope, it hasn't prevented them being bowled out inside their 50 overs 13 times in the last 20 ODIs.

Again, the difference in technique and approach from the Sri Lankans is striking. Dilshan is unorthodox enough to have had a ramp shot named after him. It was the Sri Lankans that revolutionised batting in one day cricket on their way to victory in the 1996 World Cup.

When these two teams met in that tournament, England had a top four of Test match players with a sedate approach. Here we are, almost 20 years later, and little has changed. In that game six World Cups back, England limped to 235. Sri Lanka chased it down in 40 overs.

The problem for England is not that they are playing the wrong team with the wrong tactics, although they are. The biggest issue is they are picking out of form players who are then executing those tactics poorly.

The frustrating thing is that none of this is new. These criticisms of England are so well worn that they are the default setting for fans and the media. These are good players, a few have the potential to be great, and we consistently see them not living up to their potential. That has to be a failing of management.

In an excellent piece for Cricinfo, George Dobell spoke of England losing the enjoyment of playing cricket. He related a story of a member of the coaching staff being told that they could not celebrate their birthday because it would be a distraction.

There is no doubt that this grind is having an effect on longevity of careers, even if we can't know for certain if it is hampering performance.

Whereas other nations regularly have cricketers playing up to and into their forties, England players are chewed up and spat out by their mid-thirties. The last man to play for England past his fortieth year was John Emburey 20 years ago.

England need to find a way to get the most out their players for as long as they can. At the moment they are failing at that. Badly.

Lasith Malinga wasn't at this best in Wellington, he picked up just one wicket and went at more than a run a ball. Even then he did better than any of England’s seamers at making the batsmen think. The Sri Lankans just knocked the ball around and found the boundary with ease. When a wicket did come, it was a surprise.

England now need to win their remaining games to get to the quarter finals, and once again their conservative has seen them underperform at a World Cup. If they don't change things, it won't be the last.