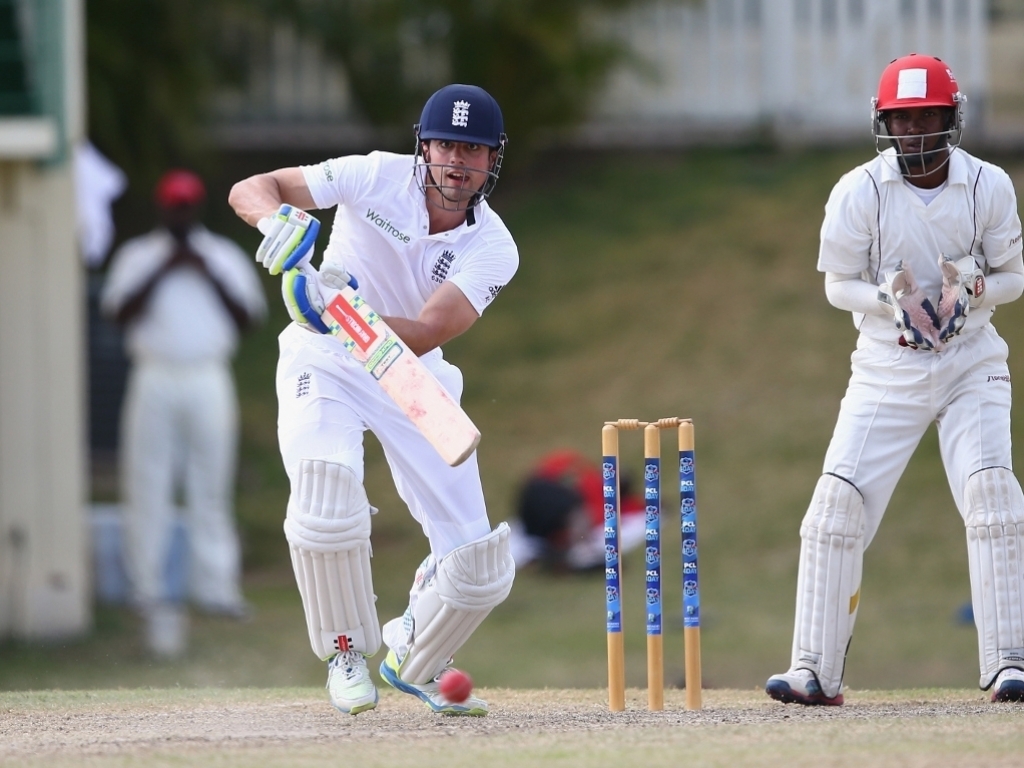 England should go into the first Test against the West Indies on Monday fairly satisfied after most of their batsmen spent a decent amount of time in the middle on the last day of their two-day warm up against a St Kitts Invitational side.

After the local side scored 303 for nine on Day one of the match, with the help of a few of the tourists' players, England set about the day intent on occupying the crease.

Adam Lyth, getting his first bat in England colours, opened the batting with skipper Alastair Cook. Lyth needed a big score to put pressure on the selectors to be included in the starting team for the first Test, which takes place in Antigua.

Lyth though only scored 23, while Cook was happy to get some batting practice in the middle, scoring 22 from 86 balls before he retired himself out. Ian Bell, Jos Buttler and Gary Ballance, all certain starters against the Windies spent at least 70 minutes at the crease.

England bowlers Liam Plunkett and Mark Wood opened the bowling for the home team, hoping to make an impression on the selectors, but neither impressed, with the tourists eventually finishing the day on 222 all out, although four batsmen retired out.

The one player who probably got the most out of the practice games would have been captain Cook who scored a century and looked solid for the most part.

Although the opposition were not up to scratch and they will go into the first Test somewhat underprepared, England tried to make the best of the four days of warm-up cricket they had before the first Test.