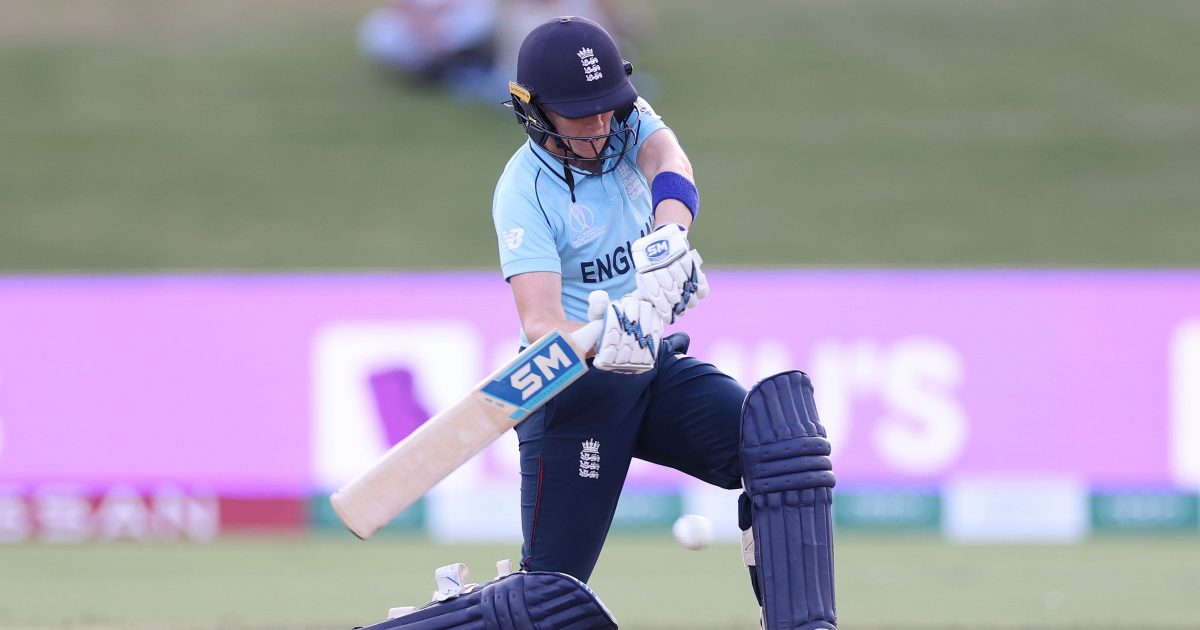 England captain Heather Knight is relishing the opportunity to make history in the Women’s World Cup final against Australia in Christchurch on Sunday.

Knight’s team have the opportunity to become the first England side to defend a World Cup title, despite a poor start to the tournament.

England were on the brink of exiting the tournament at the group stage after opening with three consecutive losses, but a fifth-straight victory saw them book their place in a second-successive World Cup final.

The England captain believes that victory in Sunday’s showpiece would be more special after their poor start.

“I think it’ll mean more after the start we had in this competition as well, obviously a tough start that we had and being able to turn it around would be remarkable really,” Knight said. “So that would make it even more special if we can do it tomorrow.

“Back to back, we have the opportunity to make history and being the first England team to do that and that’s such an exciting thing.

“Just being involved in World Cup finals is what you set your stall out as a player, what you’ve worked so hard for and what you want to be involved in.

“It’s a brand new day and a brand new game and a chance for us to go out and show what we can do.”

England have not beaten Australia in a one-day international since 2017 and the Aussies are yet to be beaten at the World Cup, having won all of their matches so far in the competition.

However, despite their poor record – including a heavy Ashes defeat earlier this winter – Knight insisted the match on Sunday was a “fresh slate”.

“The stage is set a little bit for us to write a remarkable story but like I’ve said previously, I think it’s a completely fresh slate, fresh day, fresh game where both us and Australia will go in as equals and who performs the most on the day, who deals with the pressure of a World Cup final and knowing what’s at stake.

“So it would be a great story, but we’re going to have to bring our best cricket to beat Australia who are obviously a very good side.”

Australia captain Meg Lanning will play her 100th ODI in the final and, despite her side’s dominance in recent years, expects a difficult challenge.

Lanning said: “We know that it’s going to be tough, England always provide a great contest.

“They’ve got some world-class players who can take the game away from you really quickly.

“It’s going to be a massive challenge for us and certainly not going to be easy but we feel confident that if we can put up as close to our best as possible, then that’ll give us a good chance.”