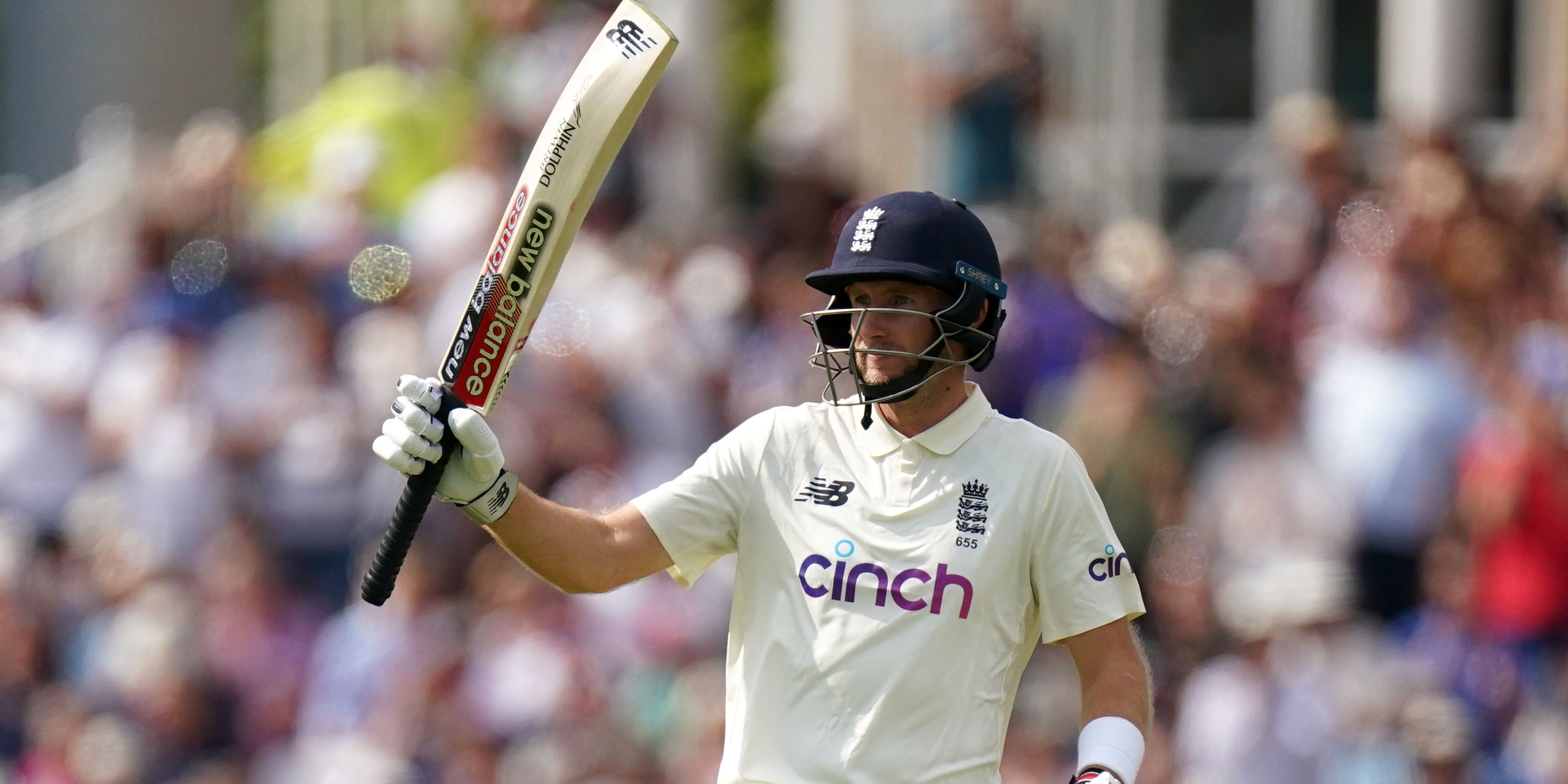 Joe Root became England’s record international run-scorer as he led his side to 138 for four against a classy India attack on day one of the first Test at Trent Bridge.

Captain Root arrived at the crease just before lunch needing another 22 to leapfrog Sir Alastair Cook’s all-format tally of 15,737 and made his way to a fluent 52 not out at tea.

Most importantly, though, Root’s efforts provided England’s vulnerable top order with some much-needed inspiration at a time when they might easily have caved against persistent opponents.

When Jonny Bairstow was lbw for 29 in the last over before tea, the balance swung back towards the tourists but Root’s presence appeared the defining factor.

Having been asked to bowl first India struck in the first over of the day, Rory Burns lbw to Jasprit Bumrah, and picked up timely wickets either side of lunch to leave the hosts struggling at 66 for three.

But Root was a cut above as he set about transferring some of the mounting pressure back to the bowling side and his fellow Yorkshireman Bairstow played his part in a stand on 72.

That was broken in dispiriting fashion in the last act of the afternoon session, the relentlessly accurate Mohammed Shami winning an lbw after Virat Kohli called for a second opinion on DRS.

After Burns’ fifth duck in his last 11 innings, Dom Sibley and Zak Crawley rebuilt over the course of 20 overs.

For Sibley it was a case of outright defiance, with precious few scoring shots, while Crawley contributed a couple of sweet extra-cover drives and a confident swivelled pull off Shardul Thakur.

He fell for 27 to an inside edge in the run-up to lunch, Kohli gambling with a late referral just three balls after burning one to a similar appeal.

Sibley then threw away a painstaking knock of 18 from 70 deliveries, overbalancing and chipping Shami to short midwicket.

Root came to the crease for an awkward period late in the morning’s play but made light of the situation to hit three swift boundaries within moments of arriving in the middle.

He continued scoring reliably through his favourite third man region as he ticked off the runs that took him past Cook’s mark, and produced a wonderfully timed square drive off the spin of Ravindra Jadeja.

Bairstow – who may not have played had Ollie Pope been fit – eventually got going too, with back-to-back fours and a sumptuous on-drive off Siraj helping the cause. But he was undone by Shami’s probing, leaving another battle ahead in the evening session.