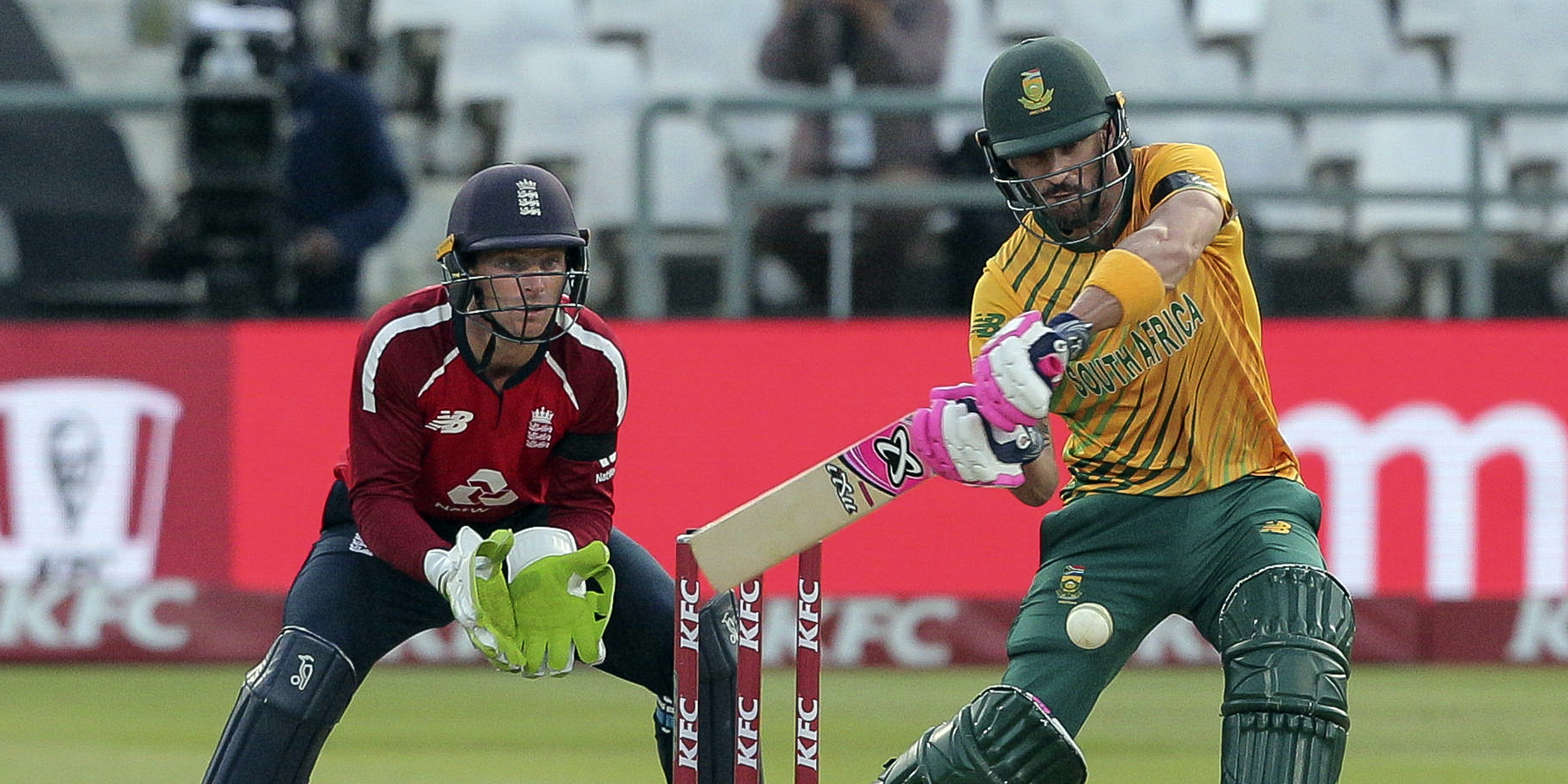 South Africa set England a winning target of 180 in the first Twenty20 at Cape Town, with the Curran brothers experiencing the ups and downs of international cricket with wildly contrasting spells in Cape Town.

The Proteas were put in by Eoin Morgan and reached 179 for six, with former skipper Faf Du Plessis making 58 and Rassie Van Der Dussen 37.

Sam Curran turned in career-best figures of three for 28 after edging Moeen Ali out for the all-rounder’s slot, striking in the first over of the day, getting the vital scalp of Du Plessis and landing a third success with the last delivery of his allocation.

Tom Curran had no such luck, hammered for 55 runs from his four overs, his most expensive T20 outing and easily the costliest of the innings.

Temba Bavuma was a complicit first victim for Sam Curran from the sixth ball of the day, stepping away and gloving an attempted ramp straight through to Jos Buttler.

That brought together the home side’s present and former captains, Quinton De Kock and Du Plessis, and the pair put on 77 in the next 51 balls.

For the most part it was sensible accumulation, with occasional controlled aggression mixed in, but Du Plessis chose the fifth over to put his foot down, selecting Tom Curran as his victim.

He hammered 24 off the over, almost doubling the total in the process, smashing sixes over long-off and mid-wicket, with a pair of hard-hitting boundaries as the chaser. De Kock, whose only real flourish was a pick-up six off the hips against Jofra Archer, fell for 30 just before the halfway mark as Chris Jordan made a big breakthrough.

Coming round the wicket he aimed at off stump and saw De Kock pick out Eoin Morgan at short extra cover. Du Plessis carried on the fight, passing 50 in 34 balls, but was beaten by Sam Curran in the 14th over.

Exacting a measure of revenge for his brother, he took the pace off a shorter delivery and watched as Du Plessis lost balance aiming for the grass banks. Jordan, among the most reliable catchers to have worn an England shirt, watched it fly straight into his hands.

He wrapped up his spell by surprising Heinrich Klaasen with a quicker bouncer, grazing the bat on its way through, while Van Der Dussen hit three sixes in an uneven knock that ended with a mis-hit Archer full toss.

Tom Curran returned at the death and suffered more pain – shipping 27 from his next two overs – before bowling George Linde with the concluding ball.