England chasing 196 after Babar Azam and Mohammad Hafeez half centuries 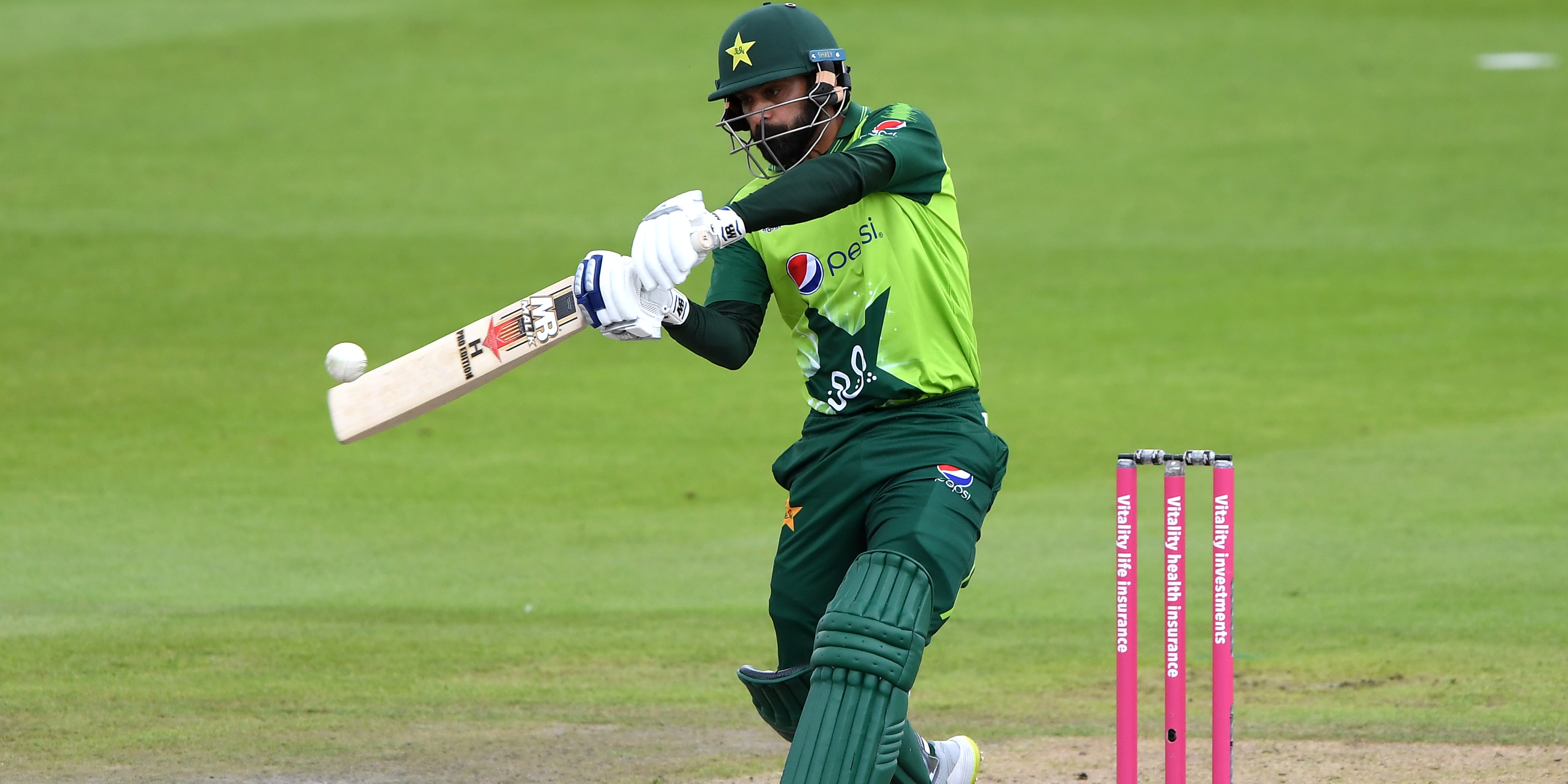 Half-centuries from Babar Azam and Mohammad Hafeez carried Pakistan to their highest Twenty20 international total against England, who face a chase of 196 at Emirates Old Trafford.

In the first cricket match to be broadcast live on the BBC, sharing coverage with Sky, since 1999, Babar helped Pakistan make an excellent start in his 56 off 44 balls before Hafeez took the baton in the second T20.

Hafeez clubbed five fours and four sixes in a belligerent 69 off 36 deliveries to help Pakistan to 195 for four, eclipsing the 173 for six they made against England in Cardiff last year.

England’s seamers struggled with their lengths, with Tom Curran and Chris Jordan conceding 46 and 41 respectively to leave the hosts with a tough chase to move 1-0 up before Tuesday’s decider.

On the same pitch that was used for Friday’s abandoned game, Saqib Mahmood opened proceedings but his first ball was dispatched to the midwicket boundary by Babar, the world’s top-ranked T20 batsman.

Four different bowlers were used in the first four overs, Moeen Ali’s off-spin perhaps surprisingly getting an early airing, but Babar and Fakhar Zaman were rarely troubled as they raced to 51 without loss in the powerplay.

With Pakistan cruising, Fakhar decided to take the attack to Adil Rashid, whose googly was pulled high over midwicket for the first six of the innings.

The leg-spinner would have his revenge as Fakhar attempted to repeat the trick, only this time he pulled a quicker delivery high in the air, with Tom Banton taking a steepler running in from long-on to end a 72-run opening stand.

Fakhar’s downfall for 36 off 22 balls failed to stem the flow of runs on an easy-paced wicket, Babar moving to his fourth T20 fifty in his most recent six innings off 37 deliveries with fours either side of the wicket off Rashid.

Shortly after Pakistan had reached three figures in the 12th over, Hafeez brought up 2,000 runs in this format with a superb pull over deep square-leg for six.

Babar was furious with himself when he pulled Rashid straight to deep midwicket to depart for 56 off 44 balls as the England leg-break bowler finished with respectable figures of two for 32.

The hosts seemed to be wrestling the momentum back but Hafeez accelerated quickly when Mahmood and Curran came back, the latter swatted for two leg-side sixes by Hafeez in a 16th over where 23 runs were conceded.

A fifty partnership between Hafeez and Shoaib Malik had taken just 26 balls. However, Jordan was in the wickets column when Malik (14) drilled an attempted yorker straight to Eoin Morgan at cover.

Hafeez moved to a 26-ball fifty with a fine scoop for four after Mahmood had over-pitched and the Pakistan veteran continued to punish England’s seamers as a Jordan off-cutter was mowed over midwicket for six.

Hafeez was dropped on 65 by Morgan but the England captain atoned off the penultimate ball, running back to take a chance at cover as Curran conceded just seven in his final over to help keep Pakistan’s score under 200.