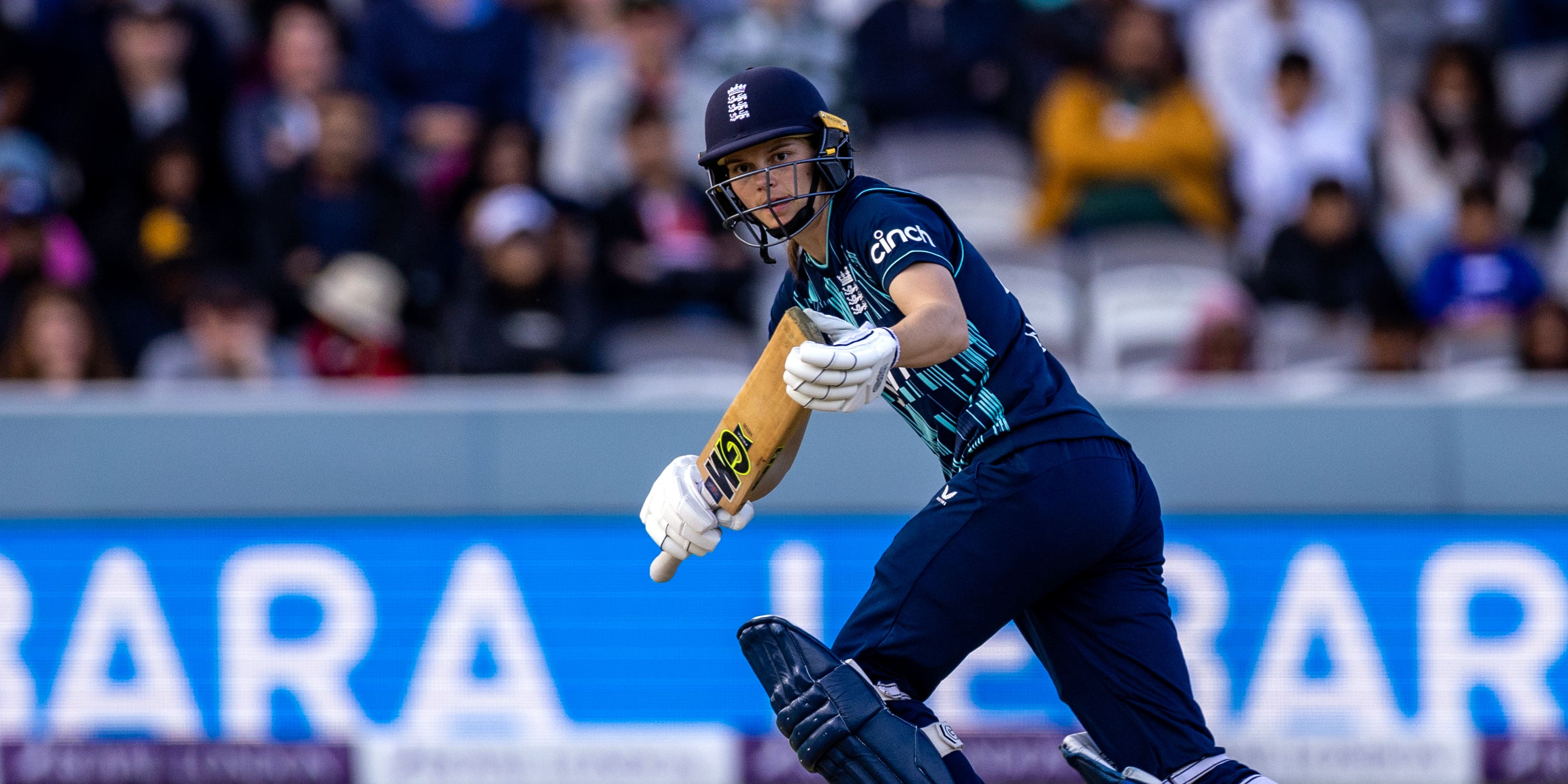 Amy Jones and Sophia Dunkley made half centuries as England beat the West Indies by 142 runs in Antigua to go 2-0 up in their three-match ODI series.

England won the toss and chose to bat, with Tammy Beaumont and Emma Lamb quickly making good on the decision as they made 37 off the first eight overs before Lamb was run out for 25.

That brought Dunkley to the crease and she set about punishing the bowling of Aaliyah Alleyne with a series of boundaries to increase the run rate.

After Beaumont went for 21, Nat Sciver made only five but Heather Knight added 25 before Dunkley departed for 57, bowled by Afy Fletcher.

But things did not get any easier for the hosts as Jones replaced her in the middle, hitting eight boundaries in an unbeaten stand of 70 cut short when she ran out of partners, with England making 260 all out off 48.1 overs.

The West Indies, also beaten by 142 runs in the series opener, knew they would be up against it in their reply and got off to a terrible start as Hayley Matthews went for one with the first ball of the second over and Kycia Knight followed two balls later for a duck.

The day failed to improve for the hosts when Alleyne was caught behind off Kate Cross for two before Lauren Bell trapped Shemaine Campbelle lbw for three, leaving the West Indies on eight for four.

Chedean Nation was the only batter able to keep the scoreboard moving, but she went for 17, caught behind off Cross to make it 28 for five.

Rashada Williams made some headway for the West Indies but at the other end Shabika Gajnabi faced only four balls before departing for a duck.

A slow stand of 13 runs off 41 balls from Chinelle Henry was the sole positive from there as the rest of the tail was cleaned up by the 31st over, with the hosts all out for 118.