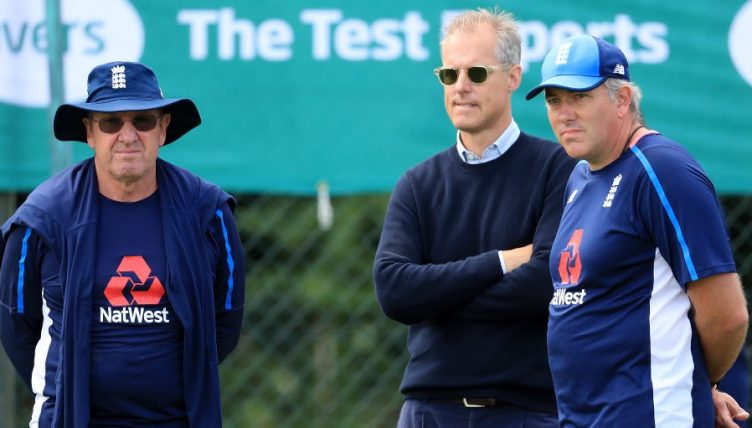 Chris Silverwood is expected to be announced as England’s new head coach.

A formal announcement could be made today [Monday] as the England and Wales Cricket Board move on from World Cup-winning coach Trevor Bayliss, whose four-year reign came to an end last month.

The ECB’s managing director Ashley Giles was thought to be keen on Alec Stewart, Surrey’s director of cricket, before he withdrew on personal grounds.

Strong consideration was also understood to have been given to former South Africa and India coach Gary Kirsten.

However, 44-year-old Silverwood – who won both divisions of the Specsavers County Championship while in charge of Essex – is understood to have impressed the ECB with his approach and ideas on how to move the England team forwards.

While Giles had expressed a preference for a homegrown appointment, he was also willing to cast the net further afield, with Kirsten’s fellow South African Graham Ford also assessed.

Former Yorskhire paceman Silverwood, who played six Tests and seven one-day internationals between 1996 and 2002, would become just the second Englishman to take charge of the national side since 1999.

Peter Moores did so on two separate occasions, both unsuccessful, while Giles performed a brief job-share with Zimbabwean Andy Flower in the role of limited-overs coach.

The return to the proposition of a split coaching role has been resisted this time.

However, the next England head coach will not face the relentless schedule of that of Bayliss’ tenure.

Instead, a three-strong group of deputies would be empowered to take more responsibility, including the playing squad at times.

Batting consultant Graham Thorpe is set to continue in his role, while Paul Collingwood is almost certain to be reappointed after working with the team during the World Cup and Ashes.

Should, as expected, Silverwood step up into the head coach position, another bowling specialist would be required

As for Kirsten, whose CV is arguably the most formidable of those who expressed interest, he is due to refocus on his role in charge of Welsh Fire in next year’s inaugural edition of The Hundred.