England coach Chris Silverwood grateful for gift of the Gabba 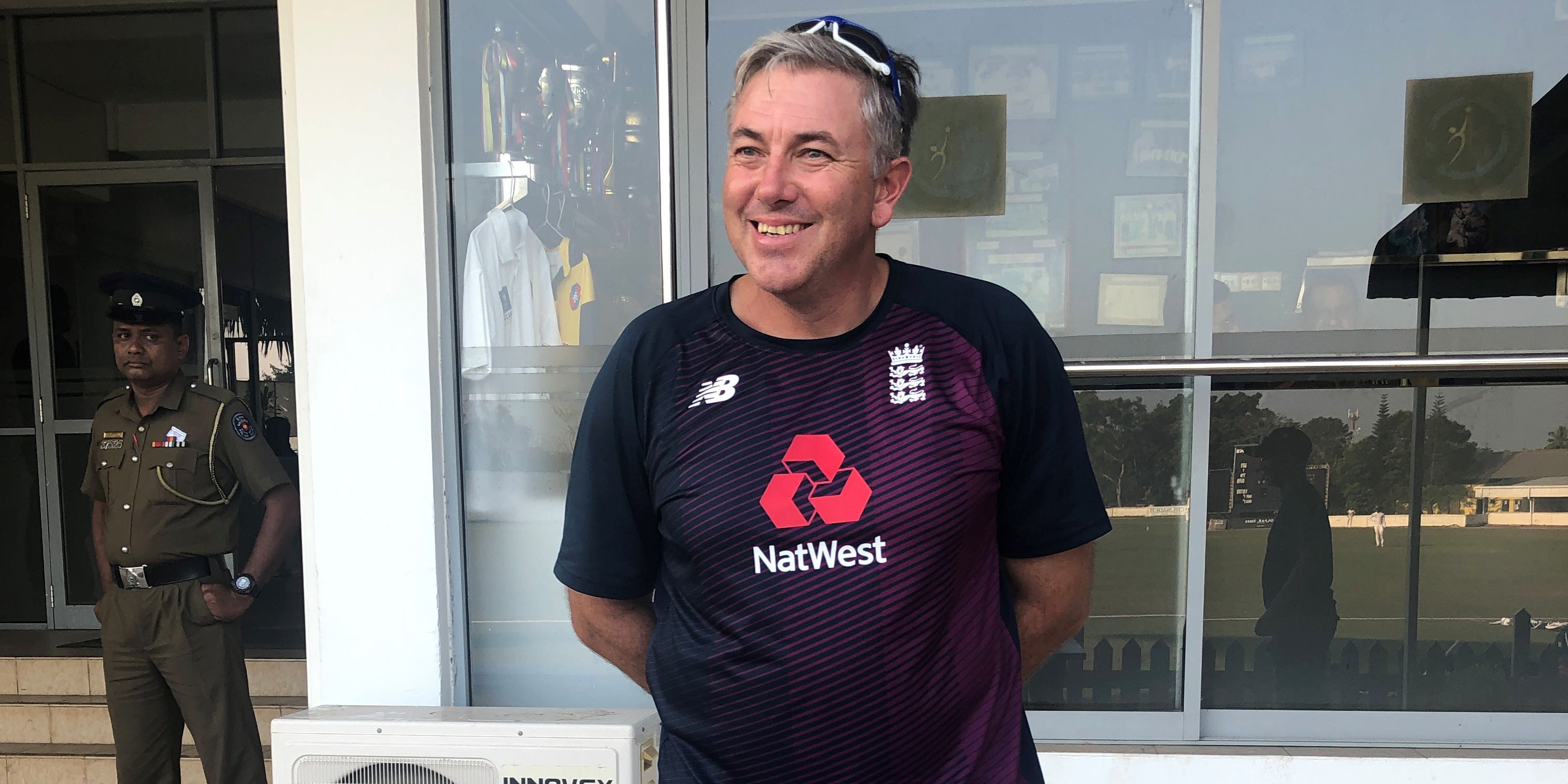 England head coach Chris Silverwood took time out from plotting another victory over Sri Lanka to watch Australia’s historic defeat by India and admitted it was nice to see their Ashes rivals feeling the heat.

The majority of the travelling party in Galle took the chance to tune in as an injury-ravaged India stormed The Gabba, becoming the first team since 1988 to win a Test in the Baggy Green’s Brisbane stronghold.

The manner of the 2-1 series defeat has led to serious questions over Tim Paine’s captaincy and, although Silverwood declined to weigh in on that matter, anything that helps England perform their own smash-and-grab Down Under next winter is a cause for satisfaction.

“I thought it was brilliant. It’s nothing to do with me, Tim Paine’s captaincy, but it’s always nice to see people in opposition teams under pressure,” he said.

“It shows that, if you do the basics well and get stuck in, we can beat them. Our boys back in the hotel were taking an interest and I think most of them appeared for lunch after India had won. So they were all staying and watching.”

England, of course, also have the small matter of nine consecutive away and home Tests against an India side whose confidence will be going through the roof. Add those to an eagerly-anticipated clash over the urn and the five-day format could be set for a year to remember in 2021.

“If you look at what we’ve got in front of us, before we get to the Ashes we have nine Tests against India. What a fantastic way to prepare against very strong opposition,” said Silverwood.

“There is some great cricket coming up. It’s a great position for our players to go out and show what they can do and show off their skills.”

England’s primary focus remains on Friday’s clash with Sri Lanka, when they will look to turn an accomplished first Test victory into a 2-0 series sweep.

The old adage about never changing a winning formula is almost certain to be cast aside, with the heavy workload and sapping sub-continental conditions likely to lead to rotation among the pace attack.

Record wicket-taker James Anderson can expect to trade places with the man who sits second on that list, Stuart Broad, and Chris Woakes will hope to push Sam Curran for the all-rounder slot.

But while Anderson and Woakes are both seasoned campaigners, there could be a chance for the less established Olly Stone. The 27-year-old Stone has not featured since taking three for 29 on his Test debut against Ireland in 2019 but is the most obvious ‘like for like’ replacement for fellow quick Mark Wood.

“At some point we probably do need to get him into the attack if we can,” Silverwood said.

“He’s got to earn his way there, which he is doing, he’s working hard and doing everything we ask of him. It would be great to get some Test experience in him at some point.

“I am excited about him. If you look, we have Wood, Stone and Jofra Archer who can all hit 90-plus miles per hour and I think it’s great to have that in your armoury. What we’ve seen from Olly is that he hits the deck hard and bowls at pace.

“He is getting better and better in the areas he is bowling and the understanding of what he’s trying to do. I am very excited that we’ve people like Olly in the attack.”

While Silverwood was happy to confirm Woakes was also “throwing his hat in the ring” having spent the first week of the tour in isolation, it seems a distant chance that spin bowling all-rounder Moeen Ali will be considered.

Unlike Woakes he tested positive for Covid-19 and spent a full 13 days in strict quarantine, only rejoining the squad over the weekend. With Moeen unable to press his case, Dom Bess and Jack Leach will get the chance to build on their 14-wicket showing last time out.

“It’s unfortunate but it’s unlikely that Mo will be available for this Test purely because of the protocols we have to follow for somebody recovering from Covid,” explained Silverwood.