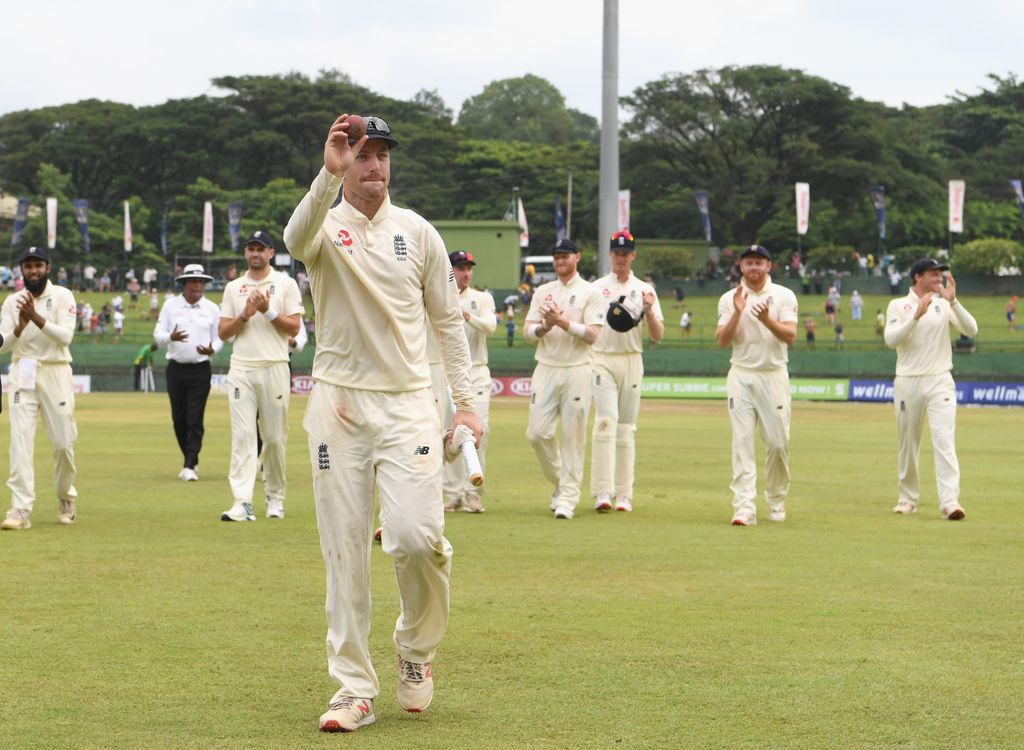 England took just 31 minutes on the final morning in Kandy to win their first Test series away from home in more than two years, and their first in Sri Lanka since 2001 after the visitors completed a 57-run victory on the fifth morning.

The tourists go into the final Test in Colombo, starting on Friday, with an unassailable 2-0 lead in the three-match series with one game still to play.

The Sri Lankan authorities opened the gates for free to those sitting on the grassy banks here in Pallekelle for the final morning of a riveting Test match.

The men England captain Joe Root entrusted to do the job with the ball were spinners Jack Leach and Moeen Ali.

It’s easy to see why; seam bowling has only accounted for one wicket in this Test, that of Keaton Jennings off Suranga Lakmal on the first morning.

Other than Ben Stokes’ brilliant run out of Dimuth Karunaratne on the second afternoon, spinners took all of the remaining 38 wickets here – the most in Test history.

Even the most ardent England fan would probably assume that in any match in this part of the world so heavily dominated by spin, England are never the favourites.

However, playing three front-line slow-bowlers, ably assisted by Root as backup and a few tight spells here and there from Jimmy Anderson has give England the formula required for success in Sri Lanka.

If Sri Lanka had a hope on Sunday, it lay with their wicketkeeper, Niroshan Dickwella. However, five overs into the morning’s play, Moeen got one to turn from around the wicket out of the rough, the left-hander chased it and clipped a regulation edge straight into the safe hands of Stokes at slip.

The pressure immediately eased, and when captain Lakmal missed one straight through the gate to be bowled by Moeen two balls later, Sri Lanka were suddenly nine down, and England were on the brink.

Last man Malinda Pushpakumara lasted nine deliveries before tamely knocking one straight back to bowler Leach, who gleefully collected his first five-wicket haul in Test cricket, and eight in the match.

Sri Lanka were bowled out for 243, losing by 57 runs in a pulsating Test in which the pendulum seemed to swing from one side to the other almost on an hourly basis.

England can now rightly claim their victory in Galle was no fluke; a performance of skilful, aggressive batting, some brilliant fielding, and patient yet accurate spin bowling proves that they perhaps have the formula to succeed long term in foreign conditions.

The travel to the West Indies in the New Year, where they will once again be tested on slow pitches, but with their confidence higher than one can remember, and a fresh approach to selection, this side is beginning to look like a team built on it’s captain’s attitude to the game.

It feels like with the retirement of Alastair Cook, this young team are now able to forge an identity of it’s own, with enjoyment, fun, and positive cricket at the forefront of everything they do.

The third Test starts on Friday in Colombo, with England in search of a whitewash away from home for the first time since Bangladesh in 2010.