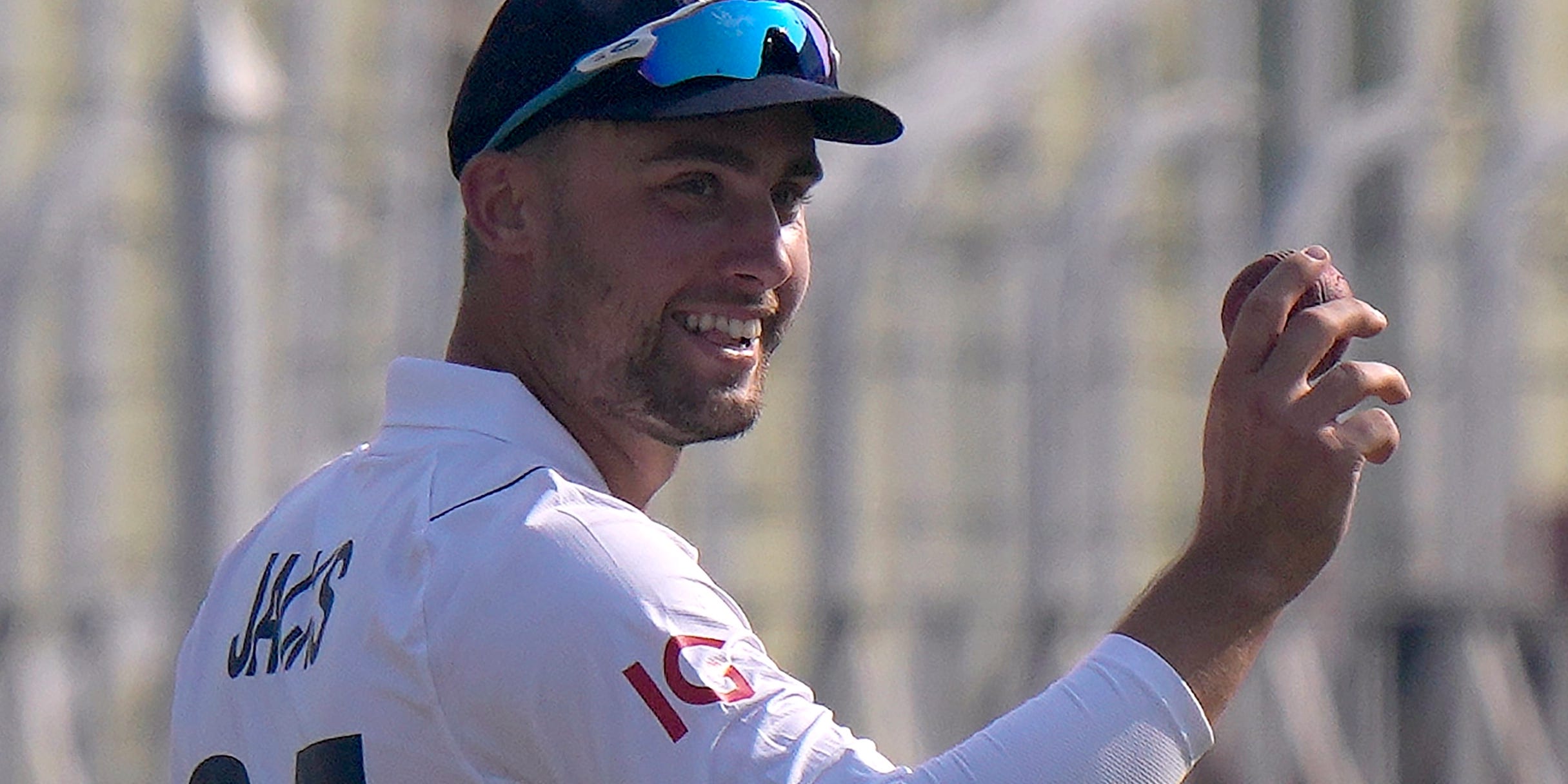 England debutant Will Jacks claimed a maiden Test five-for as Pakistan were bowled out for 579 on the fourth morning of the first Test at Rawalpindi.

England picked up where they left off the night before – when they claimed four wickets in the final session as the hosts slipped to 499 for seven – picking up the remaining three wickets in the first hour-and-half of play.

However, their second innings did not get off to an ideal start when Ben Duckett edged behind for a golden duck off Naseem Shah and England into lunch on 46 for two.

Ollie Pope did not last long either having spent 115.3 overs as wicketkeeper and was caught at deep backward square for just 15, far from the ideal start England would have wanted in their intention for an quick-scoring declaration innings.

Jacks had already enjoyed a memorable debut with the ball when he claimed the crucial wicket of Babar Azam on day three, but followed it up with three more wickets on Sunday morning, becoming the first England spin bowler to take a five-for in the first innings of his debut since Peter Such in 1993.

Pakistan had looked to edge closer to England’s first-innings total of 657 and were free-scoring on the morning session, putting on another 80 for the final three wickets.

The tourists were briefly frustrated by a well-struck half-century from Agha Salman, but he was caught at slip by Zak Crawley off Jacks – just after bringing up his milestone – and departed for 53.

Jacks’ second wicket was Zahid Mahmood, who was stumped by Pope – the wicketkeeper’s first stumping in any form of professional cricket – following a DRS review.

Haris Rauf, who will be unable to bowl against England in their second innings, was the last wicket to fall when he was caught trying to slog the ball but could only edge it to Joe Root at first slip.

Jacks had only found out he was playing two minutes before being awarded his cap, after Ben Foakes did not recover from the viral sickness which swept through the touring party on the eve of the match, and finished the innings with six for 161.

The last England bowler to take five wickets in Pakistan was Ashley Giles, at Faisalabad in November 2000.