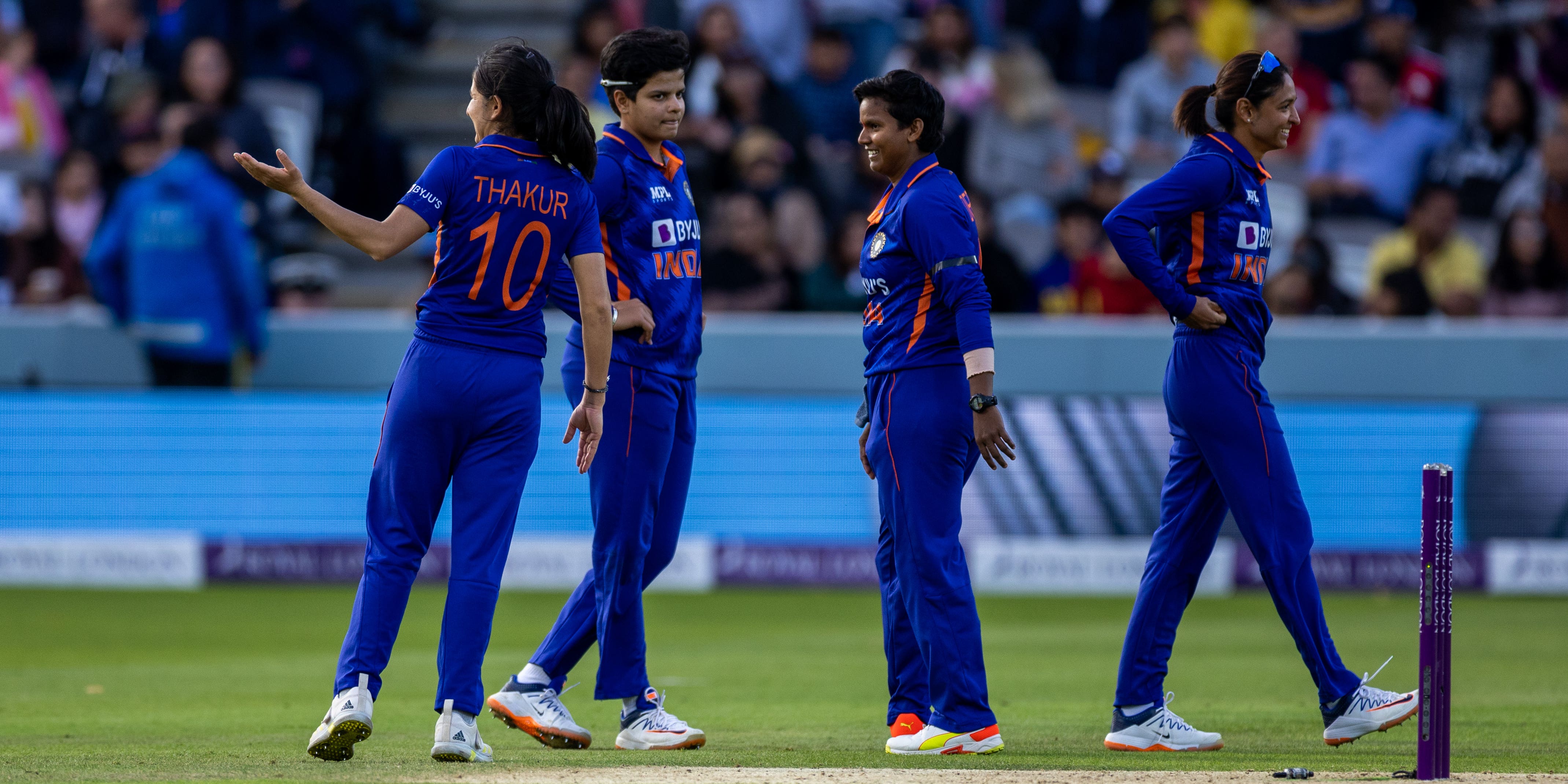 India claimed the final wicket of the series in dramatic fashion with a run-out at the non-striker’s end just as England looked to be closing in on victory in the final one-day international of the series and summer at Lord’s.

Charlie Dean had looked comfortable at the crease and hit a chanceless 47 at number nine as the hosts looked to be closing in on an unlikely victory before the run-out.

Deepti Sharma took the bails off after entering her delivery stride for the final wicket of the women’s international summer.

It is a rare form of dismissal but has been used before, including by Indian bowlers Vinoo Mankad – after whom it has traditionally been known – and Ravichandran Ashwin.

There has previously been an unwritten convention to offer the batter a warning, though the relevant law was recently moved by the International Cricket Council from the ‘Unfair play’ section and filed instead under ‘Run out’.

Immediately after the third umpire upheld the decision Dean threw her bat to the ground in tears as boos rang out from the crowd at the manner of India’s victory, before going over to shake the hands of the opposition.

The India players ran off in celebration, and to the delight of many Indian fans in the crowd, but for the rest it was subdued as the visitors commenced a celebratory lap of honour.

The match was an historic moment for India and England as they returned to Lord’s for the first time in five years since they met at the 2017 World Cup final.

India had already won the series having won the first two matches comfortably, but had been pushed onto the back foot by England and Dean who had worked hard to give themselves a chance of victory before Sharma’s action.

England required 17 to win when the run out occurred, with Dean leading the way alongside number 11 Freya Davies, chasing India’s total of 169.

The hosts had previously slumped in their chase from 27 without loss to 53 for six before Amy Jones and Dean put on a partnership of 38 for the eighth wicket to take the game into the final stages.

In the first innings Kate Cross was the pick of the England bowlers, taking four wickets for just 26 runs, with Smriti Mandhana hitting 50 and Deepti Sharma an unbeaten 68.

The game was Jhulan Goswami’s final India appearance, as she bowed out of international cricket having made her debut back in 2002.

She was out for a golden duck after coming out to a guard of honour, dismissed by Freya Kemp who was not born when she earned her first international cap. However with the ball she showed her experience and talent, taking two for 30 from her 10 overs.