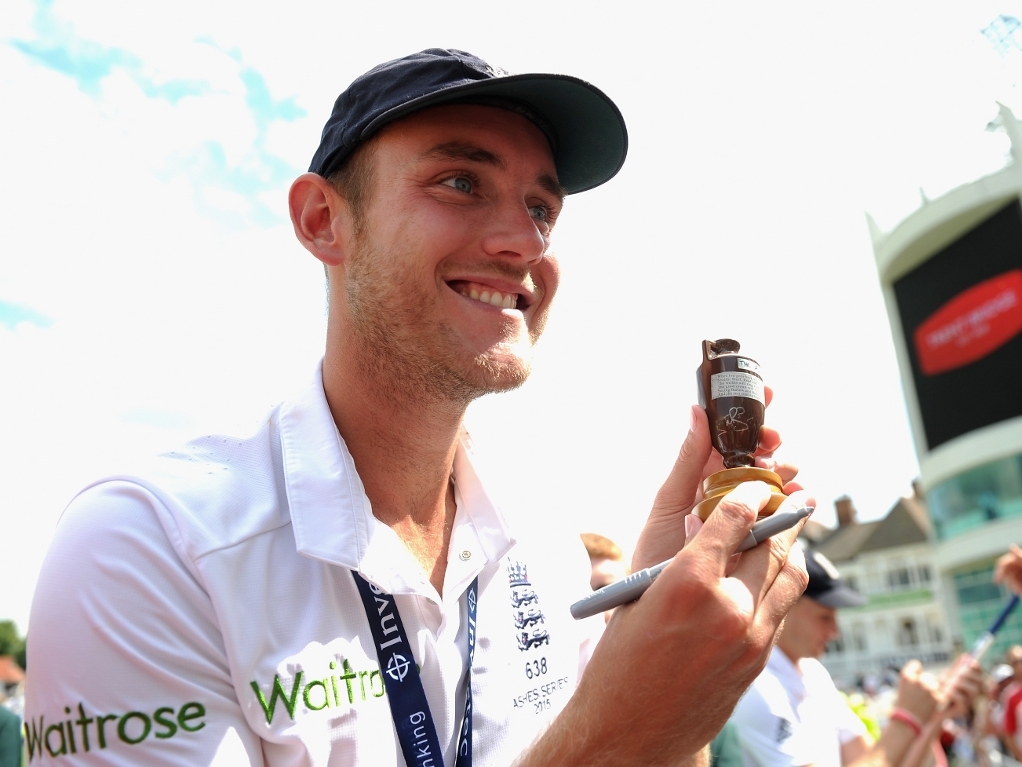 England fast bowler Stuart Broad says they are determined to win the fifth and final Ashes Test, starting on Thursday, against Australia and claim a four-one series result.

With England having already wrapped up the series against their arch-rivals, leading three-one with a game to spare, Broad spoke of out determined they are to end the Ashes on a high.

Broad said: "There is huge determination. "Cooky (captain Alastair Cook) called us all on Tuesday afternoon, which was only a couple of days after the Trent Bridge Test, and said 'I've enjoyed a couple of days off but I'm sat here on my farm and I've got a burning desire to make this 4-1 and I just want to make sure we're all on the same page. Let's get back training.'

"We're training an extra day today to make sure we're in the best possible shape to win, because at the end of the day it's an Ashes Test against Australia. Regardless of the series result, you want to put in performances and get a victory."

A player who could return to the Three Lions' starting line up for the Test at the Oval is England swing bowler James Anderson, who missed the fourth Ashes Test with a side strain.

Broad though says England have showed that they have enough strength in depth to cope with any injuries.

The 29 year-old Broad said: "We've not gathered as a group yet. Jimmy will be fighting to be fit – he'll be desperate to play.

"It's such an enjoyable environment to be a part of at the moment that every one is desperate to get on that field and get going. It's a great conundrum to have when you've got strength in depth and we have got that at the minute."