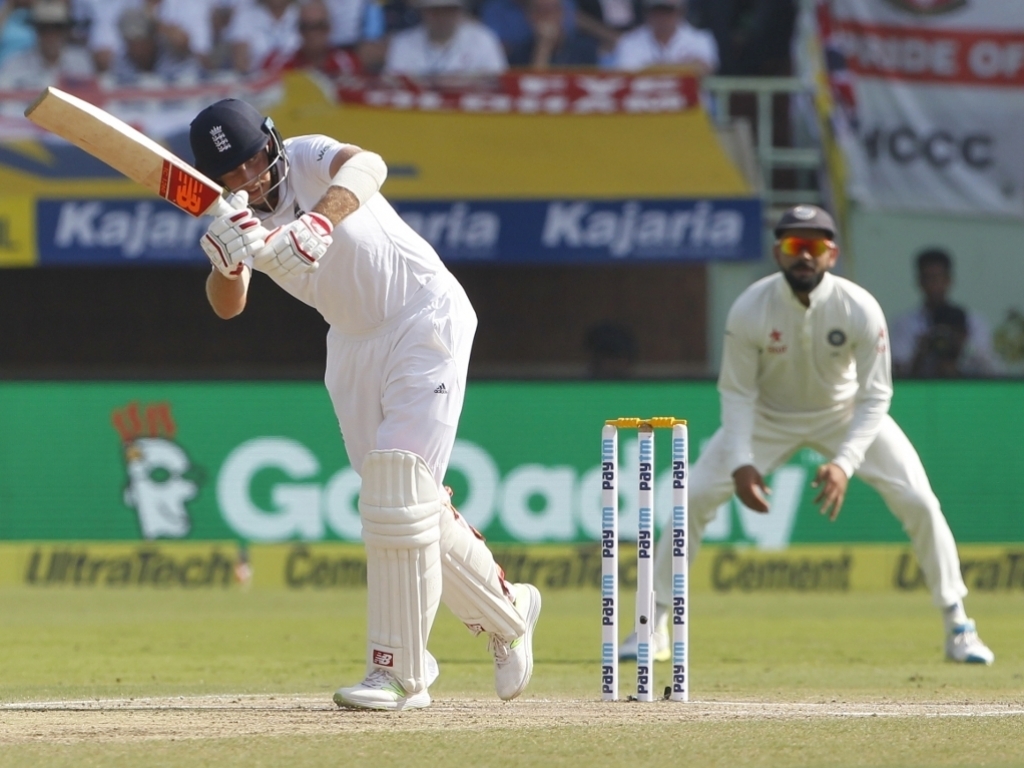 England assistant coach Paul Farbrace has been highly critical of his team after they slipped to 80 for 5 on day two of the second Test against India in Vizag.

The tourists had earlier bowled out the hosts for 455 but won’t be happy that Ravi Ashwin and debutant Jayant Yadav were allowed to put on 64 for the eighth wicket.

“Those are times when we need to show a bit more resilience and get stuck in.”

Farbrace feels their approach to batting in unfamiliar conditions has to be one of adapt or die.

The coach added: “That’s the skill of the batsman – working out how you’re going to play.

“International cricket finds you out quickly. There are times where you’ve got to adapt your game.

“If we are going to be successful as a team, we have to cope well in all conditions.”

Trevor Bayliss’ deputy opined that England have to show more courage and application out in the middle if they are to get back into this Test.

Farbrace went on: “We knew it was going to be tough.

“(But) nothing has happened today from the pitch or their bowling point of view that surprised us.

“What we have to do is cope better under pressure.

“We had a period today that was a bit meek and mild, and we have to cut those periods out of our game.”

Joe Root was able to get to fifty but threw his wicket away, holing out in the deep to Ashwin which did not please the coach but he was more forgiving of some of the other players.

Farbrace continued: “A high-quality player like Joe, when he gets to 50 and gets out, is massively disappointed.

“It looks a whole lot worse when you get out that way.

“That is a time when Joe will look back and say he could have done things better.

“He does not need telling.

“Cooky got a good ball; we had a daft run out and then that frenetic period of play when it looked like something was going to happen every ball until those two showed at the end (what you can do) if you do apply yourself.

“There have to be times when you have to change the way you play in international cricket, and that is something our players have got to learn. They have to find a way.

“There is a lot more cricket to come in this series, and we will have periods like that – and we have to cope with them.

“The best players adapt quicker than others.”