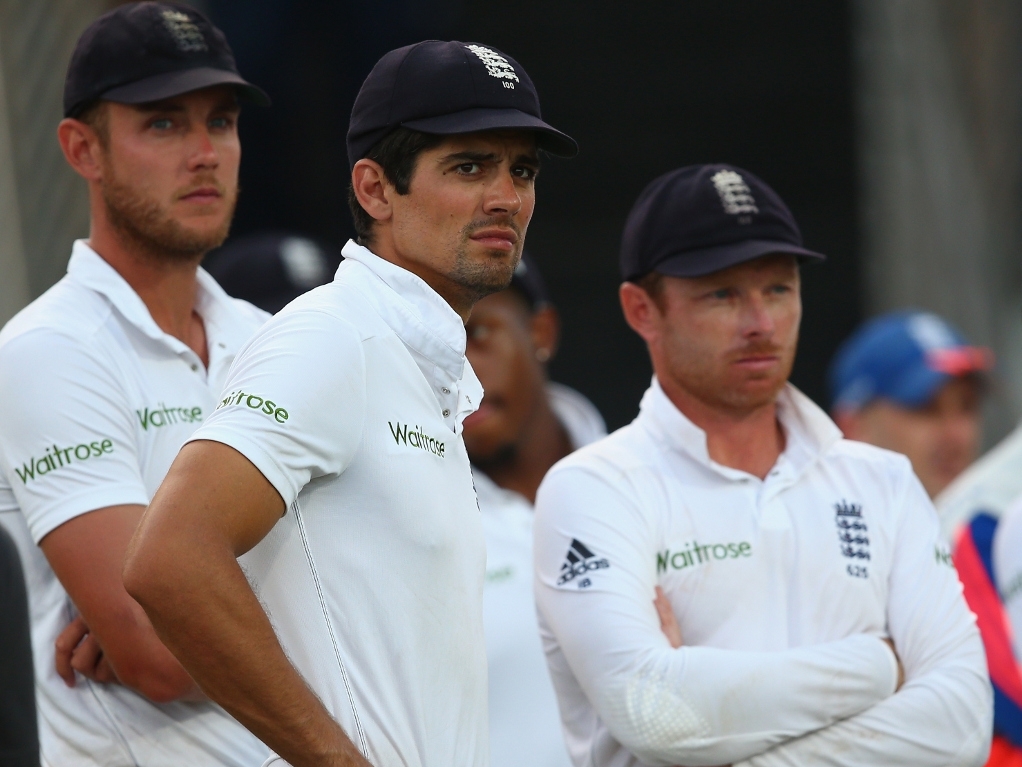 England have slipped one place to fourth in the ICC Test rankings following their five-wicket defeat in the Barbados Test, which helped the West Indies to level the three-Test series at one-all.

England had entered the series in third place on 104 points, while the West Indies had begun in eighth spot on 76 points. But following Sunday’s result, Alastair Cook’s men dropped behind Pakistan into fourth position, while the West Indies, after gaining three points, reduced with gap with seventh-placed India to 14 points.

Pakistan, who face Bangladesh in the second and final Test in Mirpur on Wednesday, must win to retain their latest Test ranking. Should Pakistan succeed in doing so, Misbah-ul-Haq’s side will fall to 102 points but will be ranked above England when the ratings are calculated beyond the decimal point.

Conversely, a Bangladesh win would see Pakistan drop behind England (102) and New Zealand (99) in fifth position on 96 points, while if the Test is drawn, then Pakistan will join New Zealand on 99 points but will be ranked above the Black Caps by a fraction of a point.

Meanwhile, the annual Test team rankings update like last week’s ODI and T20I tables will be carried out after the Mirpur Test.

Jermaine Blackwood was the biggest mover in the rankings for Test Batsmen following scores of 85 and 47 not out, which helped him leap 31 places to a career-high 37th spot to date. Blackwood enjoyed a match-winning 108-run fifth wicket partnership with Darren Bravo, whose second innings contribution of 82 put him up three places to 29th.

In the bowling rankings, there were significant gains for three West Indies bowlers. Jerome Taylor has moved up 13 places to 36th after claiming match figures of six for 69, Shannon Gabriel’s match tally of three for 63 vaulted him seven places to 50th position

The biggest mover was Jason Holder, whose five for 49 in the match launched him 30 places to a career-high 51st position.

The double-centurions from the Khulna Test between Bangladesh and Pakistan made upward movements in the rankings. Tamim Iqbal, who scored a Test best 206 and won the player of the match award, gained eight places to join Pakistan wicketkeeper-batsman Sarfraz Ahmed in 26th place (up by three places).

Mohammad Hafeez’s highest Test score of 224 propelled him eight places to a career-high 34th to date. Pakistan’s middle-order batsman Asad Shafiq broke into the top 20 for the first time in his career after rising three places to 18th following his score of 82.

In the rankings for Test Bowlers, Bangladesh left-arm spinner Taijul Islam moved to a career high 31st after claiming match figures of 6 for 163 although his team-mate Shakib Al Hasan dropped two places to 15th.