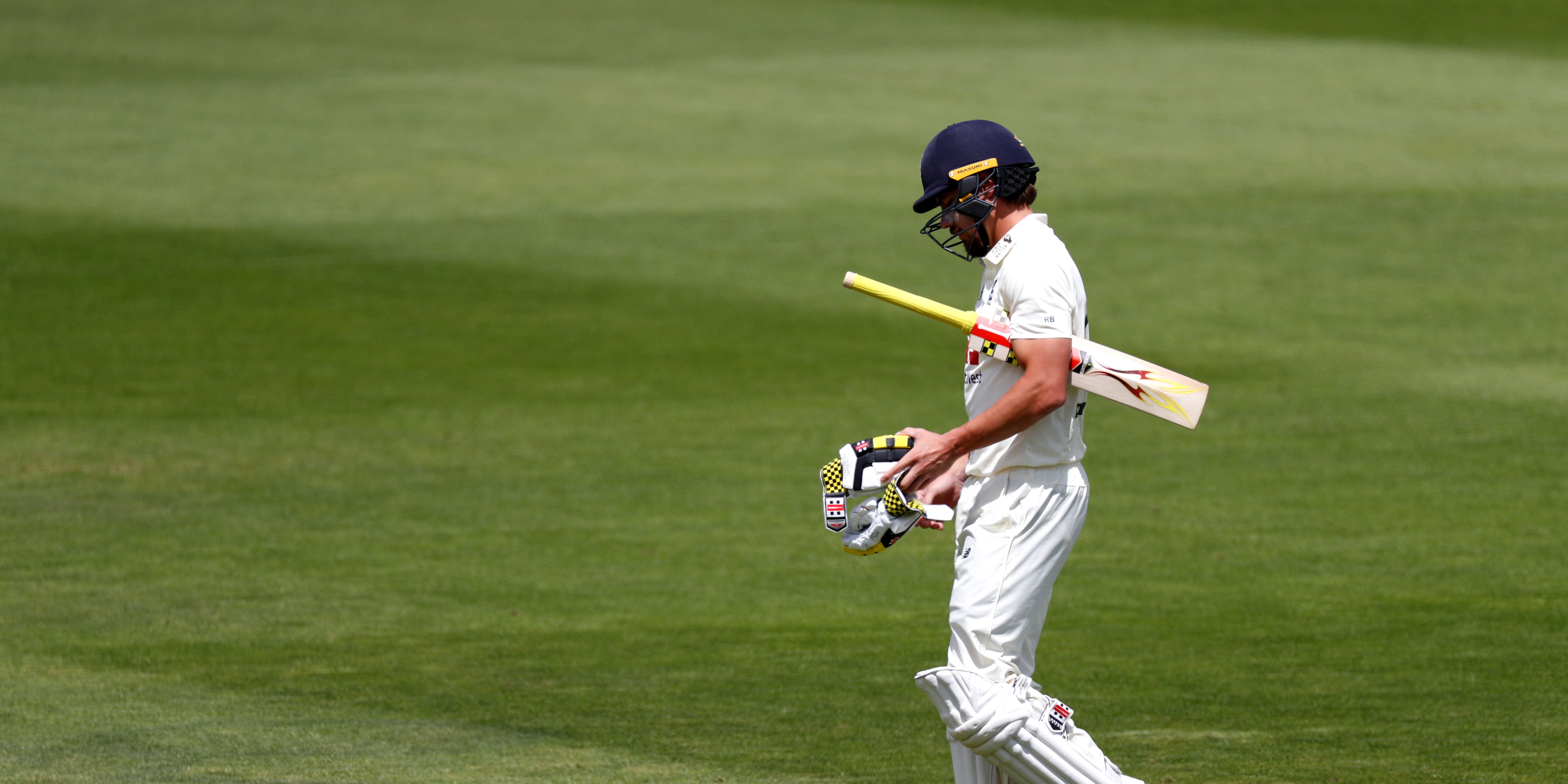 England were left to bemoan a rash stroke from Rory Burns after they reached 67 for two on the first morning of the opening Test against India in Chennai.

The tourists looked to be heading for a wicketless first session after captain Joe Root won the toss and opted to bat first on the occasion of his 100th cap, only to give it away just before lunch.

Burns had joined with Sibley in a steady stand of 63 when he inexplicably abandoned his previously cautious approach and aimed a lavish reverse sweep at Ravichandran Ashwin. The risk backfired immediately and emphatically, with a catch ballooning off his glove and into Rishabh Pant’s gloves.

India then doubled down, cashing in on their unexpected good fortune by whipping out Dan Lawrence for a five-ball duck. The Essex man was expected to drop out of the side until Zak Crawley’s untimely slip on a marble floor and instead found himself promoted to number three, where Jasprit Bumrah’s reverse-swing left him plumb leg-before-wicket.

Both sides wanted to make first use of what were widely expected to be the best batting conditions of the match but it was Root who called correctly and put his openers in.

Burns might have fallen at the start of the second over, stepping across his stumps and flicking fine around pad only for Pant to let the half-chance slip. The wicketkeeper’s glovework is under near-constant scrutiny in India and an early blemish, no matter how tough, will not have helped.

That proved a solitary scare in the opening 90 minutes, with England happy to sit in on a docile looking surface. The runs trickled rather than flowed, but Sibley, in particular, appeared reassuringly secure after his struggles against spin in Sri Lanka.

He was firm in defence on the front foot and when the chance came to score he did – steering Ashwin to third man for four, pushing him through mid-wicket for another and later cutting a short one from Shahbaz Nadeem.

While he showed no inclination to up the rate, reaching lunch on 26 not out from 96 deliveries, Burns decided to make his move in the 24th over, flipping the bat to open up the field but paying with his wicket.

Lawrence followed in short order, with Root contriving to involve himself in a run-out scare just before the interval to underline the change in tone.