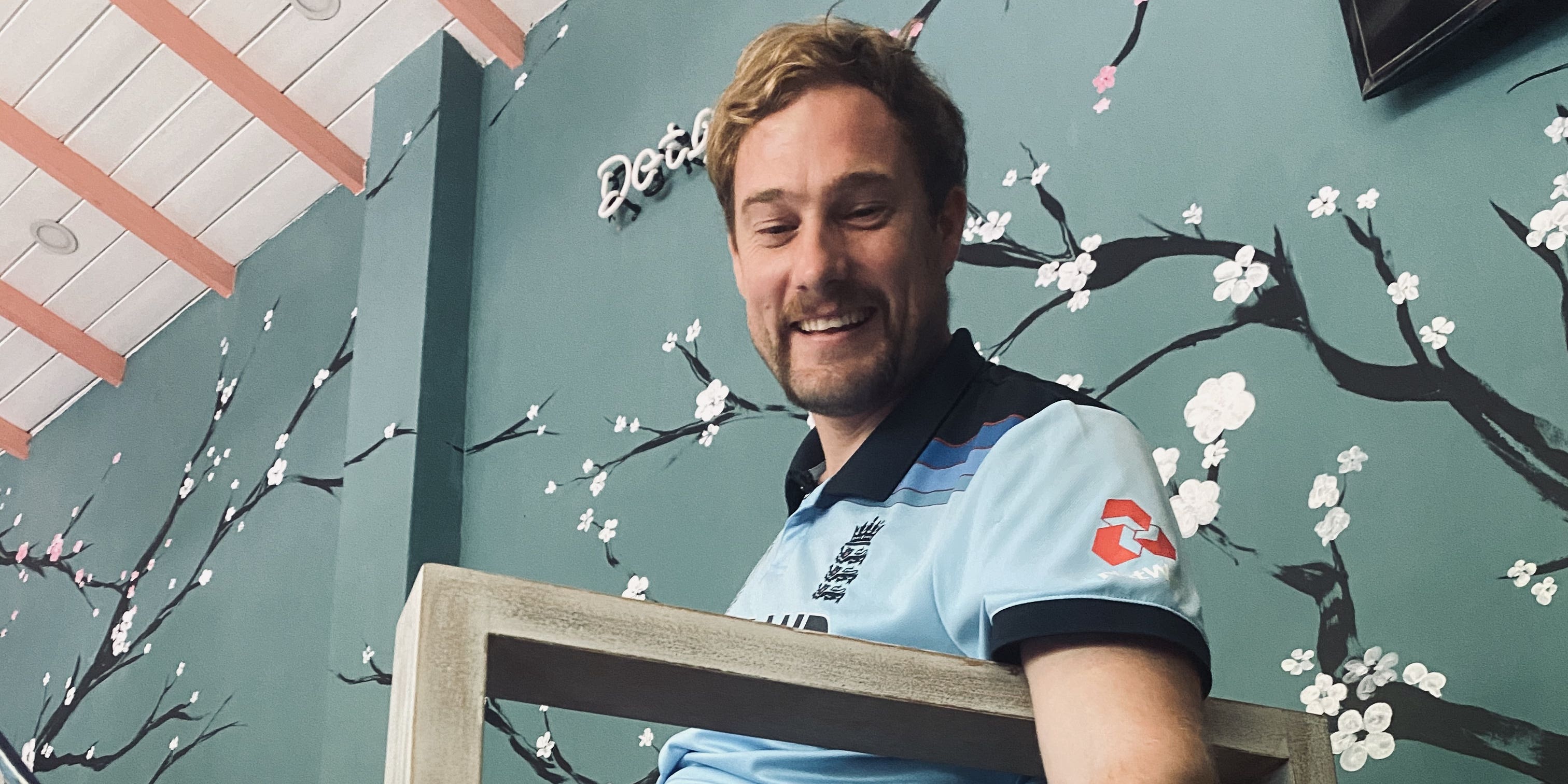 An England cricket fan who has waited in Sri Lanka for 10 months to see the team play was still yet to find out if he would be able to watch the game on the eve of the first Test match.

Rob Lewis, a web designer from Sunbury-on-Thames, first flew out to Sri Lanka on March 13 last year – and found out while he was on the plane that England’s tour had been called off because of the coronavirus pandemic.

But instead of flying back to the UK he stayed in the country and vowed to stay there until England returned to fulfil their fixtures.

Now Joe Root and his team are back, but with no fans allowed in the ground in Galle because of Covid-19 restrictions, the 37-year-old is unsure if or how he would be able to watch the game less than 24 hours before the start of the action.

Nevertheless, having waited so long, he was excited that the cricket was finally about to start.

“I’ve done all this work – all I ask for is a vantage point, which isn’t too much to ask considering I’ve been waiting 10 months.”

The devoted fan has been on a personal adventure during his unplanned stay in the island country, adopting a stray dog while living on a beach, becoming a DJ with his own alter ego – DJ Randy Caddick, named after former England bowler Andy Caddick – and befriending members of the Sri Lanka cricket team’s coaching staff.

Now he finds himself in the unusual situation of being possibly England’s only fan for the two-Test series.

It is a story that has made it back to the England players, who are keen to meet up with Mr Lewis – even if it ends up being virtual.

Captain Root said: “I am aware of DJ Randy Caddick.

“Hopefully we get a chance to catch up with him in the next couple of weeks to touch base – whether that’s a zoom call or a phone call, it’d be nice to get in touch.

“It’s an amazing story and hopefully we can give him something to smile about to round off what must have been an incredible year for him.”

Asked by PA about the prospect of a Zoom call with the England captain, Lewis joked: “I’d prefer a Facebook Messenger call with the werewolf filter on but whatever’s easiest for him.”

In normal circumstances, many fans gather at Galle Fort, which overlooks the stadium, where they can watch the action for free when cricket is being played.

However, Mr Lewis said there are “strong, strong rumours” it will be closed to stop crowds gathering.

He said: “That’s a bit of a blow – I really don’t know what to do otherwise.

“I’ve thought about buying a stepladder and poking my head over the fence.”

England are normally well supported during overseas tours thanks to the Barmy Army, a dedicated group of fans who travel around the world watching the team.

With fans unable to travel, the group has appointed Lewis as its correspondent in Galle – and also joined up with him for a charity campaign.

They are raising money for charity WECare Worldwide, which provides care for street dogs in Sri Lanka, after Mr Lewis adopted one, Pup, during his travels.

To donate to the Buy A Pup A Pint campaign, head to www.facebook.com/WECareWorldwide.