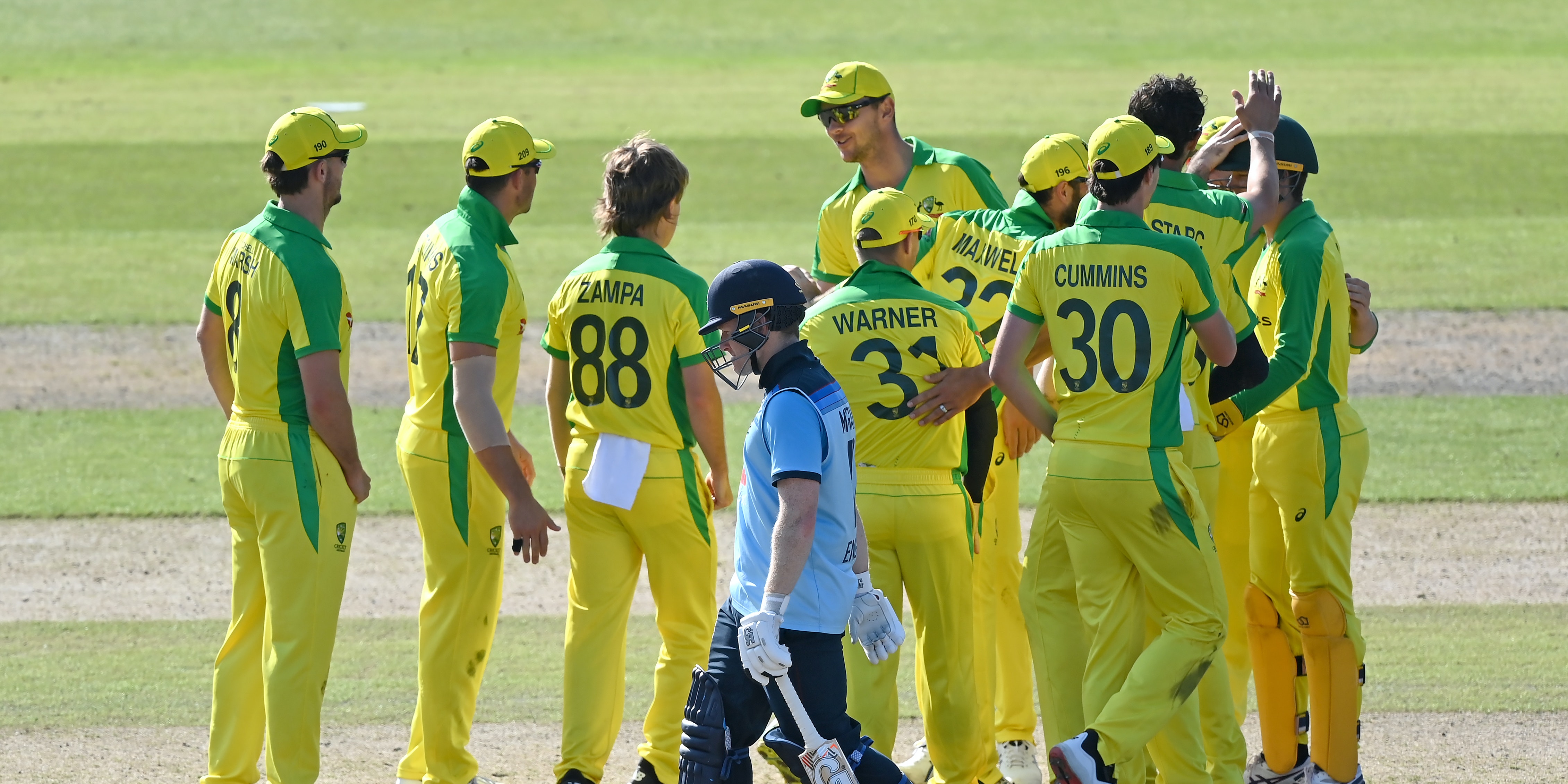 England needed late runs from the tail to reach a modest total of 231 for nine in the second one-day international against Australia, as they attempted to avoid a first series defeat at home for five years.

Eoin Morgan’s world champions have not been bested on their own turf since Australia sealed a 3-2 win at the same venue, Emirates Old Trafford, on the same date in 2015.

But the tourists – again without Steve Smith as an “extra precaution” – will claim an unassailable 2-0 lead if they are able to chase down their target on a used pitch in Manchester.

Australia tied the top six in knots with high-class pace and spin but a late stand of 76 between Tom Curran (37) and Adil Rashid (35no) added some much-needed gloss to the scoreboard.

Australia’s victory in Friday’s series opener had been built around imperious new-ball bowling but Morgan still decided to bat first, hoping to set a better tone.

Unfortunately for England, Mitch Starc and Josh Hazlewood tapped right back into the same groove. The first three overs were a walkover for the seamers, with a close lbw shout off the second ball of the day and a handful of mistimed swings. Jason Roy forcibly found a way into the contest with three boundaries in Hazlewood’s second visit but Jonny Bairstow was bundled out for a seven-ball duck.

Last time out he rode a long, difficult period to make 84 but here he swished at Starc and fed wicketkeeper Alex Carey. Joe Root had a painful start to his innings, inside edging a sharp delivery
from Starc into the back of his knee and requiring treatment before gingerly continuing.

Things barely got any better from there as he was tied in knots by some wonderfully disciplined bowling, eventually resorting to a scrambled tip-and-run in a bid to get the score moving. It proved a disastrous decision, Root’s eagerness catching Roy off guard and allowing Marcus Stoinis to swoop in from cover and throw down the stumps.

At that point Roy had 21 of his side’s 29 runs and had looked their best route out of trouble. Root’s troubles only continued as he tried to find a way to make amends, scoring just three from his first 28 deliveries before being boxed in again after back-to-back boundaries off Pat Cummins.

After being cowed for 20 overs England took 13 off the next from Stoinis, Root lashing through extra-cover then pulling hard in front of square for six. His 61-run partnership with Morgan was showing hints of promise until Adam Zampa entered the attack took out Root with his third delivery. His leg-break floated up, bit just enough to clip the edge and Aaron Finch held on at slip.

Cummins returned for a shot at new man Jos Buttler and pinned him lbw for three pitching up to the stumps. Zampa torched the idea of a middle-order fightback, using DRS to end Morgan’s anchor innings leg-before and bowling Sam Billings, fresh from his maiden century, for just eight as he stepped away on the back foot.

Sam Curran and Chris Woakes both edged behind as Starc and Hazlewood returned, but Tom Curran and Rashid thrashed eight boundaries between them, taking the total from 149 to 225 as Australia’s focus dipped.