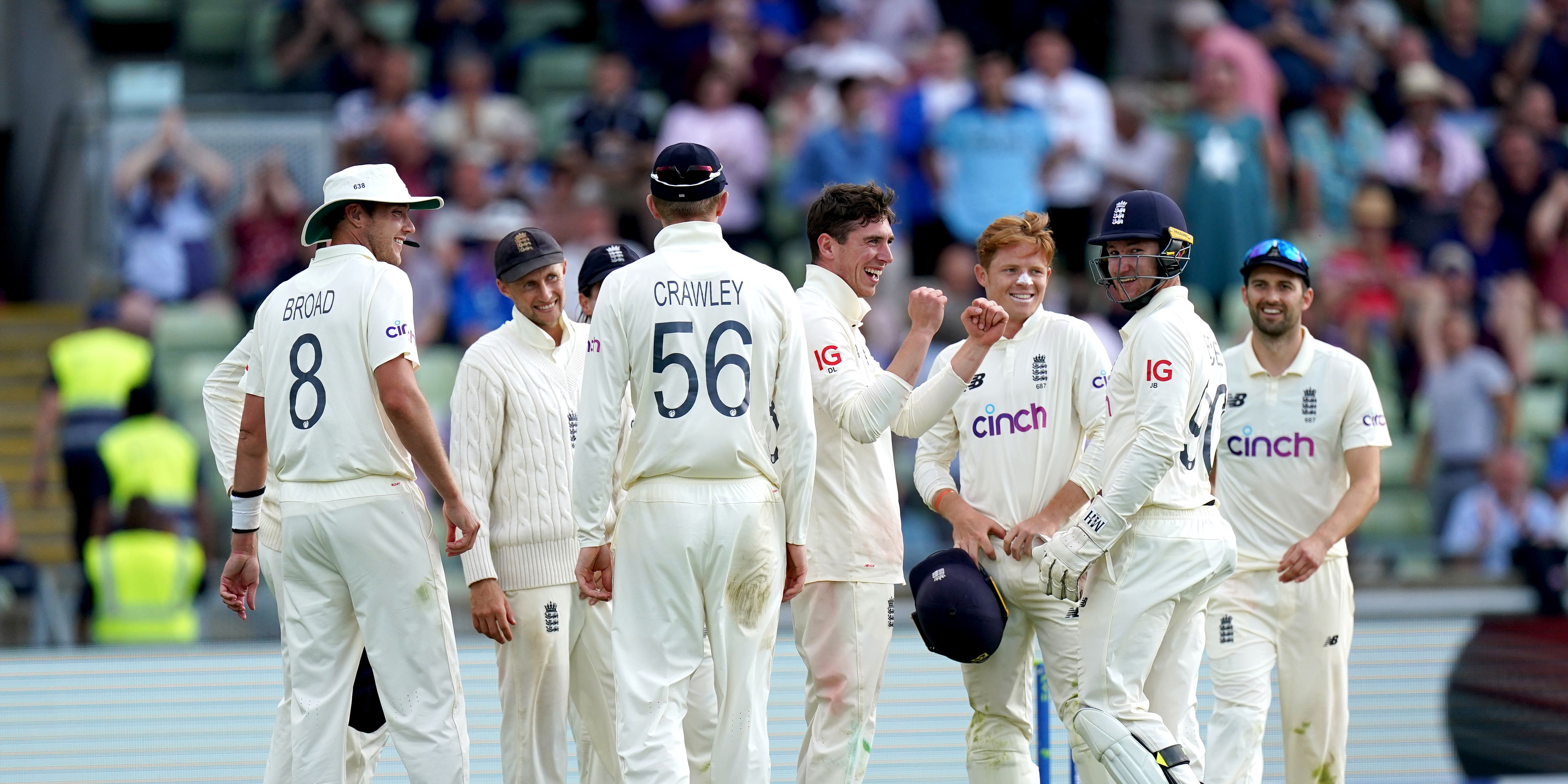 England endured a frustrating day in the field at Edgbaston as a debatable umpiring decision, a dropped catch and some high-class batting left New Zealand in charge of the second Test.

Replying to England’s 303 all out, the tourists closed just 74 behind on 229 for three – with an unexpected breakthrough off the final ball of the day raising the home side’s flagging spirits.

It was taken by Dan Lawrence, who had earlier been left stranded on 81 not out in pursuit of a maiden Test century and consoled himself with the maiden Test wicket of Will Young for 82 instead.

Stuart Broad had been the standout bowler with two for 22 in 15 overs but he will still feel aggrieved that a questionable umpiring decision stopped him making an even bigger impact.

A soft signal of ‘not out’ on the field was not over-ruled despite replays looking good for Broad, and the left-handed batsman eventually cashed in with another 58 runs before being dismissed for 80.

Picture of the day

Broad was quick to show his frustration after Crawley’s slip catch was not upheld. He engaged in a long debate on the matter with Richard Kettleborough, even attempting to recreate the moment for the official’s benefit. Whether or not Broad’s father Chris, the match referee, opts to censure him for a show of dissent remains to be seen.

Jason Holder built a well-earned reputation as a statesmen of the international game during his time as West Indies captain and, even though he no longer holds that office, he continues to keep an interest in the governance of the game. After the disputed catch, he called for an end to the arcane rules policing low catches.

Most wickets in Test history

Michael Holding once again admonished Joe Root’s side for abandoning the gesture of taking a knee before Test matches and held them up for comparison with the Three Lions side at Euro 2020.