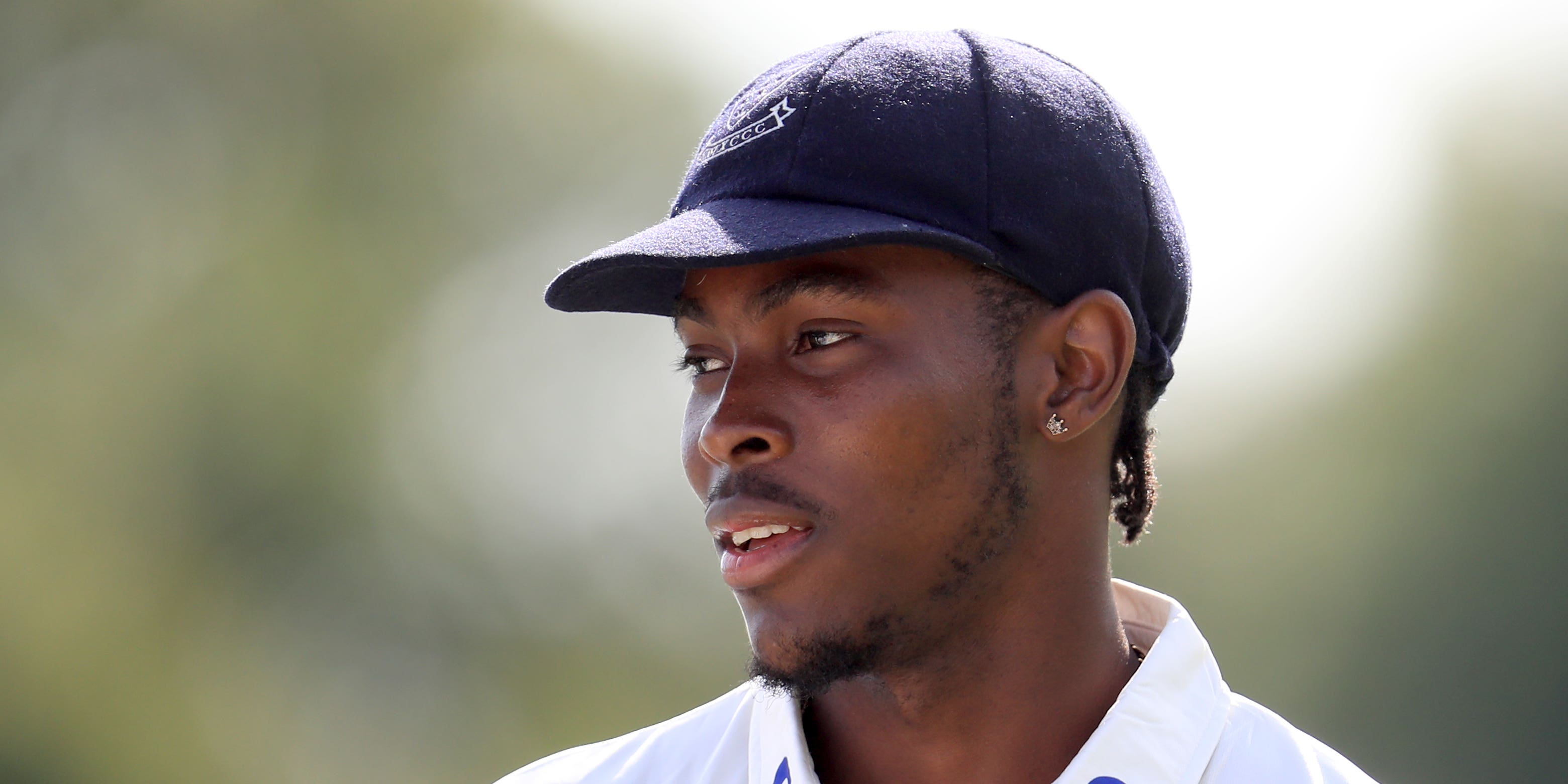 Jofra Archer has handed England an injury scare ahead of their Test series against New Zealand after he was unable to bowl for Sussex on Saturday.

The 26-year-old did not bowl during day three of his side’s LV= Insurance County Championship match with Kent due to a sore elbow.

Archer, who has been recovering from finger surgery and a longer standing elbow complaint since March, looked to be proving his fitness ahead of next month’s Tests having taken three wickets during the opening two days of the match.

But Sussex coach Ian Salisbury confirmed Archer would not bowl another ball in the championship clash.

Salisbury said: “I think there was some confusion about the state of Jofra’s elbow. (Skipper) Ben (Brown) thought he was going to bowl but his elbow was sore and there was confusion over that and he couldn’t bowl.

“If you saw today he’s not going to bowl tomorrow. You’ll have to ask the ECB.

“Any time that Jofra can’t bowl you’re going to be frustrated as a leader, or as a team. But it happens. In sport people get injured. That’s life. That’s sport.

“He’s still willing to be out there because he wants Sussex to win. They (the ECB) had to give him permission to play this game. He’s not our player so they had to give permission.”

It is another issue to deal with when head coach Chris Silverwood convenes his first selection meeting since taking full control of the process from Ed Smith on Monday.

They already have injuries to all-rounder Ben Stokes and opener Dom Sibley to monitor, while Indian Premier League contingent Jos Buttler, Jonny Bairstow, Chris Woakes, Sam Curran and Moeen Ali are unlikely to feature so soon after the end of their quarantine period.