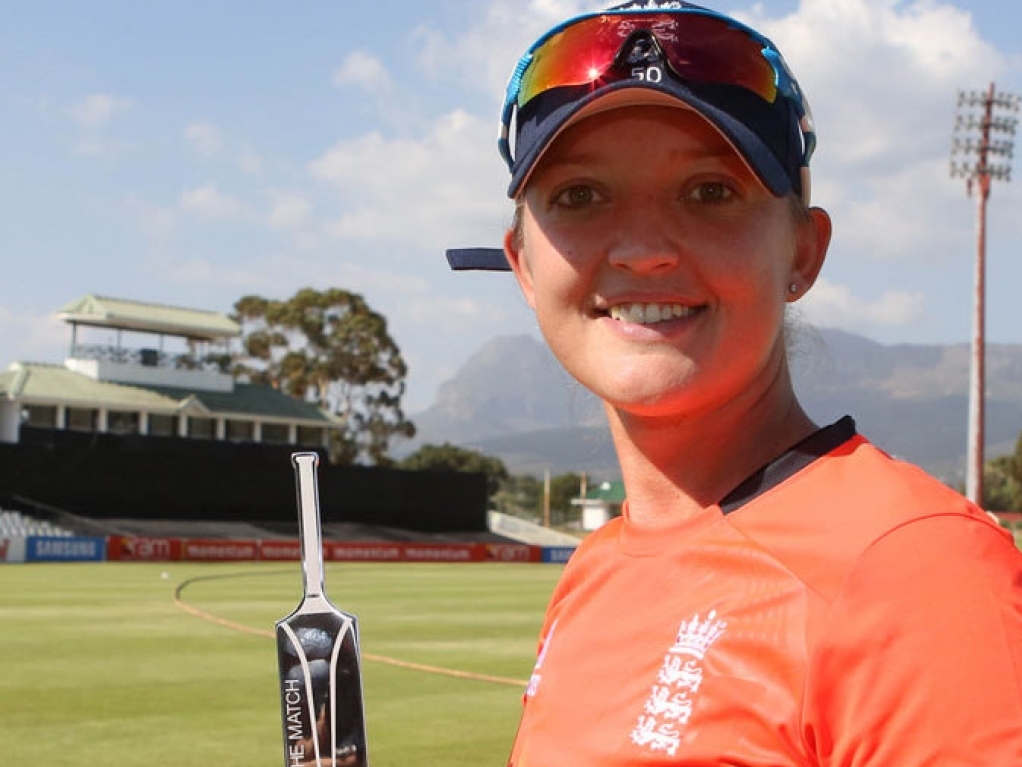 England wicket-keeper batsman Sarah Taylor, who is taking an indefinite break from cricket, has opened up about the reasons behind her hiatus.

The 27-year-old has played 101 ODIs for England, scoring 3261 runs at an average of 39.76 to become a key member of the England squad. Taylor has spoken candidly about her battle with anxiety which has led to her absence from the game.

In an interview with the BBC Taylor shed light on what she has been going through: "At its worst, it's a panic attack,"

"There are ways and depths in which it can hit you. It happened mainly when I was just about to bat, that expectation of wanting to score runs.

"The nerves would hit me but it would be nerves plus something else. I was always confused as to what it was but now I know.

"It's a genuine panic, the heart races, you feel faint. There have been times when I've had to run off into the changing rooms and been sick through sheer panic. That affected my performance and it had to be addressed.

"The biggest thing for me was the expectation that I put on myself. That triggered a lot of attacks. Putting myself in those situations was to test myself and reach that level but that in turn added to my anxiety.

"The way the game is going, this is a good time to take a break and fix myself – this is the most important thing, getting myself better."

Taylor is undergoing treatment in the form of cognitive behavioural therapy and hopes to return to cricket when she feels comfortable doing so.

As a keeper Taylor is highly rated, her quick reflexes have earned her 40 stumpings in 101 ODIs. England will be keen to see her return but Taylor's wellness must take priority as the issues she faces affect her off the field as well.

"I am 99 per cent sure that I will play. I want to, I absolutely want to play cricket, I want to put an England shirt back on. I want to train with the girls, I miss them terribly.

"It’s a case of being realistic and knowing that I will do everything in my power to become healthy and to put myself in a position where I can play again."

Last month, Monty Panesar opened up about the challenges he faced with mental health issues, and former England stars Jonathan Trott, Andrew Flintoff and Marcus Trescothick have all confessed struggling with similar conditions

The England star has said that she takes some comfort knowing that other top players have suffered from anxiety and depression: "The fact you know other people are going through the same thing and it’s OK, it’s normal, that has been the biggest insight for me.

"The support I’ve got through the ECB and from (coach Mark Robinson) has been incredible. This is a journey for me but I want it to be a learning for other people that it’s OK to go through something like this but it’s not OK to suffer in silence. To have the right people around you is really important and luckily I've had that."

Taylor has signed on to captain the Lancashire Thunder in the inaugural England Women’s Super League in July, but it remains to seen if she will be able to fulfill that commitment.

The England keeper starred for Adelaide Strikers in the Women’s Big Bash League last summer, and her absence will deeply affect an England team that has also had to deal with the recent retirement of long-time captain Charlotte Edwards, as they prepare to face Pakistan in three ODIs and three T20s from June 20.