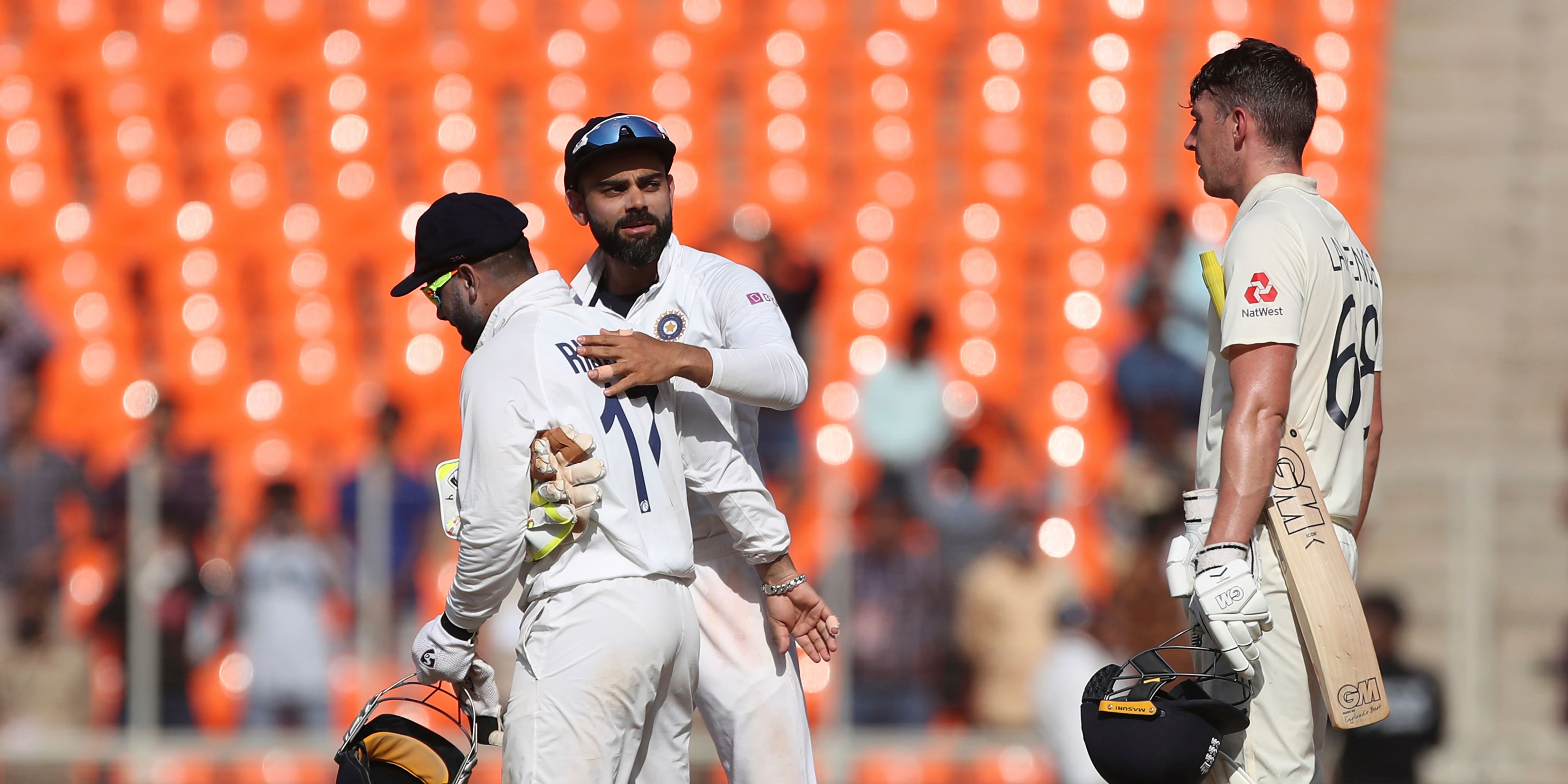 England’s punchdrunk batsmen crumbled one last time against spin as India wrapped up the fourth Test by an innings and 25 runs to seal a 3-1 series win and a place in the World Test Championship final.

Backed by the headwind of a 160-run first-innings lead, Ravichandran Ashwin and Axar Patel continued their outright domination of a team who looked technically traumatised and mentally spent after being rounded up for 135 on day three.

The pair have had England under their spell ever since Joe Root led his side to victory in the series opener and ended by taking matching five-fors, taking their combined tally to 59 wickets at a slender average of just 12.83.

Losing to India in their own conditions is nothing to be ashamed of and has been the fate of every touring team since Sir Alastair Cook’s class of 2012, but the collective inability to muster a contest between bat and ball will sting.

Since racking up 578 on a flat pitch in Chennai they have not come close to 200 in their next seven attempts and have not managed a single fifty partnership. When the sides meet again it will be on English soil – where seam take over as the primary threat – with India now due to arrive early having booked their place against New Zealand in the five-day format’s first ever final.

Dan Lawrence’s well-worked 50 provided the only hint of optimism for the losing side, while the only thing really went against India was the frustration of seeing Washington Sundar stranded on 96 not out in the morning.

He had seemed dead set for a maiden Test hundred but watched on as England finished the innings with three wickets in five balls – a run out, followed by two hard-earned wickets for the tireless Ben Stokes.

By then India had added 69 chanceless runs, with a century stand for the eighth wicket serving as an awkward backdrop to England’s imminent troubles. England’s under-pressure spinner Dom Bess conceded 15 of those in just two overs at the start of the day as an attempt to reinforce his fading confidence saw him sustain further damage.

After Patel was run out at the non-striker’s end, Stokes gratefully wiped out Ishant Sharma and Mohammed Siraj with inswingers as Sundar looked on helplessly. That left England’s openers with a tricky three-over stint before the lunch break and, although they came through that unscathed, it did not take long for fresh wounds to open.

Ashwin was called into the attack at the start of the afternoon session and promptly took two in two balls, Zak Crawley nicking the straight one to slip and Jonny Bairstow turning an off-break to leg-slip.

The pair have plenty to reflect on in the post-mortem, Crawley making six single-figure scores in four Tests this winter and Bairstow sitting on a run of three ducks in four attempts since returning from a break.

Dom Sibley’s output has also nosedived since scoring 87 in his first knock of the series but his dismissal for just three was a freak occurrence. Sweeping Patel, he smashed the ball out of the middle but saw the ball crash into Shubman Gill’s pads at short-leg and loop to Pant.

At 30 for three, Root and Stokes had a mountain to climb. But, having top-scored with 55 on day one and then returned four for 89 in a gut-busting effort with the ball, Stokes had run dry. He managed just two before turning Patel round the corner to a gleeful Virat Kohli.

Root kept the scoreboard ticking along and Ollie Pope had the small satisfaction of a clean six off Ashwin, but both fell in the space of three deliveries as the rot continued. Pope’s eagerness to use his feet saw him stumped for 15 on the charge against Ashwin and Root was pinned lbw for 30, defending deep in crease to Patel.

Ben Foakes and Lawrence came close to England’s first half-century partnership since the first innings in Chennai but fell six short when the former’s stout defence was picked over by Patel. The left-armer sealed his five-wicket haul when Bess’ forgettable match ended with an under-edge, before passing over to his partner to do likewise. Ashwin took care of Jack Leach and finished things when Lawrence ended a bright stay with a wayward slash.

Having started their sub-continental campaign with back to back wins over Sri Lanka and surprise victory in Chennai, England must now pore over three heavy defeats before repairing for the white-ball series.