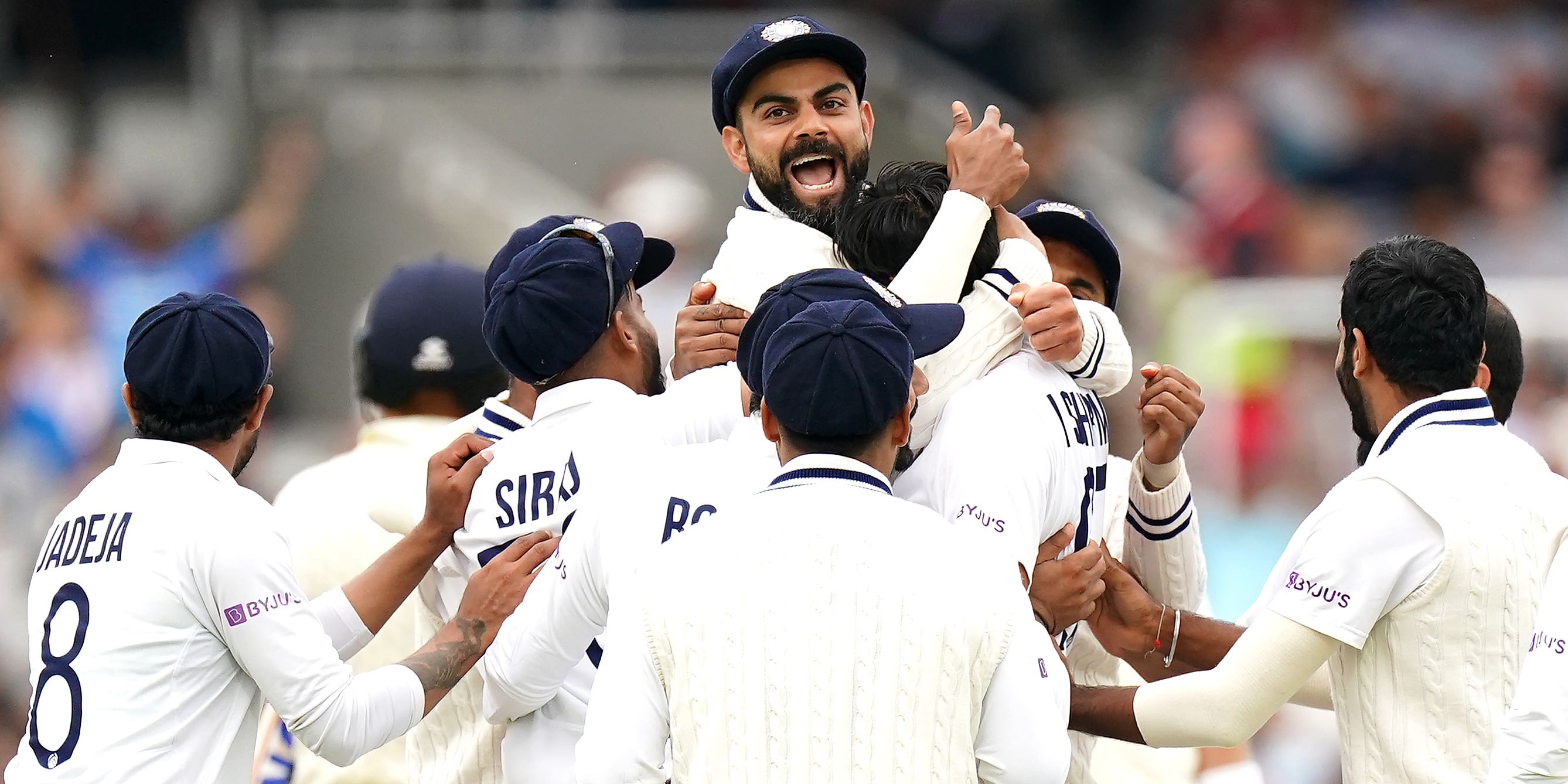 England were once again relying on Joe Root to save them after a ragged session in the field and a top-order collapse left them hanging on on the final day of the second LV= Insurance Test against India.

The home side’s hopes of forcing a victory of their own were floored by career-best knocks from tailenders Mohammed Shami (56 not out) and Jasprit Bumrah (34no) in an unbroken ninth-wicket stand of 89.

That allowed India to declare after lunch on 298 for eight, leaving an unlikely target of 272 in 60 overs.

England responded by losing openers Rory Burns and Dom Sibley for ducks, Bumrah and Shami responsible once again, and two wickets for Ishant Sharma left them reeling on 67 for four at tea, meaning England’s odds with this site were going drastically west and quickly.

Root was making a lone stand of defiance on 33no, continuing to bear England’s batting burdens alone.

When bad light brought an early end to proceedings on the fourth evening, all the momentum seemed to be with the home side, with India 154 ahead with only four wickets left.

They only strengthened their grip on things when Ollie Robinson removed the last recognised batsman, Rishabh Pant, in the fourth over of the day. One little edge outside off stump, a simple catch for Jos Buttler and they had done the hard work with minimal damage. Or so they thought.

Ishant was next, outwitted by a slow motion 64mph yorker from Robinson, but Shami and Bumrah were about to scale their Everest.

The lead was 182 when they came together, with their respective averages of 11.23 and 3.55 suggesting there was precious little to worry about.

What followed was an extended period of unedifying chaos in the field. Bumrah’s arrival at number 10 brought the worst out of England, who were intent on exacting revenge for his barrage of no-ball bouncers at James Anderson earlier in the match.

Mark Wood, patched up after injuring his shoulder on the fourth evening, was their chosen weapon and he used his pace to send down some rapid short stuff. He clattered Bumrah flush on the helmet early on, but England were guilty of taking their eyes off the bigger prize.

That left easy singles on offer and it was England playing catch-up as regular bowling changes failed to stop the bleeding. When Moeen Ali did earn Burmrah’s edge, Root floored it at slip.

The more ragged England got, the more Shami flourished. Moeen bore the brunt, heaved away for two aerial boundaries and then biffed for six over wide long-on to bring up a quite remarkable half-century.

Kohli did not declare at lunch, instead dragging England out for another nine balls before making the call. If his intention was to hurry the openers or break their concentration, he would have been overjoyed at what happened next.

Burns and Sibley made their unwanted entry into the history books as both men fell without score, humbled by the very pair who had just thrown the bat with abandon.

Bumrah took care of Burns, spooking him with extra bounce then picking up a leading edge with one that nibbled off a leg-stump line.

Shami then continued his day to remember with an absolute pearl to Sibley, opening him up like a tin can with seam movement and kissing the outside edge.

Haseeb Hameed already had a first-innings golden duck to his name and he was close to adding to the string of noughts, nicking Shami inches in front of the cordon and getting off the mark when the ball squirmed loose.

He was dropped by Rohit Sharma on four but ate up 45 balls before Ishant had him lbw with a nip-backer.

Root was mostly untroubled, only briefly worried when Pant got a glove to a glance down leg on 21.