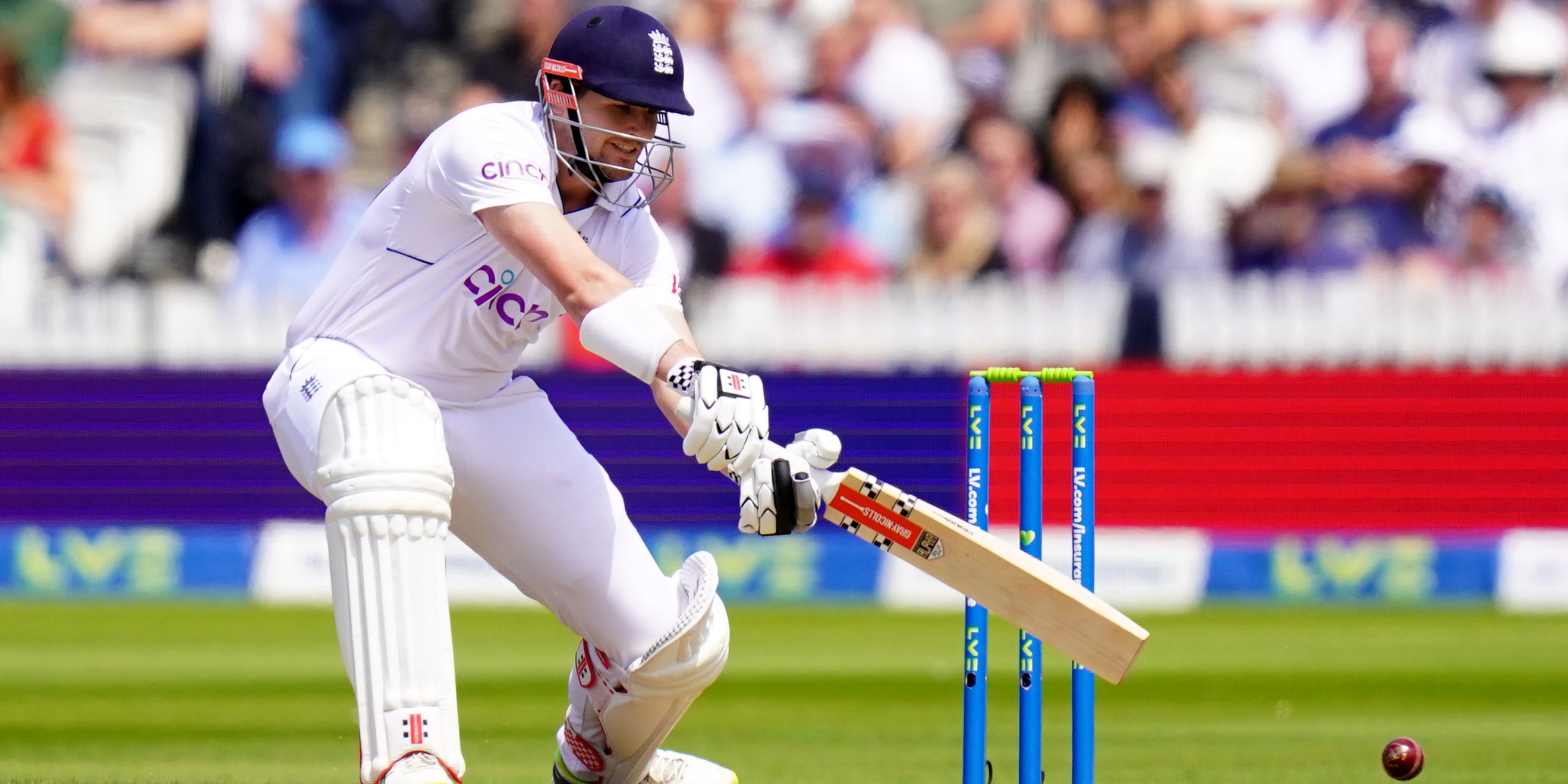 Alex Lees cracked a 94-ball century as England Lions began their Sri Lankan tour with a performance straight out of the ‘Bazball’ playbook.

The Test team may recoil at the term, but the impact of their ultra attacking brand of cricket is already being felt as the second string scored at a fierce rate on day one of their warm-up match in Colombo.

The tourists declared on 413 for eight after just 67 overs at the crease, better than a run-a-ball over the course of the innings against a Sri Lanka President’s XI.

Lees, dropped by England after a lean summer, led the way with a knock of 103 as he struck 12 boundaries and two sixes.

The left-hander has vowed to prove he still has a place in the regime led by Ben Stokes and Brendon McCullum, despite a top score of just 67 from 10 Test caps, but actions such as these speak louder than any words.

His ton was the second fastest ever by an England batter at this level, with Luke Wright holding the record for a 91-ball effort in New Zealand in 2009.

Lions captain Haseeb Hameed was dismissed for a golden duck in the first over but the runs kept flowing as Tom Abell (57), Josh Bohannon (58), Jack Haynes (64no) and Jamie Smith (50) all made half-centuries as the hosts shuffled 10 bowlers in a game that will see both teams use full squads.

Surrey wicketkeeper-batter Smith needed just 35 balls to reach his fifty from number eight, making it the quickest by an Englishman at ‘A’ level.

The President’s XI reached 93 for two in 19.5 overs in reply, spinners Liam Patterson-White and Jack Carson both picking up a wicket.