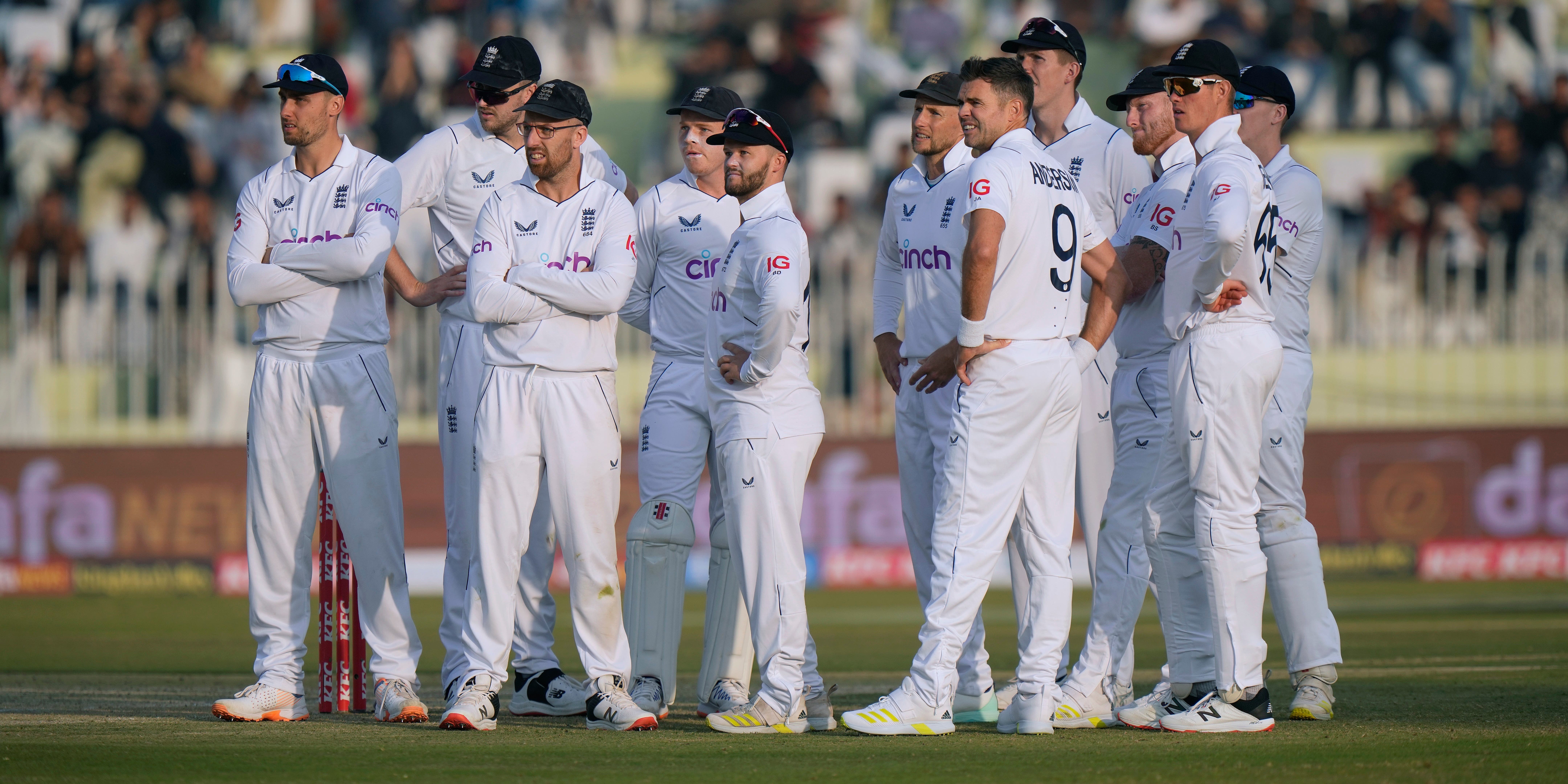 Pakistan made impressive progress replying to England’s 657 all out as they finished the second day of the first Test on 181 without loss on a docile Rawalpindi pitch.

Openers Imam-ul-Haq and Abdullah Shafique both moved towards centuries as the tourists toiled in the field in the afternoon and evening sessions after being bowled out before lunch.

Captain Ben Stokes constantly tinkered with the field, keeping several players close to the bat, but they did not create many chances on the flat deck.

England used six of their bowling options but were unable to find the breakthrough, with Imam and Shafique looking comfortable and confident at the crease on 90 and 89 respectively.

Ollie Pope had two half-chances while standing in for Ben Foakes, who was still suffering the after-effects of a viral infection that spread through 13 to 14 members of the touring party in the build up to the game.

The wicketkeeper missed a tough chance after the ball seemingly caught the edge of Imam’s bat.

Soon after he failed to take the ball cleanly after Jack Leach beat the bat of Shafique, who had over balanced out of his crease. By the time the Surrey player whipped off the bails the batter had got his foot behind the line.

There was also a moment where England thought they had made a breakthrough with the score on 109, but the replay showed the ball had hit the ground before bouncing into Pope’s gloves off James Anderson.

In the evening, Keaton Jennings had a half-chance at short-leg, when the ball was pummelled at the substitute fielder, hitting him in the midriff.

It was the morning session which provided the most entertainment of the day, as England started with the same attacking intent that rewrote the record books on day one when they put on an incredible 506 for four in just 75 overs.

England set a new record for their highest score in the sub-continent, narrowly eclipsing their previous total of 652 in Chennai back in 1985, with an innings including 95 boundaries, of which nine were sixes.

Harry Brook brought up a maiden Test 150 and carted Zahid Mahmood for 27 – setting a new record for most runs in a single over by an England batter in the format- after hitting six consecutive fours the previous day.

The Pakistan bowlers had more opportunities than the first day, but England could have scored more runs, with many wickets given away.

Stokes resumed the day on 34 from 15 balls and sent his first delivery over the bowler’s head into the stands, but was bowled by Naseem Shah for 41, a potential missed opportunity to really capitalise on the dead track.

Liam Livingstone also departed just after hitting a six into the top tier, picking out the man on the deep square-leg boundary, while fellow debutant Will Jacks made 30 off 29 balls and Ollie Robinson contributed 37.