England make inroads as Pakistan reach 298 for three at lunch 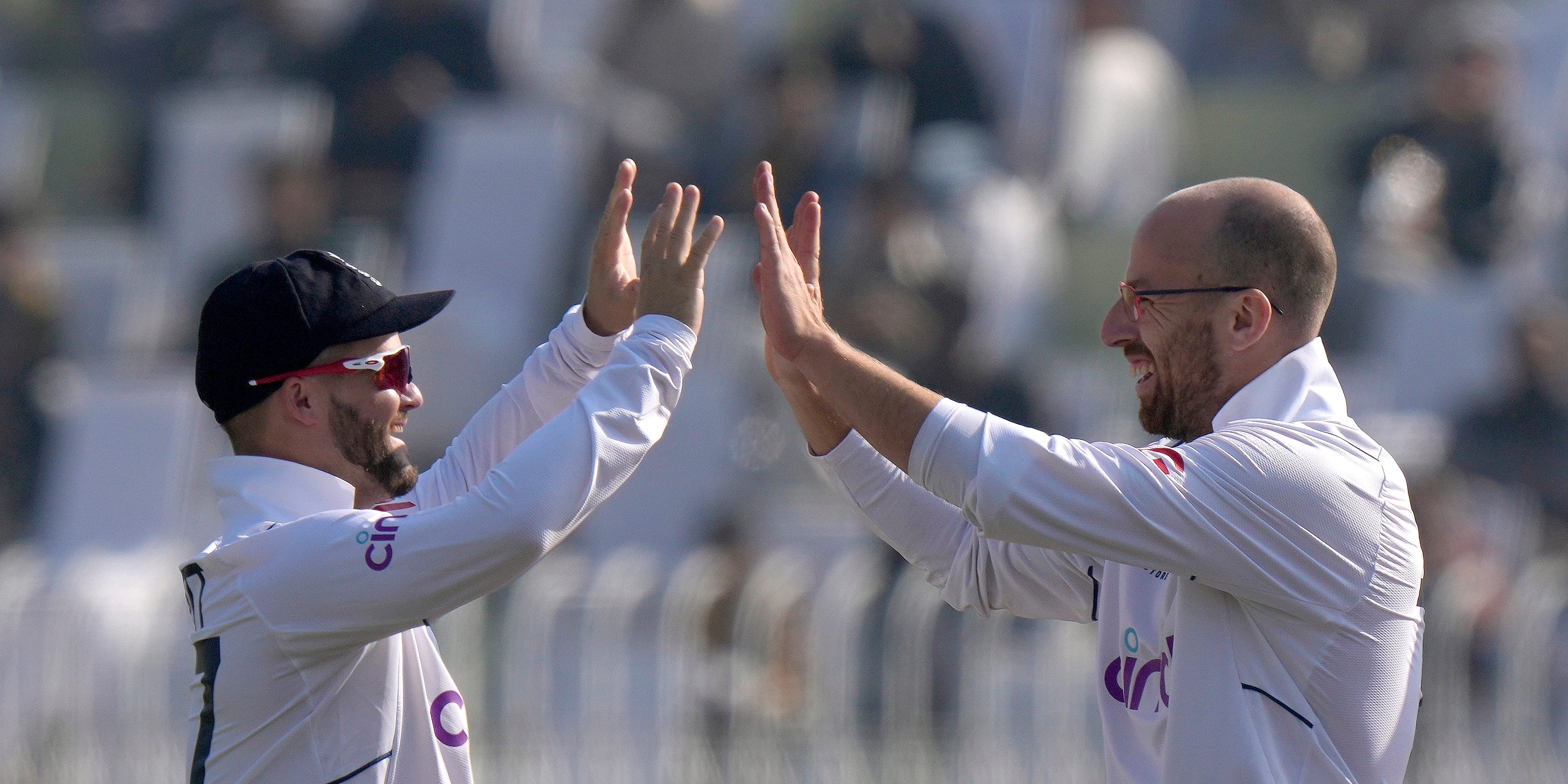 England made inroads into the Pakistan batting line-up as the hosts reached 298 for three at lunch on day three of the first Test in Rawalpindi.

The going was tough for the England bowlers throughout the morning session on a pitch that continued to offer very little, but they were rewarded for an unconventional decision to offer Jack Leach the new ball.

It was challenging for the tourists for the first hour or so, but they did claim three wickets, all to spin.

It was Leach’s wicket just before lunch which started to slightly shift the momentum when he trapped Azhar Ali lbw with one that just straightened.

After resuming on 181 without loss, both openers brought up their centuries, with the Test becoming the first in history where both opening stands have been over 100, and all four departed having scored centuries.

Abdullah Shafique was the first to bring up his century for the hosts, which came from 177 deliveries, as Pakistan continued in the same manner as they finished the second day.

It was Abdullah’s third century in only his eighth Test match, all of which have come in the subcontinent.

Imam-ul-Haq followed up his teammate by bringing up his own ton shortly afterwards, from 180 balls, his third century at the ground in Rawalpindi.

Abdullah was the first wicket to fall when the batter was caught behind trying to cut a short, wide ball off the bowling of Will Jacks for 114.

In almost identical fashion to the England innings, when Ben Duckett and Zak Crawley fell in successive overs, Imam did not last much longer when he picked out the fielder at deep long on to depart for 121, with Pakistan 245 for two.

Pakistan went into the break well behind England’s impressive first-innings total of 657 and, although their scoring rate was slower, it remained consistent as the tourists had to work hard to find breakthroughs on a dead pitch.