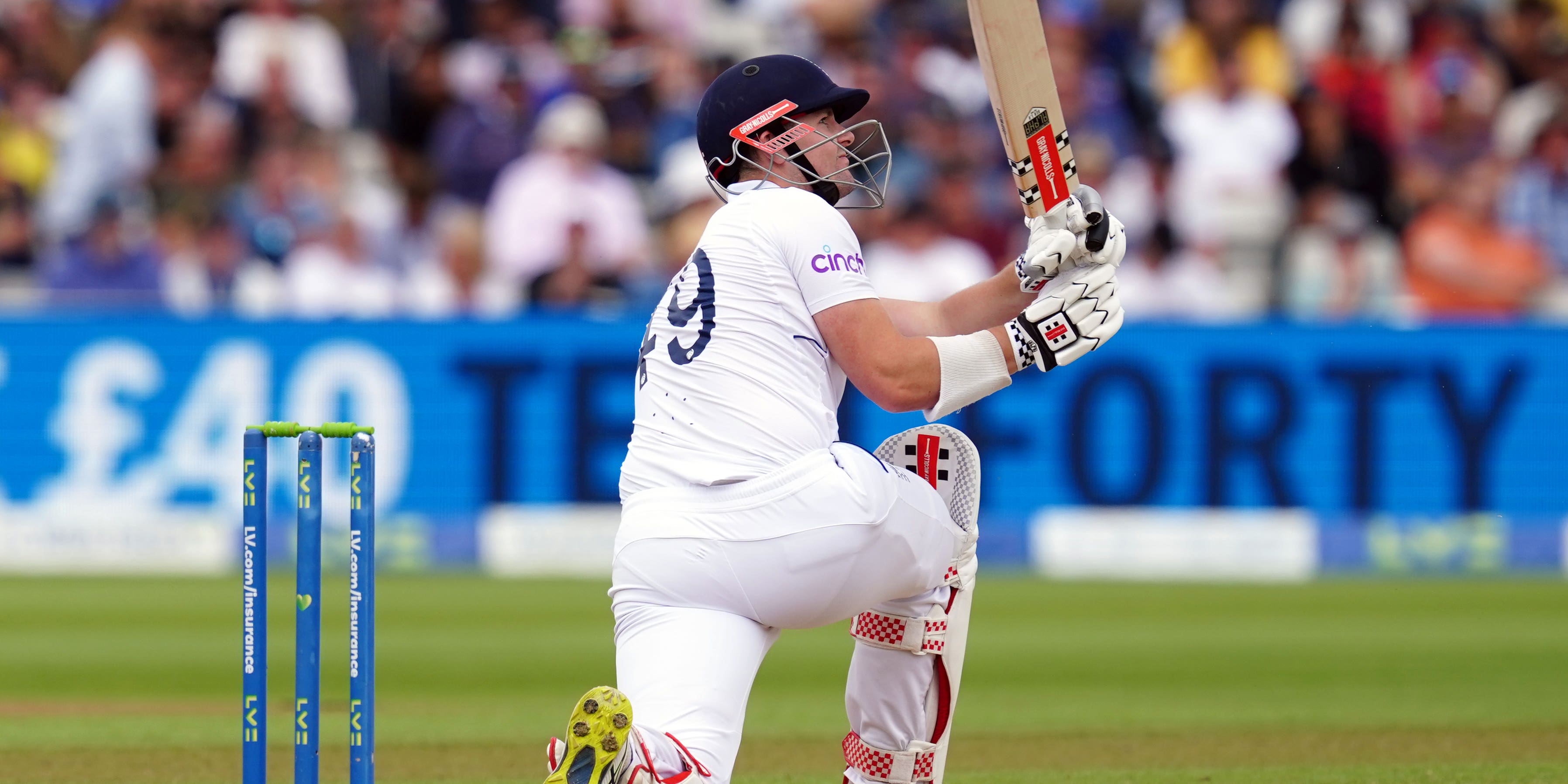 Alex Lees and Zak Crawley shared a brilliant century stand as England set about a record chase of 378 in the series-deciding Edgbaston Test against India.

England’s best ever fourth-innings pursuit of 359 came three years ago when Ben Stokes produced his Ashes miracle at Headingley, but their openers carved off a huge chunk of that task on the fourth afternoon as the home side took tea on 107 for one.

With a high-class attack, a wearing pitch and both top-order players in need of a score, all conventional logic pointed to an India win but Lees (56 not out) and Crawley (46) attacked the equation with absolute freedom.

They roared past 50 in just nine overs, raced to three figures in the 20th and shared 15 boundaries in their first ever century stand together.

It was the latest example of fearless chasing by a side who backed themselves to chase down scores of 277, 299 and 296 in last month’s series against New Zealand and triumphed on each occasion.

India’s nerves were eased somewhat by skipper Jasprit Bumrah, who brought himself back for one over before the interval and ripped one back off the seam to clean bowl Crawley as he offered no shot.

India had earlier missed out on the chance to post an even more imposing lead after losing seven wickets for 120, with captain Stokes claiming figures of four for 33.

They had slowed the pace of the game on the third evening, playing a more conservative style as they went about growing their hard-earned lead.

Cheteshwar Pujara had set the tone with a slow and steady half-century, but he was immediately more adventurous when play resumed at 125 for three. His new approach brought a couple of early boundaries off James Anderson but came at a price, and he was soon on his way for 66 having slashed Stuart Broad to backward point.

Rishabh Pant and Shreyas Iyer needed no invitation to go hard, adding 37 in a hurry before the latter mis-controlled a pull off Matthew Potts and shovelled it to Anderson on the rope.

Pant, meanwhile, galloped to his half-century before giving it away on 57. He was off balance as he attempted a pre-meditated reverse sweep against Jack Leach, feathering through to Joe Root, who did well to ignore the tangle of limbs and watch the ball.

India’s lead stood at 330 as Pant walked off, with England taking the remaining four wickets for 47 runs either side of lunch. It was a barrage of bumpers that finished things up, with Potts clattering Shardul Thakur on the helmet before taking him out on the hook to open up the tail.

Stokes finished things off in rapid fashion at the start of the afternoon, rearranging Ravindra Jadeja’s stumps before bouncing out Shami and Bumrah in successive overs to complete his best figures in almost five years.