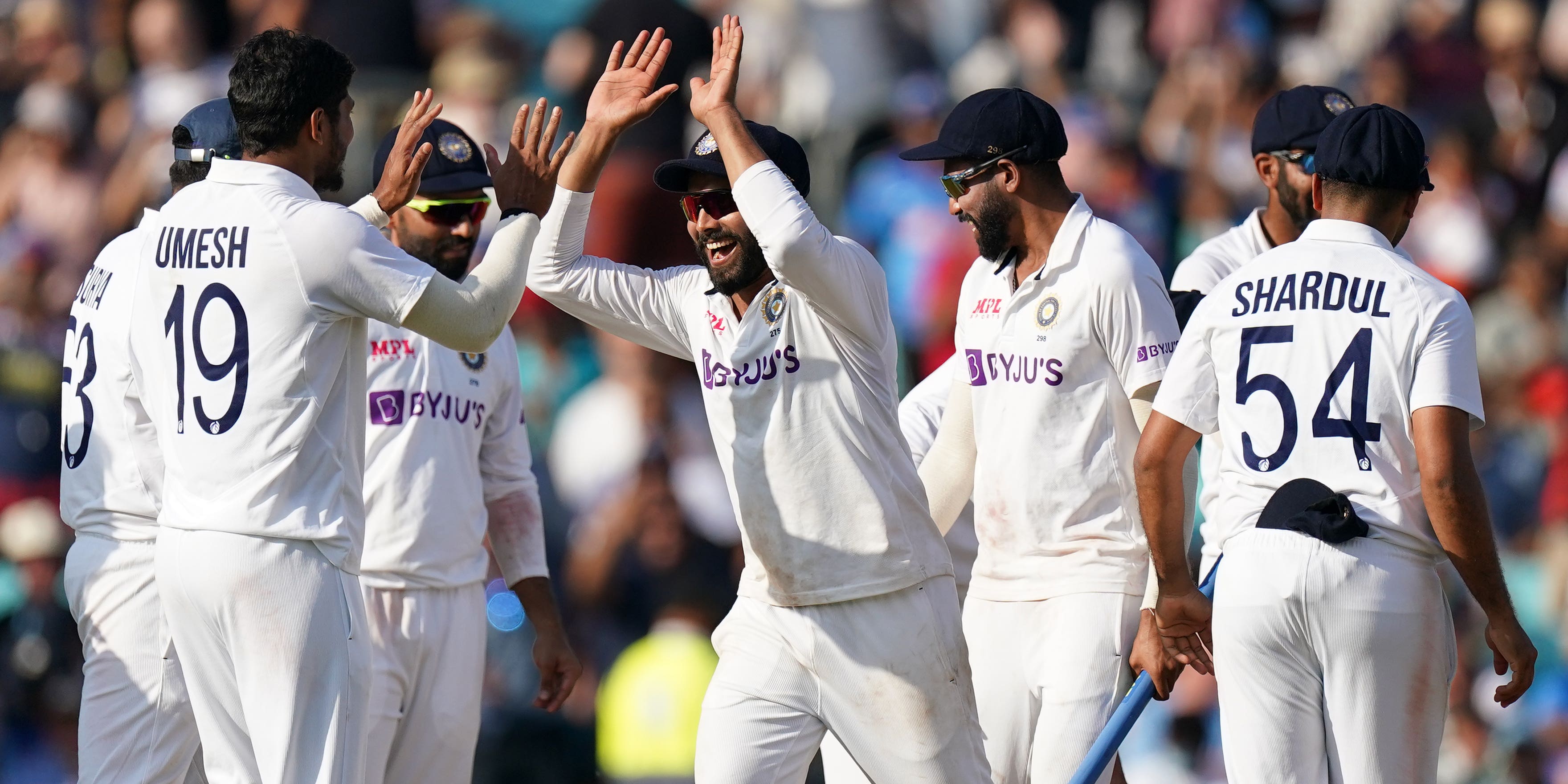 England arrived on the final morning of the fourth LV= Insurance Test dreaming of a famous chase against India but left with their tail between their legs, outclassed in a 157-run defeat at the Kia Oval.

The home side needed 291 in three sessions to complete a record pursuit of 368 but never looked like making a serious dent in that challenge as India rinsed them for 210 to take a 2-1 lead with a game to play.

India were in control from the start but moved in for the kill in the afternoon session, peaking with a climactic stint that saw Jasprit Bumrah and Ravindra Jadeja share four wickets for just six runs.

Bumrah was fast, full and fizzed it through the air, while Jadeja enjoyed some lavish turn out of the rough to justify the controversial non-selection of premier spinner Ravichandran Ashwin.

All the talk on the fourth evening had been of a flat pitch that was there for the taking, but as Haseeb Hameed, Ollie Pope, Jonny Bairstow and Moeen Ali formed an orderly queue to the pavilion, there was a reminder that such ideas are only ever easy in theory.

Hameed’s 63 was England’s top score but most of his good work was done on Sunday evening, and his contribution of 20 runs from 108 balls on the day set a timid tone.

England will now head north to Old Trafford knowing a drawn tour is the best they can hope for and with a potential headache over the fitness of strike bowlers James Anderson and Ollie Robinson, who have been worked into the ground over the past month and may not make the finish line.