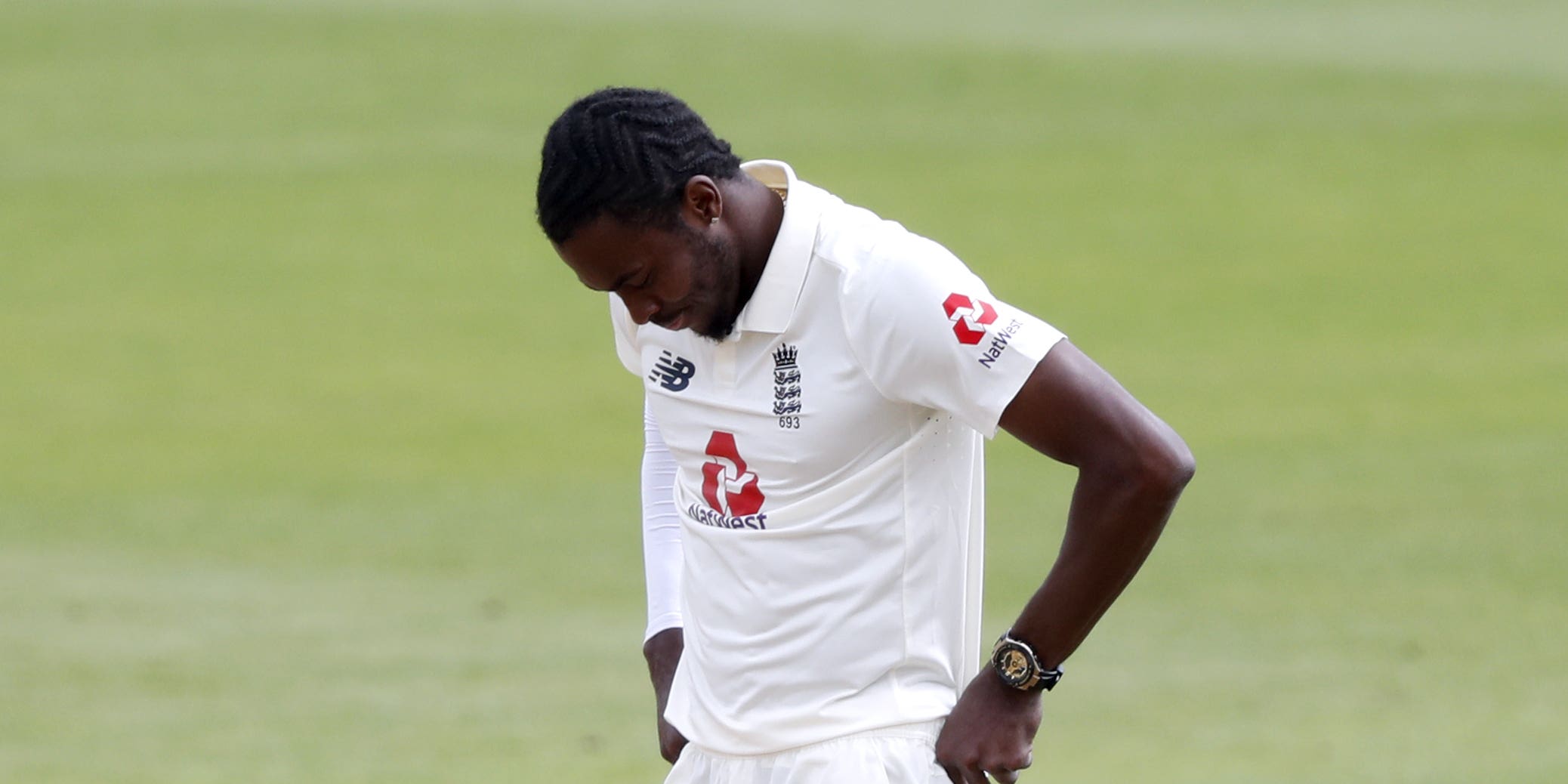 England have sent Jofra Archer for elbow surgery in a bid to salvage the paceman’s hopes of playing a key part in the Ashes and Twenty20 World Cup later this year.

Archer’s painful right elbow has been a source of concern for the past 18 months and, following a consultant’s meeting on Wednesday, it has been decided that an operation is required.

Details are sketchy at this stage but it is thought the required recovery time after surgery, which will take place on Friday, could be anywhere from two to three months.

In an ideal world England would like to see the 26-year-old back in their attack during the five-match Test series against India, which concludes in mid-September, but it has long been clear that their two primary objectives come at the back end of the calendar.

He is an established match-winner in the shortest format, and would be a nailed-on selection for the October’s T20 showpiece, while he is also considered a potential X-factor on the Australian Test pitches this winter.

A brief statement from the England and Wales Cricket Board read: “England and Sussex bowler Jofra Archer has been reviewed by a medical consultant in respect of his right elbow soreness. He will now proceed to surgery tomorrow (Friday). Further updates will be released in due course.”

It had previously been hoped that a combination of rest and cortisone injections would be enough but that course of action was exposed as insufficient during an aborted first-class comeback for Sussex.

After coming through a second XI outing unscathed he lined up against Kent last week but managed only 18 overs in the match, ultimately informing his captain Ben Brown that he was unable to bowl despite taking the field.

That was the latest setback for Archer, who was ruled out of the Indian Premier League earlier this year and subsequently went under the knife to have a fragment of glass removed from the middle finger on his right hand following a freak incident involving a fish tank.

The extra time out did not have the required effect on his elbow and he will now be absent for an extended period, under the guidance of the ECB medical team. Archer was diagnosed with a low-grade stress fracture in his elbow as far back as the 2019/20 tour of South Africa though the current complaint is said not to be directly linked.