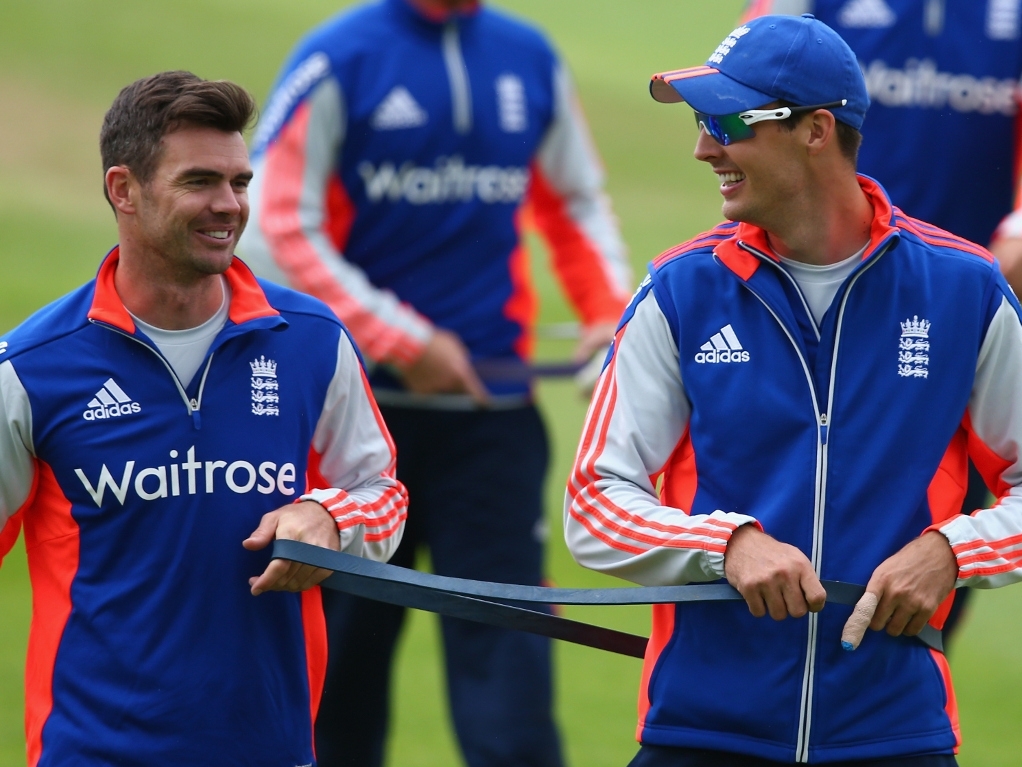 England fast bowler James Anderson has climbed to second place in the ICC rankings for Test Bowlers after helping inspire the hosts to an eight-wicket victory inside three days against Australia in Edgbaston on Friday.

The Lancashire man, who turned 33 during his 107th Test appearance, claimed match figures of seven for 62 to leap four places to second, and he is now 80 points behind South Africa’s Dale Steyn who is currently in action against Bangladesh in Mirpur.

Though Anderson has already been ruled out of contention for the fourth Test in Trent Bridge next week because of a side strain, there was further good news for Alastair Cook’s men in that his team-mate Steven Finn, playing in his first Test in more than two years, put in a man of the match performance and re-entered the rankings in 19th position after taking match figures of eight for 117.

As a consequence of Anderson's rise, Mitchell Johnson dropped a place to joint fifth alongside Stuart Broad on 791 points. However Johnson reached a significant personal milestone by passing 300 wickets in Birmingham.

Despite the defeat, there was a career high gain for the leading wicket-taker in the series, Australia’s Josh Hazlewood, who moved up three places to 14th after claiming his 14th wicket of the series to date, while off-spinner Nathan Lyon rose one place to 15th.

In the rankings for Test Batsmen, Steven Smith continued to lead the way at the top, but Joe Root climbed three places to third after scoring 63 and 38 not out, which meant that in 30 Test matches to date, the Sheffield man scored seven centuries and 13 fifties.

Root now stands on 882 points, 17 behind South Africa’s AB de Villiers. Ian Bell climbed six places to 30th after back-to-back half centuries (53 and 65 not out) on his home county ground, while there were also advances for Moeen Ali (up 11 to a career high 52nd) and Broad (up four places to 78th).

It was a disappointing Test for Australia’s top order batsmen all round, with none gaining ground and skipper Michael Clarke dropping two places to 22nd. However Mitchell Starc’s scores of 11 and 58 helped the 25-year-old climb four places to 83rd.

After a fine all-round performance, Moeen Ali climbed two places to a career high seventh position in the rankings for Test All-rounders, while there was also a career high gain for left arm pacer Starc who rose three places to draw level with team-mate Shane Watson in ninth.