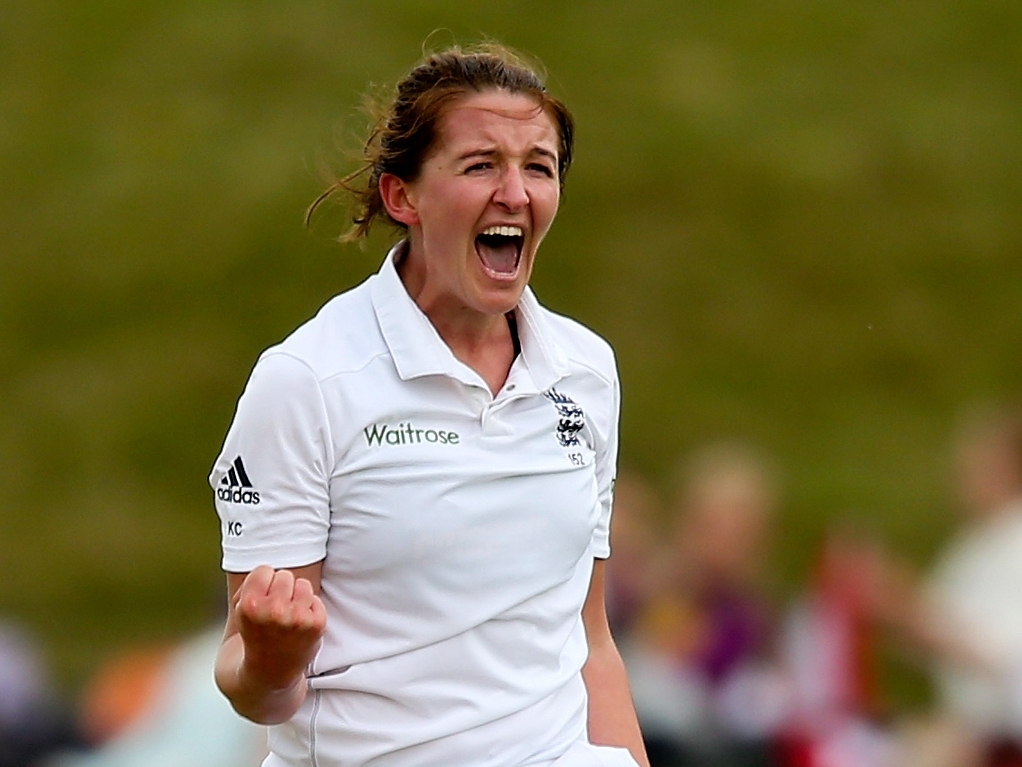 England fast bowler Kate Cross has caused a stir in the Central Lanchashire League, because aside from being the first woman to play in the men's league in over 100 years, she took eight wickets on Sunday.

Cross plays for Heywood's senior men's side, and used her international experience to remove eight of the Unsworth batsmen for 47 runs to lead her side to victory.

Cross, who has played nine ODIs for England Women, taking 13 wickets at an average of 23, told the BBC of her experience: "I'm treated like another player.

"I've grown up playing boys' cricket and I'm never treated like a girl in a boys' team. I never dreamed I would get an eight-for in men's cricket.

When asked how opposition players react to her, she said: "There is always that hesitancy that you don't want to get out to a girl.

"But I think people have taken it more seriously since we had professional status. People take me seriously now.

"I keep quite quiet on the pitch. The other lads do the sledging for me. I'd rather take an eight-for and do the talking in that respect rather than not make a fool of myself and get hit for sixes."

Speaking of professional, there has been a bit of controversy, as Cross is a women's professional and each club is only allowed to have one pro. But she has not been counted as that, with New Zealand's Rob Nicol the club's pro.

Women only recently started being paid, and Cross says the rules have not caught up yet so she gets to play: "There has been talk around whether it should be allowed.

"But there is nothing in the rule book abut girls being professionals because we didn't exist until May last year.

"A few teams have made it known they are unhappy but at the end of the day the league have stuck by their position."

Cross has also played two Tests for England, taking 12 wickets at an average of 11.75.