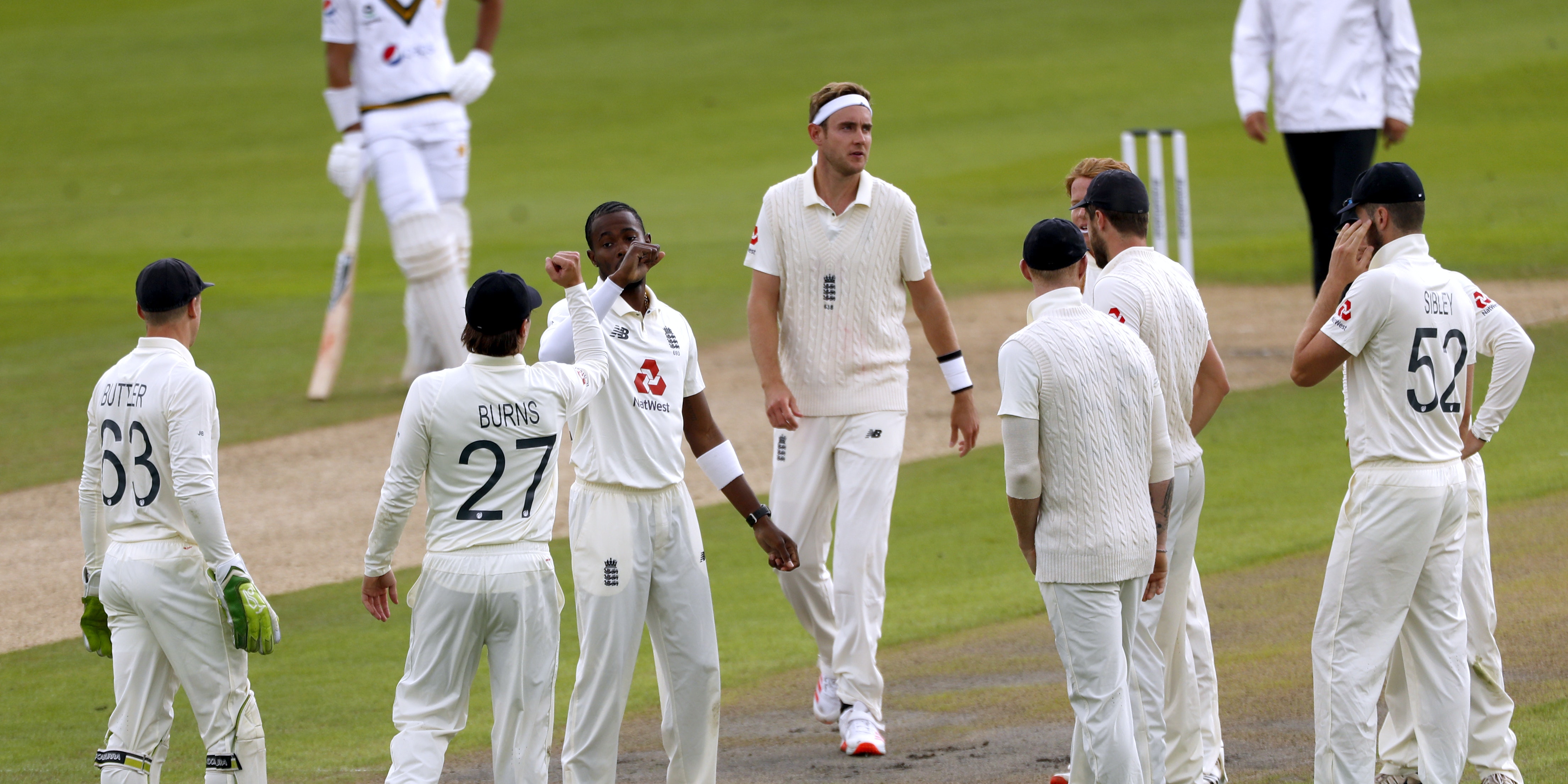 While Pakistan and rain have frustrated England on day one of the first Test, Joe Root’s side were able to achieve one impressive feat at Emirates Old Trafford.

During a break for poor weather, the players attempted the header bin challenge and after numerous rubbish efforts cracked it.

In the successful task, James Anderson, Root and Chris Woakes got the headers under way on the balcony before Mark Wood flicked on for Jos Buttler on the pitch.

England’s wicketkeeper managed to find Dom Bess and after Ollie Pope flicked on, it was left for seamer Wood to apply a deft header which landed in the bin.

Sky Sports captured the footage and the wild celebrations from the players and staff which included head coach Chris Silverwood.

Back in January the team were banned from playing football after Rory Burns suffered a serious ankle injury during a pre-training game on the eve of the second Test in South Africa.

Yet with no tackles required for the header bin challenge, this was given the green light and England succeeded in their task… eventually!