Home News England pile on the runs in Rajkot

England pile on the runs in Rajkot 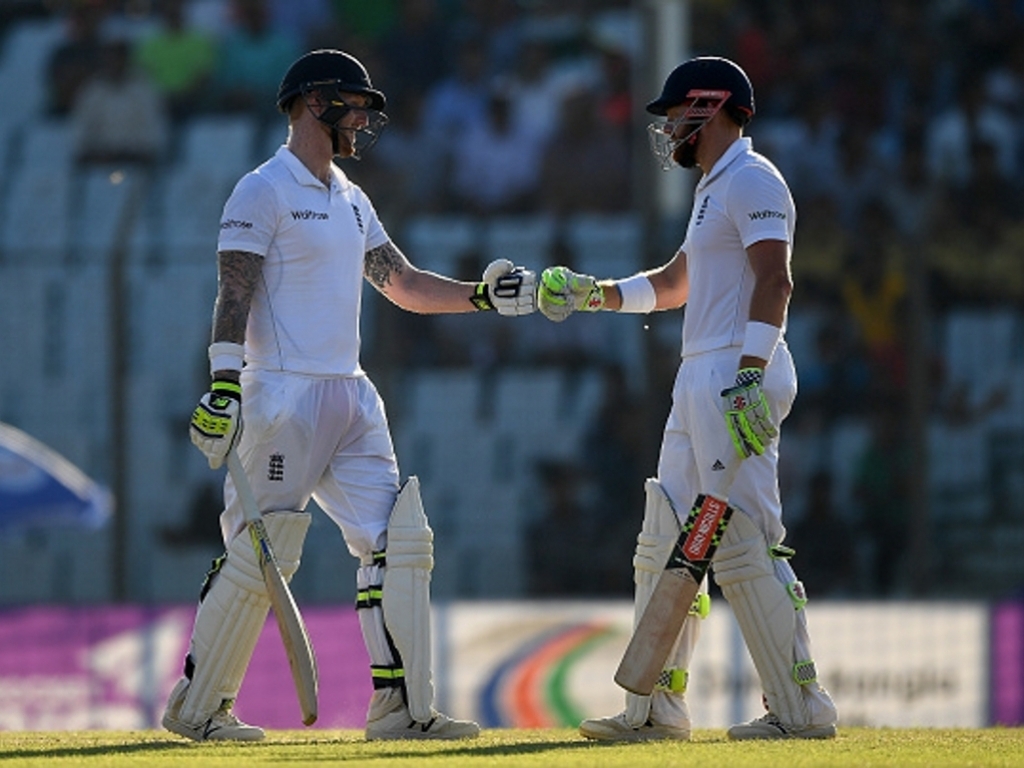 England amassed their highest score in India for over thirty years on day two of the first Test reaching 537 before India crawled to 63 without loss.

England resumed play on 311 for four and would have been looking to pass 500 on a surface that has offered little for the bowlers.

Moeen Ali and Ben Stokes got off to a flying start, with the former bringing up his fourth Test century off the third ball of the day.

Moeen (117) wouldn’t last too long though as he was bowled offering no shot to Mohammed Shami in the seventh over of the day.

This brought together England’s ginger wrecking crew of Stokes and Jonny Bairstow with the pair putting on 99 runs at 4.67 runs per over.

Bairstow fell four runs short of yet another Test fifty in what has been an incredible year for the Yorkshire keeper but did manage to blast 5 fours and 2 sixes.

The England keeper would fall victim to the reverse swing of Shami, nicking off to a ball that nipped away slightly.

Chris Woakes (4) and Adil Rashid (5) were snaffled cheaply by Ravindra Jadeja, but Zafar Ansari would help Stokes guide England past 500.

Stokes went to his fourth Test century as England became the first team since Sri Lanka in 2009 to have three centurions in one innings in India.

Stokes (128) would eventually be strangled down leg off Umesh Yadav before Stuart Broad and Ansari added 20 runs for the final wicket.

England’s bowlers were treated to a preview of the hard work ahead of them as India ground out 63 runs without loss in the 23 overs the tourists bowled after tea.

The pick of India’s bowlers was Ravindra Jadeja who finished with figures of  3 for 86 from 30 overs.

Gautum Gambhir (28*) and Murali Vijay (25*) are the men who will be out in the middle when play resumes on Friday.