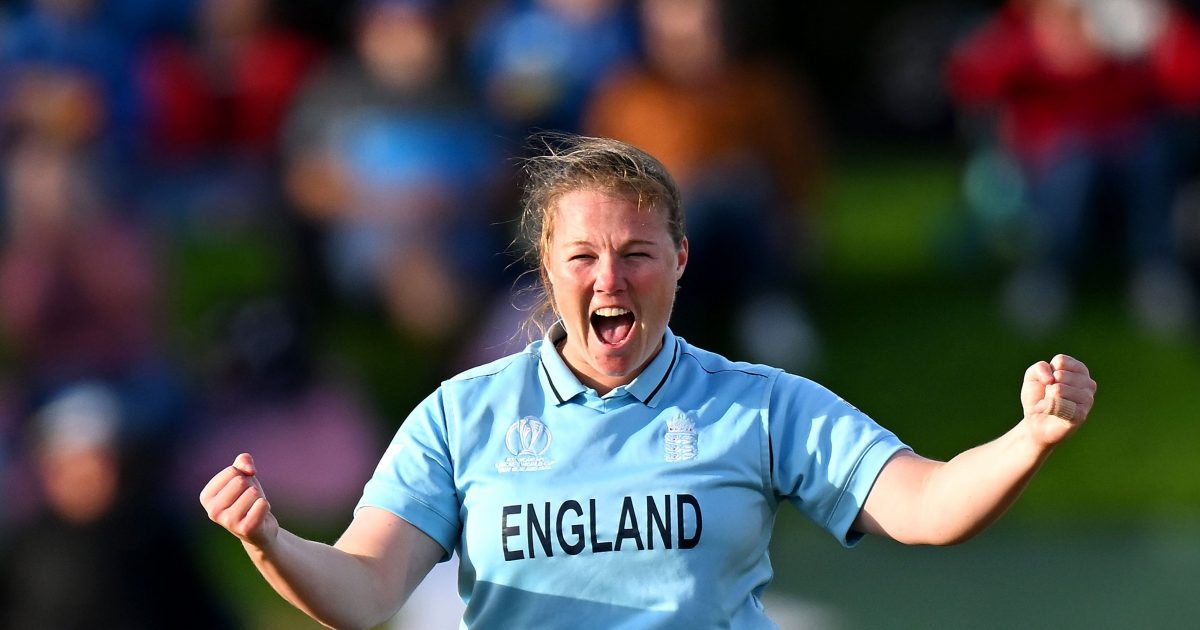 Danni Wyatt struck a maiden World Cup century as England powered into the final with a dominant 137-run victory over South Africa in Christchurch.

Heather Knight’s side have overcome their poor start to the tournament – opening their title defence with three consecutive defeats – and a fifth straight win set up a meeting with Australia in Sunday’s final.

Sophie Ecclestone claimed a maiden international five-for, finishing with figures of six for 36 from eight overs as South Africa were bowled out for 156.

In the group-stage meeting, fielding errors had crept into England’s performance as they dropped Laura Wolvaardt three times on her way to a match-winning 77, but this time it was South Africa who were left to rue their mistakes in the field.

Wyatt was dropped five times on her way to 129 from 125 deliveries, which set England on course to 293 for eight after being put in to bat.

Having only made 56 runs before the seventh match of the tournament, Wyatt struck 76 against Pakistan but really found her feet in the semi-final.

Wyatt was well-supported by Sophia Dunkley as they put on 116 runs for the fifth wicket, with the South East Stars batter making 60.

Ecclestone’s haul was the best figures of the tournament so far, her fifth wicket came when Masabata Klaas top-edged the ball to Tammy Beaumont, before she took the final wicket of the game.

At the start of the chase, the tournament’s top-scorer Wolvaardt lasted less than two overs before chipping the ball back to bowler Anya Shrubsole for a duck.

The dangerous Lizelle Lee followed shortly afterwards to leave South Africa eight for two, flicking the ball to the leg side again off Shrubsole.

Lara Goodall and captain Sune Luus led a small resurgence after the two early wickets, putting on a quick 36, before the captain was bowled by Kate Cross.

Goodall was dropped on 18, by a jumping effort from Charlie Dean off Nat Sciver, but she added only 10 more runs before being bowled by Dean.

Marizanne Kapp tried to push the scoring rate on after the required rate had kept climbing with the tumble of wickets, but only made 21 before Ecclestone took her first wicket of the match.

Ecclestone then cleaned up, taking the wickets of Mignon du Preez and Chloe Tryon, on her way to finishing with the best figures for an English player at the Women’s World Cup.

In the first innings, Tammy Beaumont fell to Kapp early, leaving England 10 for one.

Wyatt was dropped on 22 by Lee at slip, and again on 36 by Kapp who had covered ground well but the ball slipped out as she hit the ground.

Sciver and Jones made 15 and 28 respectively before Dunkley came to the crease with England 126 for four.

Wyatt and Dunkley’s partnership and a useful 24 from Ecclestone saw England post what proved to be a comfortable match-winning total.