England relinquish world number one spot after defeat to Australia 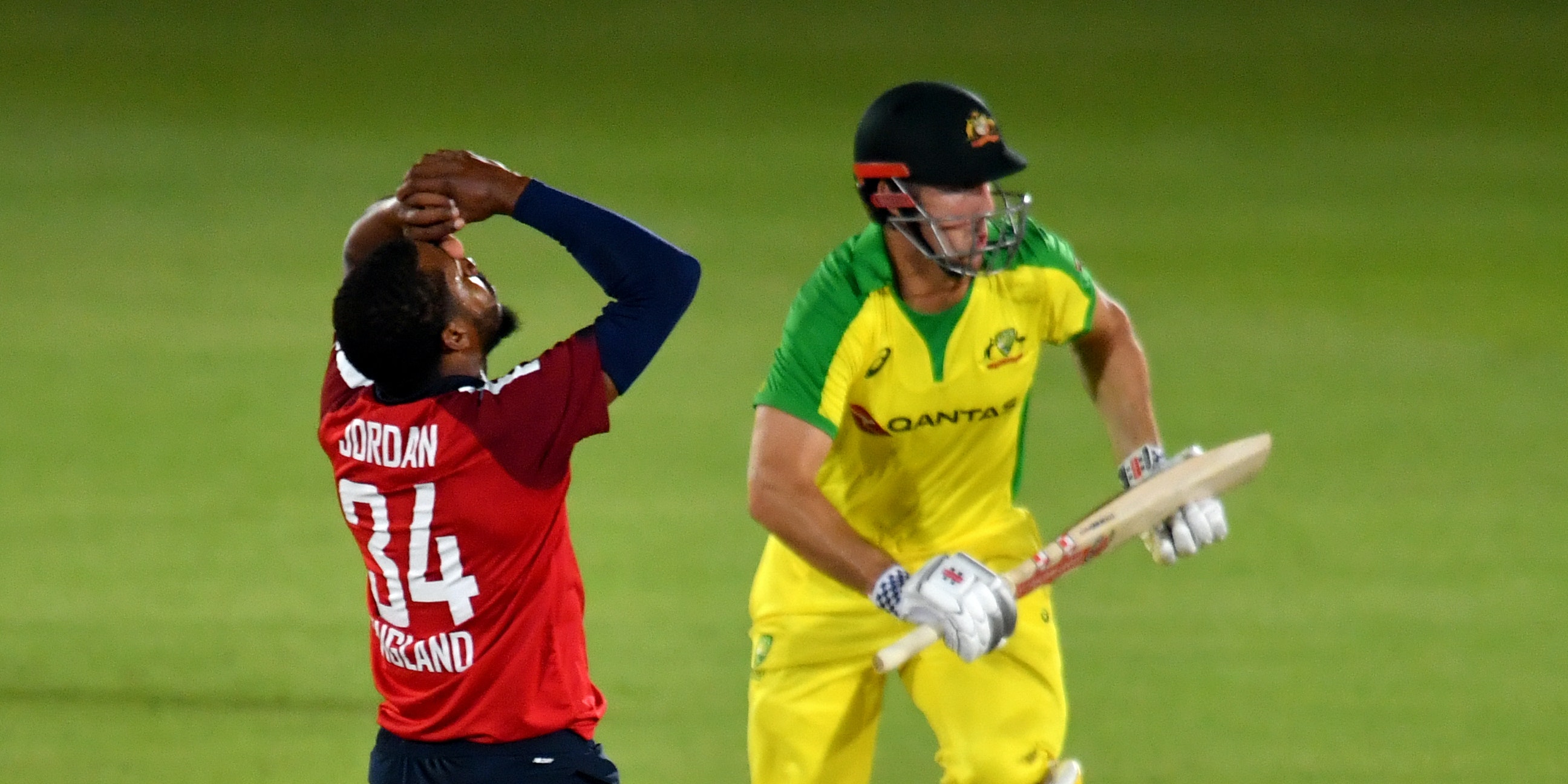 England missed out of the twin prizes of a series whitewash over Australia and an extended spell at number one in the world as they suffered a five-wicket defeat in the third Twenty20 international.

Captain Eoin Morgan’s dislocated finger saw him join a growing list of absent first-choice players – including Jason Roy, Ben Stokes and Jos Buttler for varying reasons – with Moeen Ali formally leading the side for the first time at the Ageas Bowl.

Sent in to bat first the hosts posted a modest 145 for six, Jonny Bairstow top-scoring with 55 as the rest of the depleted top six faltered, with a brilliant spell of three for 21 from Adil Rashid not quite enough in response.

Rashid controlled and attacked as he removed Glenn Maxwell, Aaron Finch and Steve Smith to get the nerves running in a team who had messed up a simple chase in their previous attempt, but the recalled Mitch Marsh made a sharp 39 not out to complete the chase with three balls remaining.

As a result Australia salvaged a 2-1 scoreline rather than a 3-0 humbling, and more importantly regained top spot in the ICC table, just two days after their rivals had leapfrogged them.

England’s batsman endured a flat-footed start from which they never quite recovered, Tom Banton’s audition at opener lasting six balls and bringing just two singles before he nicked Josh Hazlewood. Bairstow also struggled to locate his timing as the hosts laboured to 33 for one in the gentlest powerplay of the series.

Bairstow’s form eventually returned – first via a free-hit that sprayed off the toe end – then with a more commanding pull. The introduction of Ashton Agar helped, with 13 runs off his first visit but fellow spinner Adam Zampa had better luck, Dawid Malan (21) slog-sweeping his loosener to Marcus Stoinis.

Both slow bowlers paid the price as Bairstow played catch-up for his earlier struggles, launching two sixes in the space of four balls.

A third six saw him to his half-century in 41 balls, but Sam Billings cheap exit – feeding a reverse-sweep to slip – left England pining for Morgan. They probably needed Bairstow to bat through but his time came in the 14th over when he lobbed Agar into the off-side and saw the bowler dash towards mid-wicket for a long-distance caught and bowled.

Moeen (23) shone briefly, not least with a handsome six off Zampa to bring up the hundred, but fell to Mitchell Starc’s bowling and Smith’s careful catching in the deep.

Australia’s death bowling, shared between Kane Richardson and Starc, was exemplary as they allowed just 35 off the last five overs – including three consecutive edged fours from Joe Denly.

England’s score was thin and needed early wickets if it was going to look any more imposing by the end of the night. Instead, Australia continued to make the running.

Matthew Wade and Finch hammered Jofra Archer’s first over for 16 – level with the high point of the England innings – to ensure nobody missed the rested David Warner.

The definitive stroke, Wade picking one up from outside off stump and middling it for six over long-leg, was worth more than mere runs in terms of its psychological impact. Archer’s next attempt cost nine runs and another maximum, this time from Finch, before Mark Wood had Wade caught at mid-on.

Stoinis ensured no respite, clubbing five of his first 13 balls for four as Australia reached 61 for one after their powerplay – 28 in front of England’s comparative mark.

Finch had a life on 27, Bairstow letting a gimme catch slip through his gloves after getting underneath a top-edge leaving Rashid to grit his teeth.

Having hacked a chunk off the required run-rate Stoinis heaved Tom Curran straight to Banton for 26, leaving Australia 86 for two at halfway needing just one-a-ball.

Something dramatic was required and Rashid provided it in the 11th over with the wickets of Maxwell and Finch. Maxwell bamboozled himself with a botched paddle shot but Finch was beaten by a classic, ripping googly.

A third quick wicket would have heaped the pressure on but when Denly found Marsh’s edge with just two to his name, Malan allowed it to escape him at slip and skip away for four. It proved a costly miss.

Rashid was not done yet, though, and bowed out by removing Smith for three with the last ball of his spell, stooping for a low return catch. Australia were left needing 30 from the last five overs, with Marsh immediately chipping six off the task with one big swing off Wood before working the gaps smartly.

England never got back in front, with Agar the support act to Marsh, who finished things with a risky single off the third ball of the 20th over.