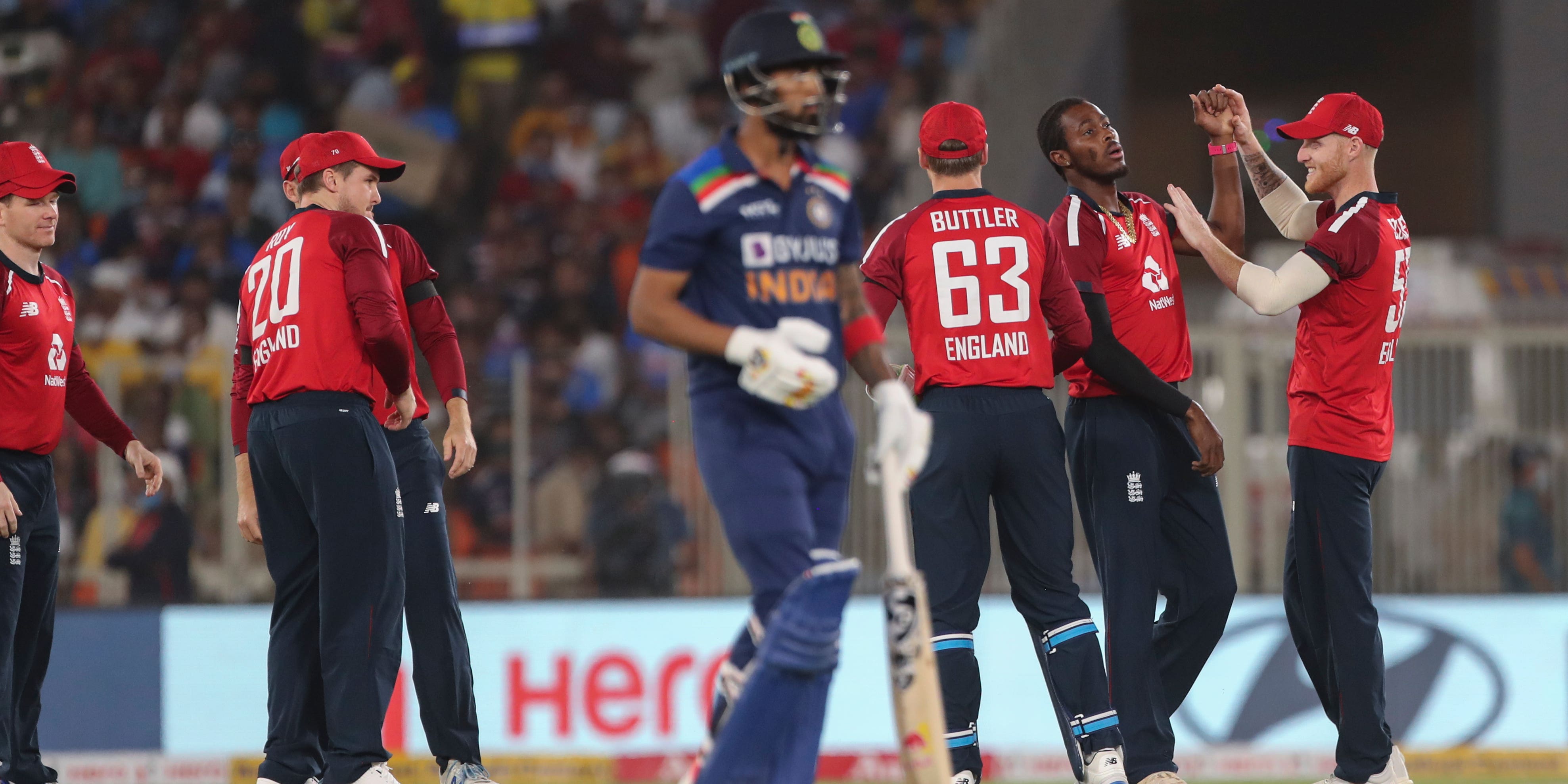 Jofra Archer returned to action to lead an impressive bowling display as England kept India to 124 for seven in the first Twenty20 against India in Ahmedabad.

Archer has been working back to fitness after an elbow injury ruled him out twice during the recent Test series and looked in in prime condition as he claimed three for 23 in a handy outing for the tourists’ attack.

He got the first of three powerplay wickets and returned to claim two in two balls in the 18th over, with India relying on Shreyas Iyer’s well-made 67 to salvage a score.

England captain Eoin Morgan kicked off with a couple of surprises, first leaving Moeen Ali out of the XI to make Adil Rashid a solitary spinner. The second was handing Rashid the new ball for the first time in the format.

Rashid usually does his best work through the middle overs but he set a strong tone first up by allowing just two off the first over. Archer upped the ante at the other end, turning in a wicket maiden and seeing off the world’s number three batsman, KL Rahul, who dragged down on to his own stumps with just a single to his name.

Captain Virat Kohli was next up and, after wearing an early blow from Archer on the glove, he was soon on his way for a five-ball duck – his third of the tour. Rashid was the man responsible, drawing him into an unusually inelegant hack to mid-off.

England made a good powerplay into a brilliant one when Mark Wood joined the attack, cramping Shikhar Dhawan from round the wicket before taking out leg stump at 92mph. That left India on 20 for three, with a quite outrageous reverse-scooped six from Rishabh Pant against Archer their only real moment of joy.

Pant (21) flicked Ben Stokes straight to Jonny Bairstow to make it 48 for four at halfway and India would have been down and out if not for Iyer’s measured 48-ball knock. He hit eight fours and one six as he shouldered almost all of the responsibility for making things competitive.

Archer’s second spell slowed any growing momentum, with the dangerous Hardik Pandya chipping to mid-off and Shardul Thakur pulling the very next ball straight to long-leg. Chris Jordan closed out, taking Iyer with him courtesy of a fine catch from Dawid Malan.