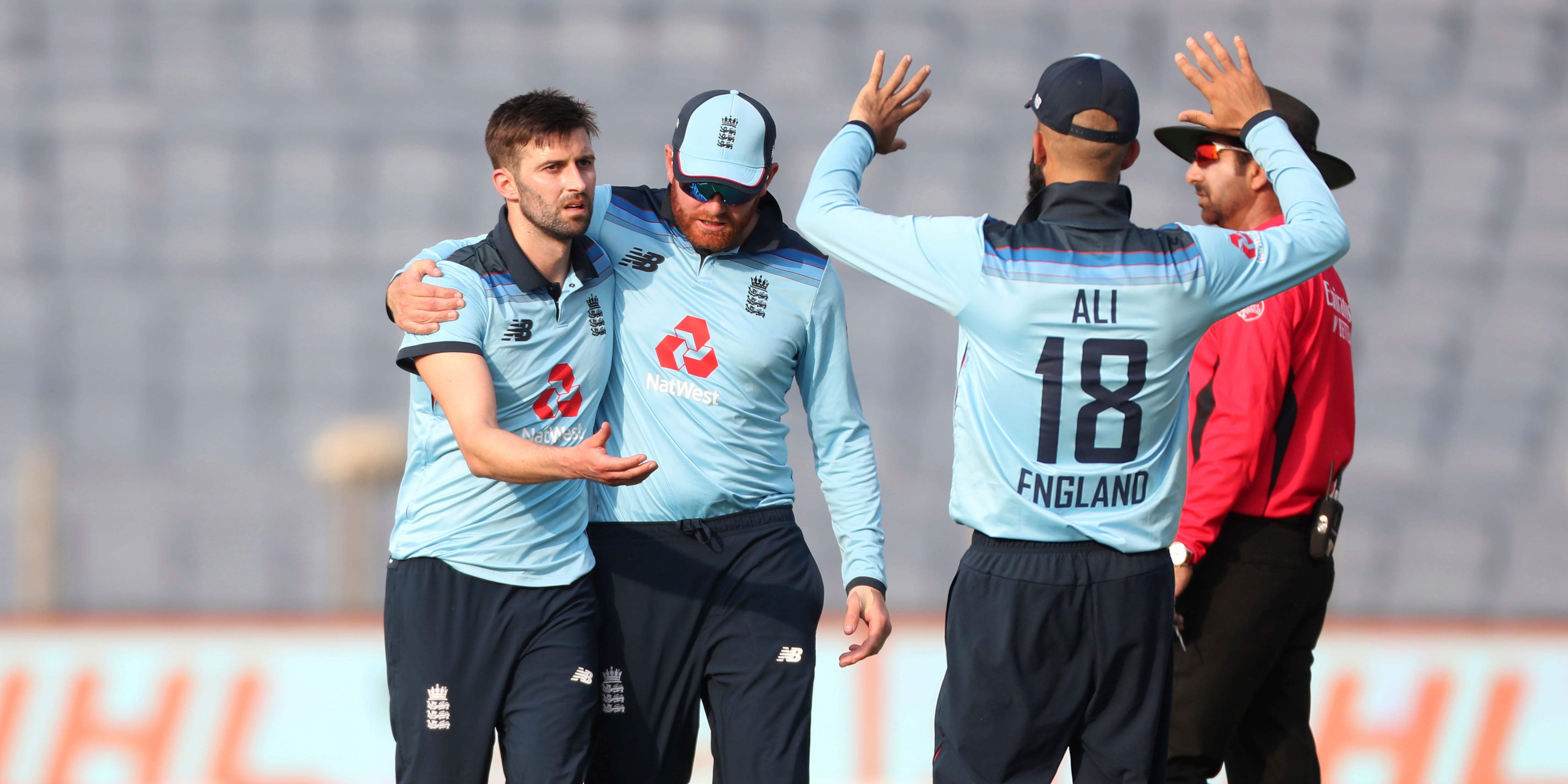 England’s bowlers dismissed India for 329 as they looked to end their tour with a series win in the third and final one-day international in Pune.

The innings started at a rollicking pace and received another big injection of power during a 99-run stand between Rishabh Pant (78) and Hardik Pandya, but England took regular wickets and pounced to wrap things up at the death.

India’s conservative approach at the start of their innings had attracted plenty of debate in the first two matches, with powerplay scores of 39 and 41 leaving plenty of catching up to do at the death.

Shikhar Dhawan and Rohit Sharma had clearly taken note, with both going on the attack. This time they managed a much-improved 65 for nought from the first 10 with 11 boundaries scored. Reece Topley copped for seven of those, as he struggled to find a consistent length.

After shipping 100 runs in 14 overs England were drifting until the spinners flipped the script with three wickets for 18 runs. Rashid offered up a few cheap boundary balls but also removed both set batsmen with undetected googlies.

Rohit (37) was cleaned up in classical fashion, bowled handsomely through the gate, and Dhawan’s knock of 67 ended with a leading edge and smart return catch.

Moeen had gone wicketless in his previous six ODIs but ended his barren streak with the prize scalp of Virat Kohli for seven. The India skipper aimed an elaborate swish into the off-side but lost his shape and his leg stump as the ball bit hard off the surface.

By the time Liam Livingstone added a fourth wicket with his second ball in international cricket, KL Rahul aghast after turning a slow full toss to short fine-leg, England were well on top.

But in Pant and Hardik, India found two happy hitters who were willing and able to change the tone. Pant launched Rashid and Livingstone into the stands and Hardik flogged three sixes off Moeen, who had conceded 19 off his first six overs then 20 off his next six balls.

The duo put on a rapid stand of 99 but would have been eyeing up the last 10 overs to do even more damage. Neither got that far, Jos Buttler getting Pant with a one-glove catch off Sam Curran and Hardik bowled round his legs by Ben Stokes.

England did not let the opportunity slip, taking the final four wickets for just eight runs as a visibly struggling Wood summoned enough energy and pace to scatter Shardul Thakur, Krunal Pandya and Prasidh Krishna. Topley finished things off with the wicket of Bhuvneshwar Kumar, leaving India all out with 10 balls to spare.