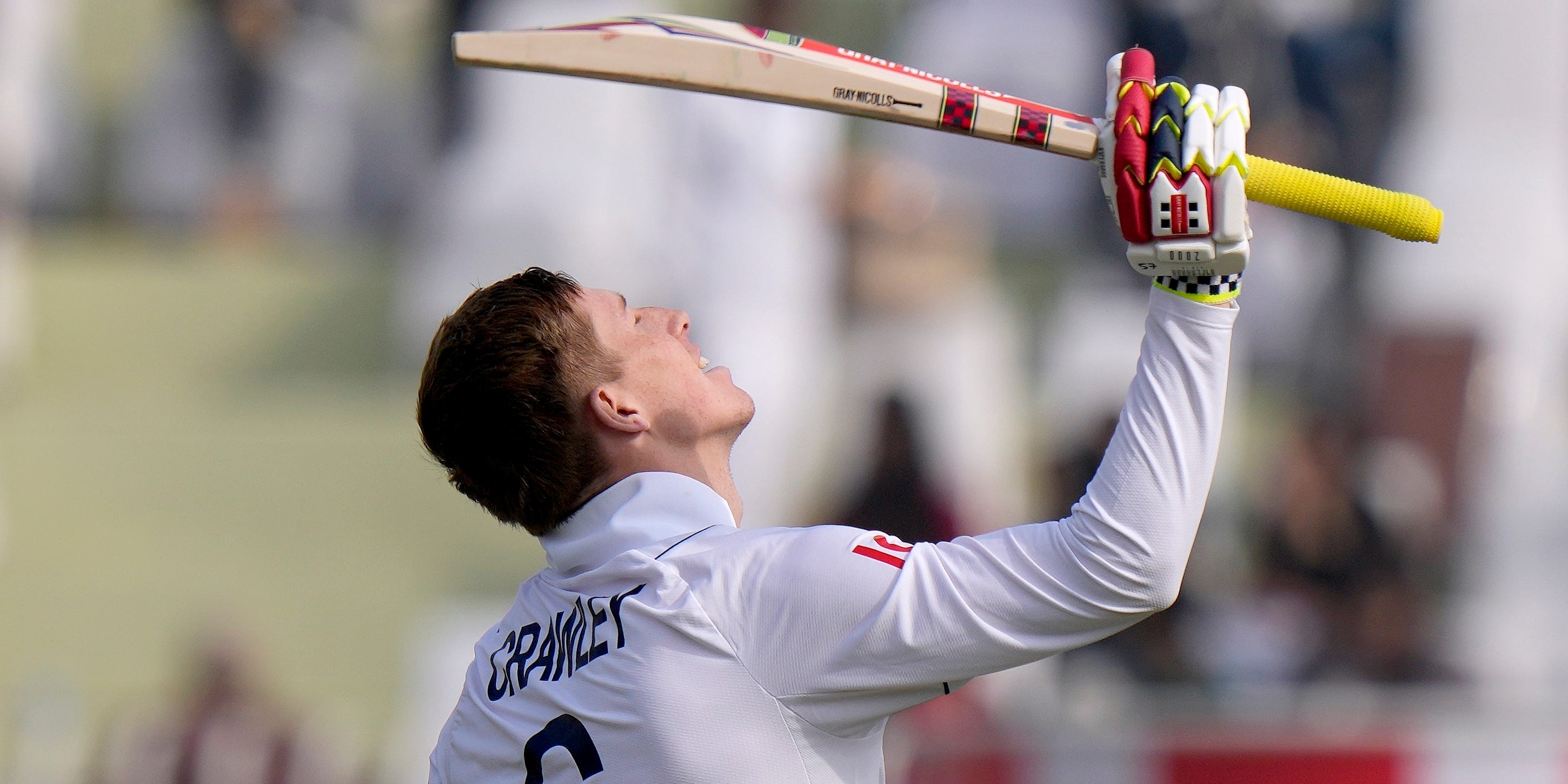 England rewrote the record books on a jaw-dropping day in Rawalpindi, piling up an inconceivable total of 506 for four in just 75 overs of outright domination.

Here, the PA news agency looks at some of the notable achievements along the way.

Most runs scored on day one of a Test

England would have been over the moon to reach stumps on their tea total of 332 for three, but with confidence soaring through their line-up and Pakistan’s bowlers labouring from the off, they had their sights set higher. Just before bad light intervened they usurped Australia’s first-day record of 494 runs. With 15 overs lost to the gloom, they could have realistically trumped the record for any day of Test cricket – 588 scored jointly by England and India on day two of the 1936 Old Trafford Test.

Fastest century by an England opener

Zak Crawley set the tone for a record-breaking run-fest, taking 14 runs off Naseem Shah’s first over of the day. He barely looked back from there, roaring to three figures in 86 deliveries and shaving nine off the previous record by Graham Gooch against India in 1990. Harry Brook was in an even bigger hurry, bringing up his maiden international century in just 80 balls. At one stage he was set to make England’s quickest ever, but he slipped behind Gilbert Jessop (76) and Jonny Bairstow (77) as he closed in.

The top three of Crawley, Ben Duckett and Ollie Pope all celebrated tons – just the third time in Test history that an England team has kicked off their innings with a hat-trick of hundreds. The previous occasions came in Brisbane during the opening match of the 2010/11 Ashes, as Alastair Cook, Andrew Strauss and Jonathan Trott dug deep to force a draw, but the only other instance dates back to 1924 when Jack Hobbs (211), Herbert Sutcliffe (122) and Frank Woolley (134no) flayed South Africa at Lord’s. Joe Root stopped the sequence in its tracks but when Brook made it four, it was the first time England had a quartet of centurions since Cook, Paul Collingwood, Ian Bell and Matt Prior against the West Indies in 2007.

Brook had the luxury of walking in with 286 runs already on the board – not the kind of luxury England number fives have often had in recent times. But he played conditions magnificently and upped the ante even more in the 68th over when he clobbered Saud Shakeel for a boundary off each of his six deliveries. No English player has ever managed that feat before, but Bob Willis, Matthew Hoggard and James Anderson have all been on the receiving end in the past.

England saved plenty of shoe leather, scoring a rampant 73 boundaries and three sixes. That accounted for 310 of their runs on the day – 61.3 percent of their final tally. Crawley was responsible for the most, collecting 21 fours, while Brook hit two of the sixes.

He may not have had time to join the hundred club, at least not yet, but captain Ben Stokes showed he can still walk the walk with the attacking style of cricket he has promoted. Arriving late in the evening session, he smashed 34no off just 15 balls – a fierce strike-rate of 226.26 putting him top for outright aggression.