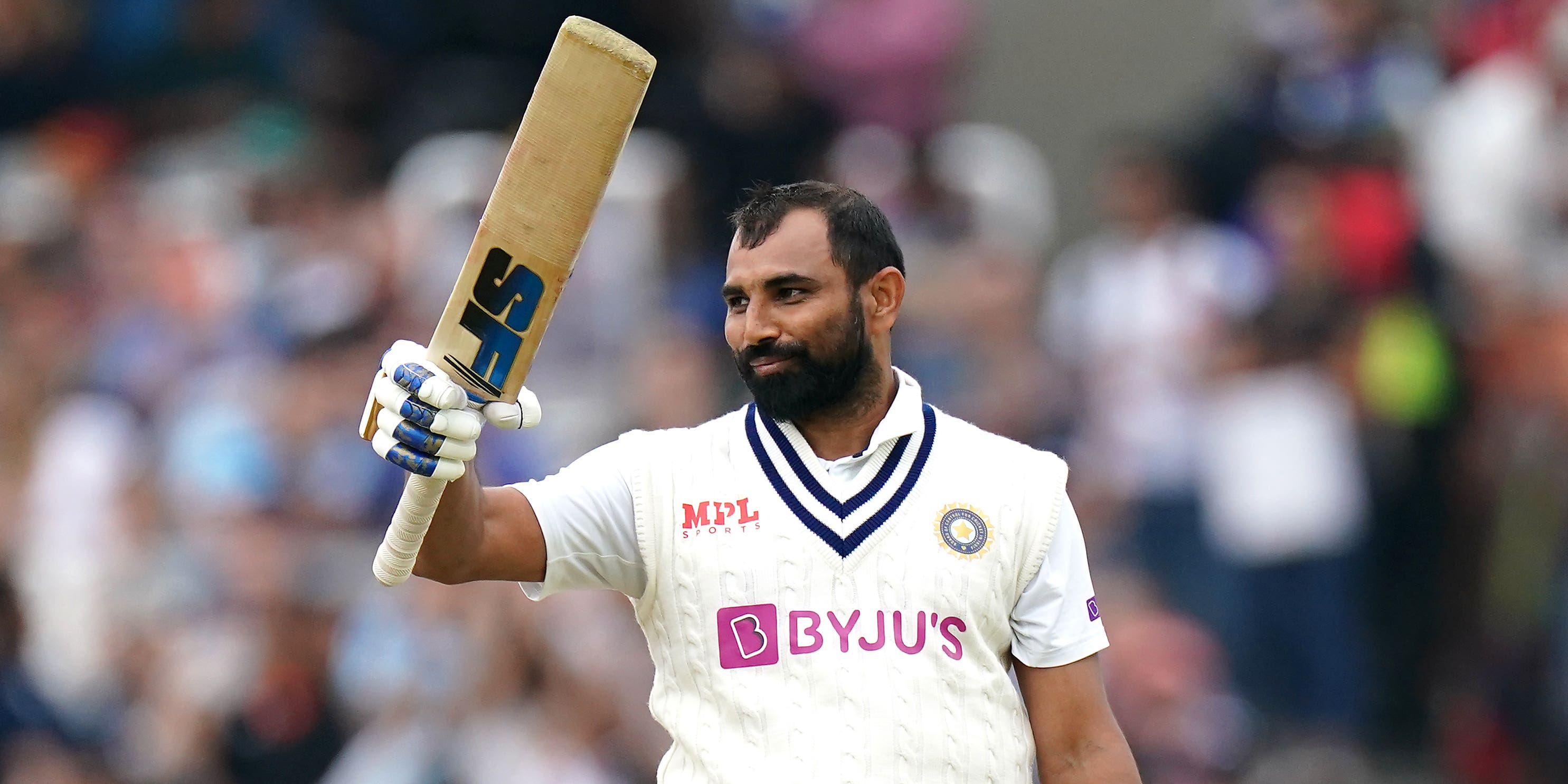 England allowed control of the second LV= Insurance Test to slip through their fingers on the final morning at Lord’s as India’s tailenders Mohammed Shami and Jasprit Bumrah conjured a remarkable counter-attack.

The pair edged, slashed and smashed their way to an unbroken ninth-wicket stand of 89 as a rattled England saw a promising position flipped into a hugely pressurised one. India declared on 298 for eight in the second over after lunch, leaving England a notional chase of 272 from 60 overs.

Shami finished with 56 not out and Bumrah unbeaten on 34, both career-best efforts.

The hosts had all the momentum when bad light stopped play on the fourth evening, which ended with India 154 ahead with four wickets left, and strengthened their grip on the match when Ollie Robinson removed the dangerous Rishabh Pant in the fourth over of the day.

As the last recognised batsman he had been seen as the key player, so when he nicked behind for 22 England held all the cards.

At that point the lead was just 167, but Joe Root’s side were unable to put their opponents away. Robinson produced a wonderful slower ball to see off Ishant Sharma for a useful 16, but what followed was unedifying chaos.

Shami and Bumrah boast career batting averages of 11.23 and 3.55 respectively but they wildly over-delivered on expectations to turn proceedings on their head.

Bumrah’s arrival at number 10 brought the worst out of England, who initially seemed intent on exacting revenge for his barrage of no-ball bouncers on James Anderson earlier in the match.

Mark Wood, patched up after injuring his shoulder on the fourth evening, was their chosen weapon and he set about banging out some short stuff in retaliation.

He clattered Bumrah flush on the helmet early in his stay, but England were guilty of taking their eyes off the bigger prize. Too few balls were attacking the stumps or the outside edge and they were sucked into an emotional battle that spilled over with angry words involving an unsettled Jos Buttler.

Root bafflingly began to remove slips and station extra boundary fielders, with easy singles on offer all over. India were soon 200 in front, with Virat Kohli an animated cheerleader on the away balcony.

England shuffled through their bowling options but could not stop the bleeding as Sam Curran and Moeen Ali saw themselves smashed over the infield.

Jonny Bairstow tried in vain to pull off a wonder catch at short-midwicket, but Root was guilty of grassing a simpler chance at slip when Moeen took Bumrah’s edge.

England were ragged but Shami was rampant. He took a liking to Moeen, launching the spinner for two aerial fours before bringing up an unlikely half-century with a biff for six over wide long-on.

The interval came with England punch drunk and India contemplating an unexpected declaration, which came after another nine balls and 12 runs.