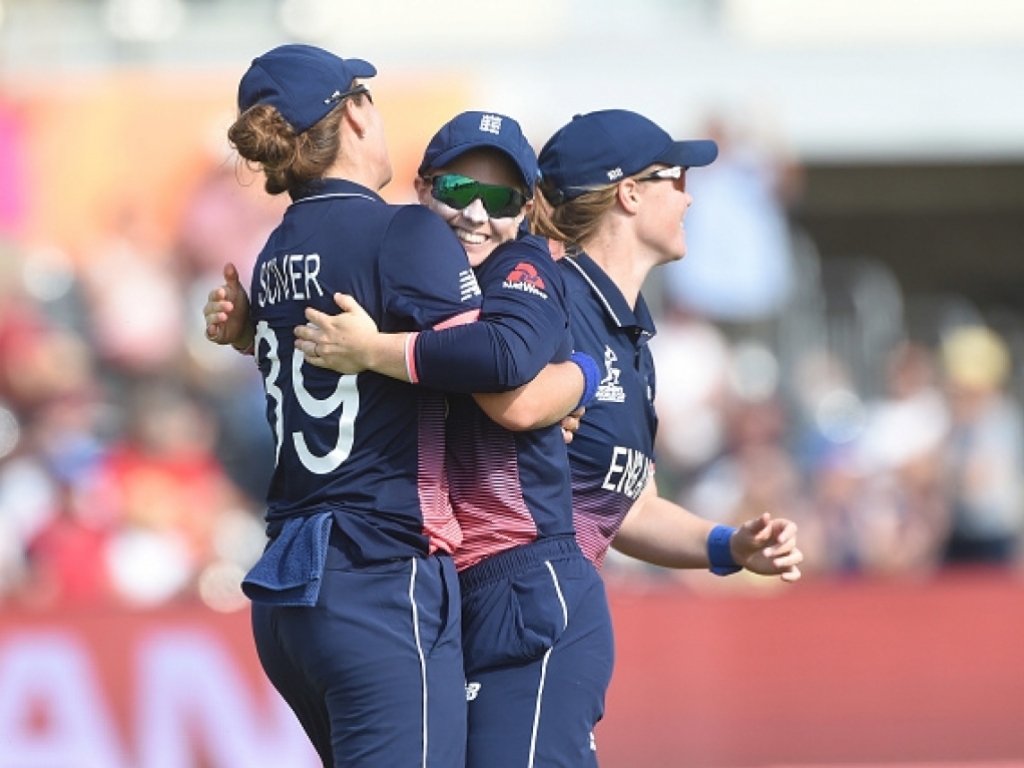 England beat Australia by three runs in an exciting clash that went down to the last over at the Women’s World Cup in Bristol on Sunday.

Chasing a target of 260, Australia got off to a solid start as openers Beth Mooney (31) and Nicole Bolton (26) put on 56 for the first wicket.

Left-arm spinner Alex Hartley made the breakthrough for the hosts but Ellyse Perry and Meg Lanning (40) kept the women from Down Under up with the rate.

Australia lost wickets at key junctures with Jenny Gunn (2/54), Anya Schrubsule (1/33) and Katherine Brunt (2/42) making sure England were still in the game but Perry kept her composure and was set to bat until the end.

However, Brunt snared Perry’s wicket for a well constructed 70 in the 47th over that tipped the scales to the home side once again.

With 16 needed from the final over, Gunn held her nerve to give England their World Cup win over Australia since 1993.

Earlier, almost all of England’s batters made contributions as they reached 259/8 in their 50 overs.

The top-scorer in the innings was opener Tammy Beaumont, who struck 49, and while Brunt completed a good allround game with 45 not out.

Elyse Villani was the pick of Australia’s bowlers with 3/42 from five overs.