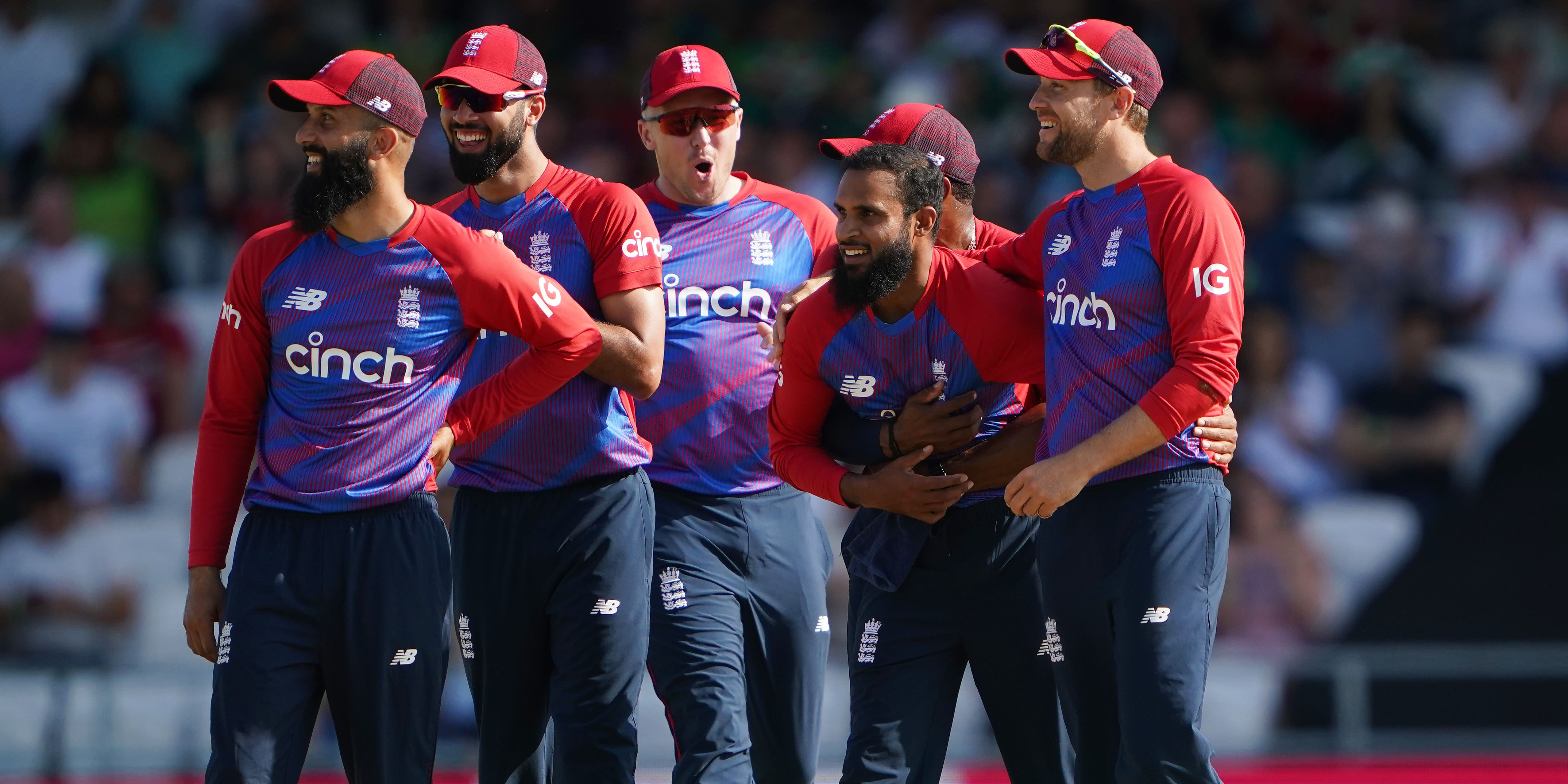 England spun their way to success in the second Vitality Twenty20 against Pakistan as a 45-run win squared the series at 1-1.

Having broken with tradition by including Adil Rashid and Matt Parkinson as twin leg-spinners at Headingley, England saw the pair seize control of the match with a defining spell that slammed the breaks on Pakistan’s chase.

Between them the duo allowed just 55 runs and took three wickets from eight controlled overs, backed up by Moeen Ali’s off-breaks which accounted for another two batters.

The tourists were eventually stranded on 155 for nine, well short of England’s 200 all out. Jos Buttler played a defining hand in the first innings, top-scoring with 59 after returning as captain in place of the rested Eoin Morgan.

The first T20 international in Leeds started with an action-packed first over, Jason Roy smashing Imad Wasim for six and four before spiralling a catch to short third man.

Imad capitalised by picking up Dawid Malan for one on the sweep, leaving Buttler and Moeen with some early rebuilding work ahead. They warmed instantly to the task, scoring 19 apiece off the fifth and sixth overs.

Buttler scooped Mohammad Hasnain over his shoulder for an outrageous six, before pinging a pair of more traditional strokes between third man and cover. Not to be outdone, Moeen swung hard at Haris Rauf, picking the gaps expertly to pocket four boundaries in the blink of an eye.

A powerplay total of 66 for two represented a strong recovery and Moeen kept the crowd catchers in business with a huge smear off Shadab Khan. He eventually fell for 36 off just 16 balls, popping Hasnain to mid-off, but Buttler’s consistent scoring and the arrival of Liam Livingstone kept the tempo red hot.

Fresh from scoring England’s fastest ever century at Trent Bridge, Livingstone clubbed his fourth delivery for six before he and Buttler took turns heaving Imad into the stands in the 13th over. Pakistan needed wickets to halt the march and Hasnain grabbed a key one when Buttler drilled straight to mid-off.

Jonny Bairstow came and went cheaply on his home ground and Livingstone was messily run out for 38, a few seconds after launching Rauf destructively over the newly developed Football Stand. The lower order managed another 35 off the last four overs, but lost Tom Curran, Rashid, Chris Jordan and Parkinson to the cause.

The chase started steadily, Babar Azam and Mohammad Rizwan chipping off 50 with controlled flashes of aggression. Babar, as always, was the prize scalp and it was Saqib Mahmood who claimed it. Dragging back his length and taking pace off after being hit over the top, he saw an attempted drive plug to mid-off.

An unexpected sighting of Moeen’s off-spin in the sixth over cost England 14 and when he was quickly shuffled for Rashid, the Yorkshireman struck at the first attempt. Tossing it up and turning it past Sohaib Maqsood’s outside edge, he allowed Buttler to swoop for a stumping.

Rashid and Parkinson proceeded to strangle the run-rate, killing the tempo as their first six overs allowed a stingy 35.

Rashid soon had his second wicket with a brilliant one-handed catch, Rizwan smashing a full toss too close to the local boy’s follow through.

First Hafeez picked out Bairstow at the second attempt, then Fakhar was cleaned up on the charge. With two wickets and just three runs conceded, Moeen’s second visit had effectively settled the result.

Parkinson got a deserved wicket when he foxed Azam Khan for Buttler’s second stumping Mahmood preyed on the tail, dismissing Shaheen and yorking Rauf to inflate his figures to three for 33.