England squad a mix of very old and new 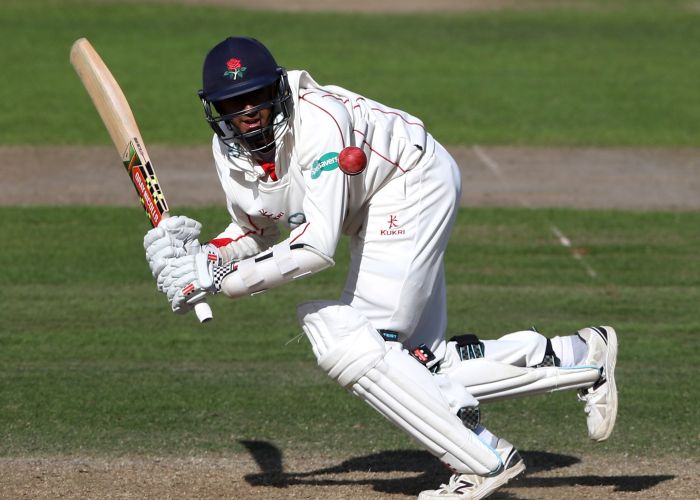 England have announced a new-look Test squad for the tour to Bangladesh, recalling spinner Gareth Batty after 11 years in the wilderness, and handing a spot to Lancashire’s teen batting sensation Haseeb Hameed.

Surrey captain Batty last played a Test in 2005, coincidentally against the Tigers, and he averages over 66 with the ball in his seven Tests. He will be behind Moeen Ali and Adil Rashid in the pecking order though.

Hameed, meanwhile, has been a revelation in Manchester, and will compete with another new face, Ben Duckett, to be Alastair Cook’s 10th opening partner in four years. Duckett has scored over 2000 runs in all formats this season.

All-rounder Zafar Ansari has also been handed a call-up, adding another spinner to the stocks. Ansari was named in an England squad last season but got injured before the tour could kick off.

The absences of Alex Hales and Eoin Morgan by choice, and the resting of Joe Root in the ODI squad have allowed for Duckett, James Vince, and Jonny Bairstow to get places, while Jos Buttler will captain the team.

Selector James Whitaker said: “After a summer of progress at home across all formats, we can expect another test of our credentials this autumn.

“The challenge we face will be very different and the structure of our squads reflects the conditions we expect to encounter in Bangladesh.

“Haseeb Hameed, for someone so young, has had an impressive season in the Specsavers County Championship with Lancashire. He has been a consistent performer and his four centuries, against some of the best bowling attacks in the country are testament to his outstanding temperament and attitude. We feel he fully deserves an opportunity to compete for a place at the top of the order in our Test side.

“Ben Duckett merits his call-up to both squads after showing his qualities as an attacking batsman, both in the county game and for the England Lions. Throughout the campaign, he has scored heavily for Northamptonshire in First-class cricket including two double hundreds.

“His 220 not out for the England Lions in a 50-over game against Sri Lanka A earlier this summer was very special and we look forward to seeing Ben continue his development at the highest level in the game.

“Selecting four spinners for the Test matches will give the coaches and captain plenty of options. Alongside Moeen Ali and Adil Rashid, we are excited about the qualities that Zafar Ansari and Gareth Batty bring to the squad.

“Zafar has great potential both with bat and ball and Gareth’s experience as one of the country’s best slow bowlers and his ability to be effective in subcontinent conditions will be beneficial this winter.”