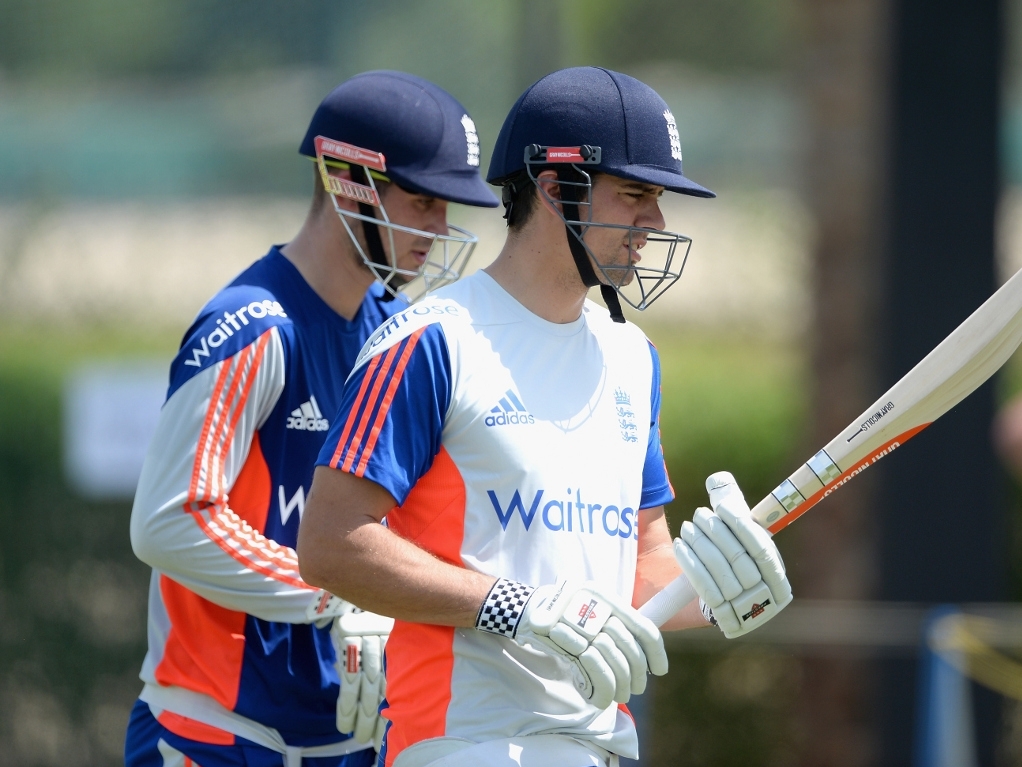 England coach Trevor Bayliss said on Friday that they have not yet decided who will be captain Alastair Cook's opening partner ahead of the first Test against Pakistan, starting on 13 October.

Moeen Ali and Alex Hales are the candidates that will be vying to bat at the top of the order in the three-match Test series in the Middle East.

England have two warm-up games before the first Test and Bayliss confirmed that Hales and Moeen will get an opportunity to stake a claim to the opening slot.

The decision could also depend on the conditions that the tourists will face, maybe playing two spinners which will see Moeen promoted to open and Adil Rashid drafted into the side.

When asked who will open the batting in the first Test, Bayliss said: "I don't think we've got a definitive answer just yet. We've got a few days of practice and a couple of warm-up games … before we select that [Test] team.

"It will probably get down, from a bowling point of view, to whether we want an extra spinner or pace bowler … [then] do we want an extra batter? It could get down to one of those decisions, and who opens the batting could be a consequence of that.

"I think both those players will get an opportunity. We'll play the first [warm-up] … and then see what we need to achieve out of that last match.

"It will probably be determined on how we play in the first one, and who needs an extra hit, who's had enough … but I'm sure, especially those two boys, will get their opportunity."