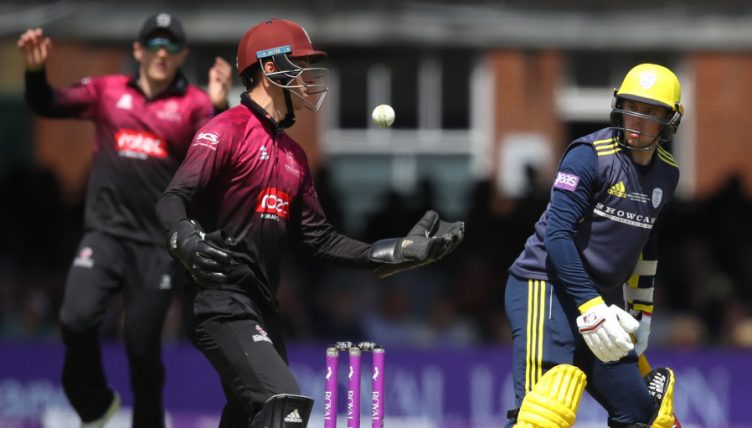 Recent England T20 call-up Tom Banton will make his Big Bash bow down under after news emerged the Somerset wicketkeeper-batsman has signed for the Brisbane Heat ahead of the upcoming campaign.

The 20-year-old, who was called up to England’s Twenty20 squad for the tour of New Zealand following a breakthrough summer at Taunton, will represent the Heat in their first eight games.

Banton was named PCA Young Player of the Year last week after hitting 533 runs in the Specsavers County Championship, 454 in the Royal London One-Day Cup and 549 in the Vitality Blast.

Banton will be joined by former South Africa batsman AB De Villiers plus Afghanistan spinners Mujeeb Ur Rahman and Zahir Khan as the Heat’s overseas players.

He told the Heat’s official website: “If you had asked me at the start of the summer would I imagine it going like this, I would have probably had a laugh and suggested you weren’t serious.

“I was blown away when it was announced last week that AB was coming to join the Heat, so what was already going to be a huge experience just got bigger.”

Heat coach Darren Lehmann added: “He was the talk of English cricket during their season. Outside the Ashes, Tom was the player that a lot of people were really excited to be watching, and with good reason.”