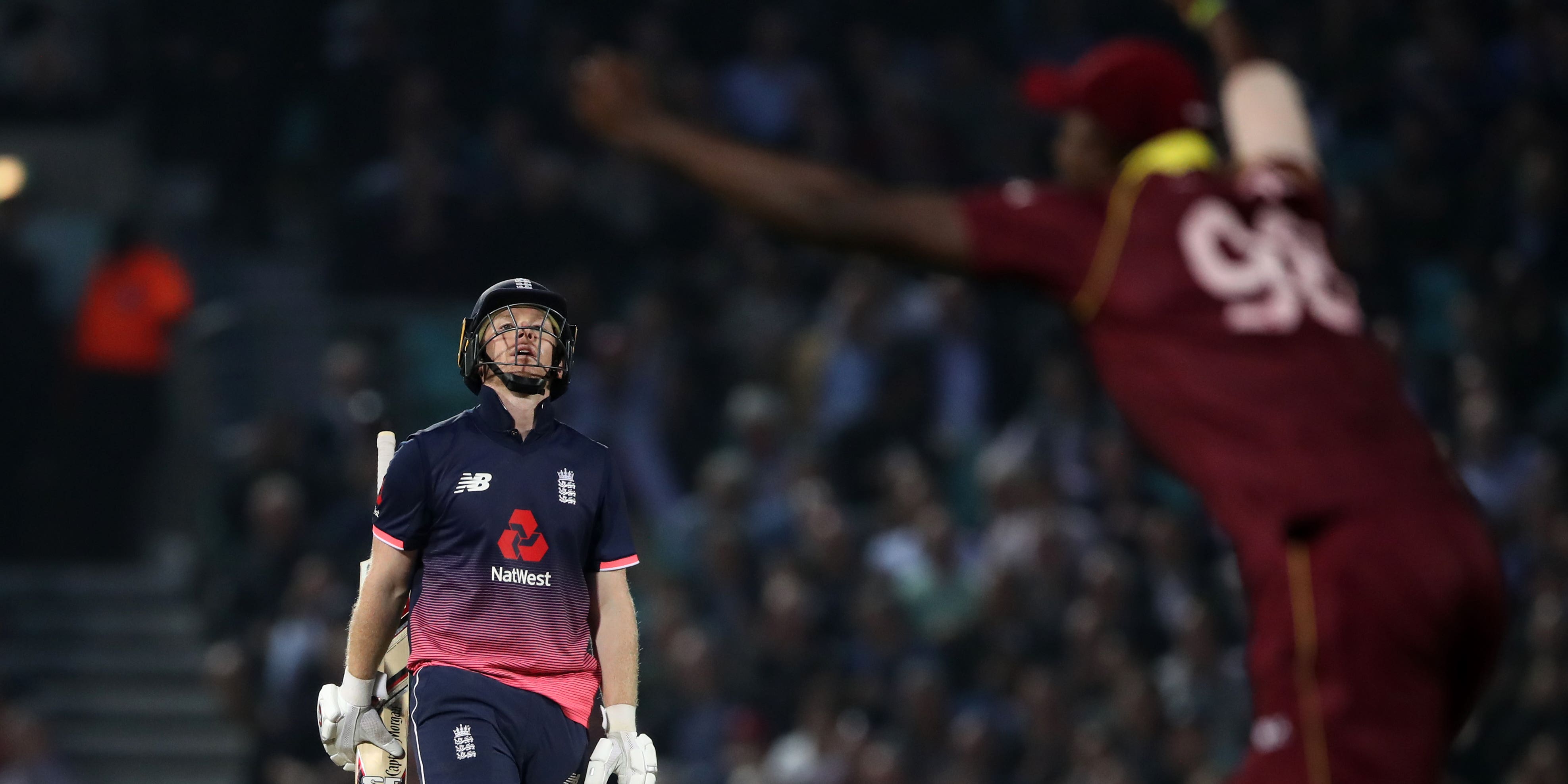 England will begin their Twenty20 World Cup campaign in October against West Indies in a rematch of the 2016 final.

Eoin Morgan’s side are aiming to add the sprint format title to their 50-over crown, which was won during a thrilling final at Lord’s in 2019.

“The ICC Men’s T20 World Cup is going to be brilliant,” Morgan said via the International Cricket Council.

“The standard of T20 cricket around the world is improving exponentially and every nation has a chance of becoming World Champions. It should be one of the closest and most competitive world tournaments to date and we can’t wait to get started.”

England’s tournament will get under way in a repeat of the memorable 2016 T20 final, where Ben Stokes was hit for four consecutive sixes in the last over by Carlos Brathwaite to help West Indies win by four wickets.

That Super 12 Group One encounter takes place on October 23 in Dubai and England will take on one of hosts Oman, Papua New Guinea, Scotland or Bangladesh four days later in Abu Dhabi.

Old foes Australia are England’s opponents on October 30 in Dubai, with the upcoming Ashes series in the winter set to add more spice to the encounter, before two days later Morgan’s men face one of Ireland, Holland, Sri Lanka or Namibia in Sharjah.

A contest with South Africa at the same venue concludes England’s Super 12 Group One campaign, and the 2010 T20 winners will hope to have done enough to reach the semi-finals, which occur on November 10 in Abu Dhabi and on November 11 in Dubai. Three days later the final takes place in the latter city.

The tournament, which was scheduled to take place in India but owing to the coronavirus pandemic has been moved to the United Arab Emirates and Oman, officially begins on October 17 with round one games in Group A and B.

Hosts Oman and Papua New Guinea have the honour of starting the 2021 World Cup with a 2pm local time (10am GMT) Group B match on that day before Scotland and Bangladesh, the other sides in the group, do battle later in the evening at 6pm.

The top two from the group progress into the Super 12 and Scotland also face Papua New Guinea on October 19 and take on Oman two days later.

Meanwhile Ireland, who are in Group A, play Holland on October 18, do battle with Sri Lanka two days later and conclude the initial phase of the tournament against Namibia with the teams finishing first and second also qualifying for the Super 12 stage.

Australia were set to host the T20 World Cup in 2020 but the outbreak of Covid-19 saw the tournament moved back two years with the 2021 edition remaining in its scheduled place.