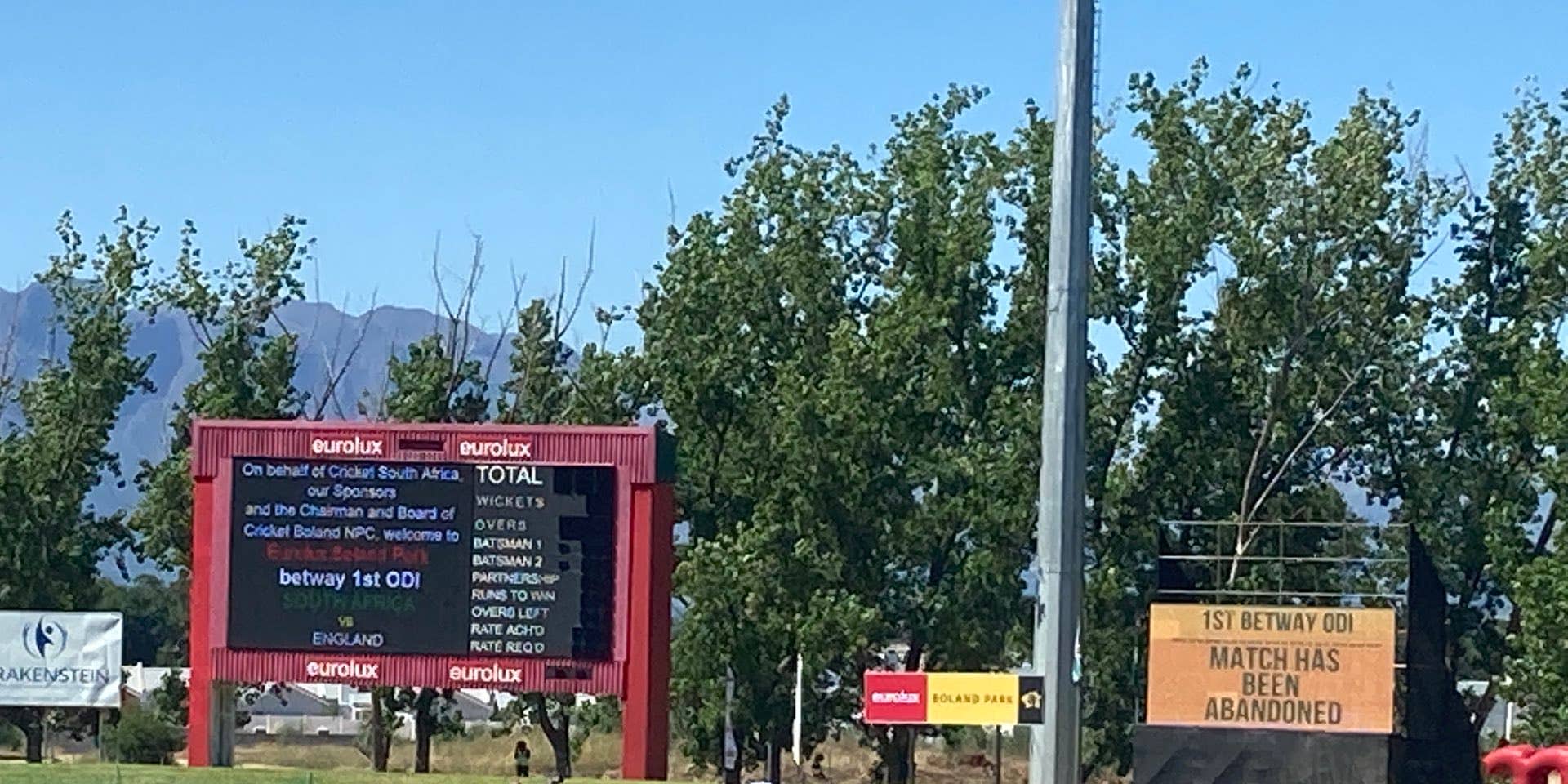 England’s one-day series against South Africa was on the verge of cancellation after two members of the touring party received “unconfirmed positive tests” for Covid-19 and the opening match was abandoned for the second time.

The first ODI was originally called off on Friday after a member of the Proteas squad tested positive, the third player to do so since England’s arrival, but the boards agreed to resume the series after the Proteas returned a full round of negatives on Saturday morning.

But there was another twist on Sunday when it emerged that two members of staff at the teams’ shared Vineyard Hotel as well as two of the England group had returned positive tests. The match was abandoned, with the tourists all advised to self-isolate in their rooms ahead of further analysis.

Announcing the news, the England and Wales Cricket Board said: “The decision was taken after two hotel staff members testing positive for Covid-19.

“As a precaution, the England players and management underwent an additional round of PCR tests on Saturday evening. Following the test results, two members of the England touring party have returned unconfirmed positive tests for Covid-19. The players and management are now self-isolating in their rooms until further advice from the medical teams. The medical advice from both CSA and ECB is that the match cannot not take place.

“A decision on the remaining matches in the series will be taken once the results of the tests are ratified independently by medical experts.”

Despite that cautious wording it seems near impossible that the remaining two matches, due to take place at Newlands on Monday and Wednesday, will now go ahead. Instead, an early departure seems the likeliest outcome. England also cancelled their previous overseas trip, leaving Sri Lanka in March ahead of a two-match Test series as concerns over the pandemic were surging.

Ashley Giles, managing director of England men’s cricket, said: “We regret that we are unable to play in today’s ODI, but the welfare of the players and support staff is our primary concern and whilst we await the results of further tests the medical advice from both teams was that this game should not take place.

“We remain in constant dialogue with Cricket South Africa and will continue to work closely with them to determine how best to move forward.”

Former Proteas captain Graeme Smith, now their director of cricket, said: “CSA is doing everything in our power to ensure that our top priority, which is the health, safety and welfare of players, support staff and all involved in this series is safeguarded. With that in mind, we have made the joint decision to cancel today’s match.

“We are deeply regretful of the situation we find ourselves in after the amount of time and energy that has been put in place to host a successful tour.

“We are in continuous talks with the ECB as we navigate the situation under the guidance of our combined medical teams.”

Earlier, the general manager of the Vineyard Hotel, Roy Davies, had issued a statement detailing events at the five-star establishment.

“The Vineyard Hotel can confirm that two staff members tested positive for Covid-19 on Friday, December 4 following the positive test of a South African player on Thursday, December 3,” he said.

“At this stage, it is not clear how the staff members became infected as neither have left the bio-secure area since November 16 and they do not work on the same team or in the same area. Our Covid response team is endeavouring to establish all the facts and contact tracing is underway.

“Our number one priority is the safety and wellbeing of our staff and guests and we have placed all our resources and efforts into investigating and resolving the situation. Both members of staff and a player who also tested positive on Friday are currently isolated in on-site apartments some distance from the hotel which have been kept sterilised and available for this purpose.”